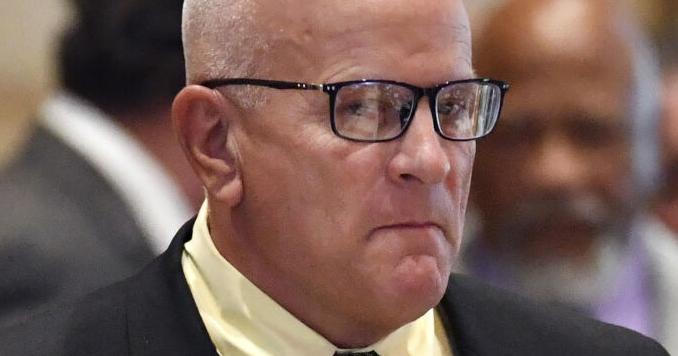 Louisiana legislators are not great fans of the Supremacy Clause, but it is in Oil City that the defiant spirit is at its most potent.

Danny McCormick is a Republican state legislator from that tiny outpost, and it clearly stuck in his craw to “recognize that the United States Constitution and the laws of the United States are the supreme law of the land.”

He did so in a bill that then proposed to abolish abortion altogether regardless of the “opinions and judgments of the Supreme Court of the United States in Roe v. Wade.” It went on to permit the state to disregard “any federal court decision” that “purports to enjoin” the new state law. Is he planning to secede?

Sometimes it may be ignorance that makes states propose, or even pass, unconstitutional laws, but it is obvious from McCormick’s preamble, that that is not the case here.

Giving the feds the finger is evidently an Oil City trait; a few years ago, McCormick’s predecessor in the legislature, Jim Morris, got a bill past the House called the Louisiana Preservation of Gun Rights Act.

It proposed that, if the feds should ever impose a ban on semi-automatic weapons, any official enforcing it would be jailed for two years.

Morris said that a futile defense against the inevitable constitutional challenge would be worth “every dime” of the taxpayer’s money.

Thus, at the next election after Morris was term-limited out, it seemed unlikely that the voters could find an equally unhinged replacement. We underestimated the voters of Caddo Parish, for, when McCormick won the seat, Oil City had a man in Baton Rouge who averred, when masks were mandated inside Shreveport businesses to combat COVID-19, that citizens were being treated like Jews in Nazi Germany.

Grabbing a blowtorch and chain saw, he videotaped himself destroying surgical masks.

Give Oil City credit for bringing comic relief to the earnest business of government and helping Louisiana in what appears to be a quest to enhance the gaiety of the nation.

U.S. Supreme Court justices don’t usually get many laughs, but its newest appointee, Metairie’s own Amy Coney Barrett, recently had them rolling in the aisles when she declared that she and her colleagues were not a “bunch of partisan hacks.”

Justices, being nominated by the president, and confirmed by the Senate, are necessarily political animals and may well be partisan hacks into the bargain.

Now we have a court that, first, summarily declined to block a strictly anti-abortion, and thus currently unconstitutional, Texas law, by assigning it to a “shadow docket,” where cases are disposed of without the inconvenience of oral argument.

That clearly presaged the end of Roe v. Wade, and now a leaked draft opinion indicates the court is poised to do just that.

Whether you regard that as good or bad, nobody can doubt that the court’s 6-3 Republican majority that made it possible was the result of cynical, partisan maneuvering.

Mitch McConnell, the Republican from Kentucky who was head honcho of the Senate when it was Republican-controlled, sat on President Barack Obama’s nomination of Merrick Garland to the Supreme Court for a year.

But he was quick off the mark once Trump took over. After ensconcing Neil Gorsuch and Brett Kavanaugh, McConnell completed the trifecta that doomed Roe by rushing Barrett’s nomination through days before the election that finished Trump.

If these justices are not partisan hacks, they might as well be.