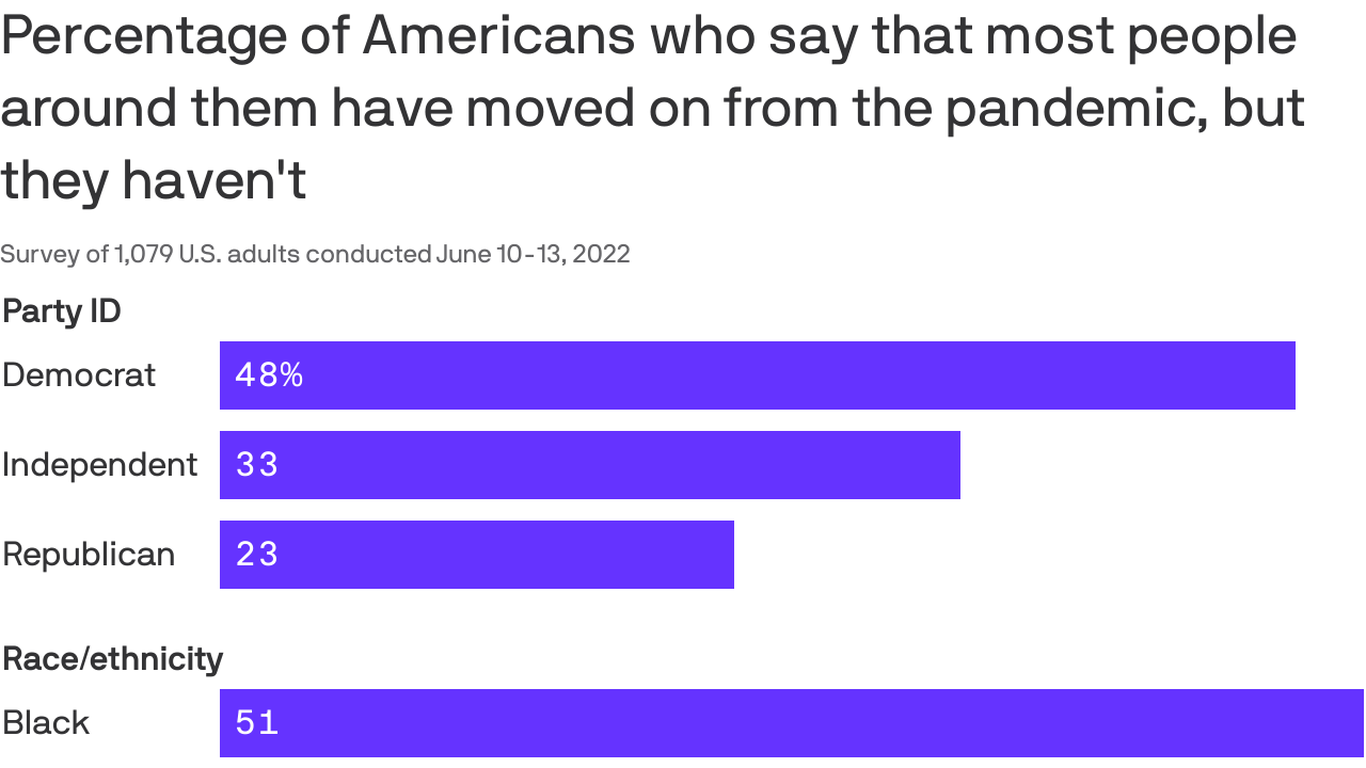 One-third of Americans say most everyone they know except themselves seems to be moving past the pandemic, according to the latest installment of the Axios/Ipsos Coronavirus Index.

Why it matters: Black, Democratic and urban respondents are the most likely to express this dichotomy. It’s the latest measure of U.S. society fracturing over how to deal with rising case rates and hospitalizations in a post-mandate world.

The big picture: Just 31% of survey respondents say they believe the pandemic is over, unchanged from last month. But 42% say they’ve already returned to their normal, pre-COVID lives.

The intrigue: The survey found wide, bipartisan support for requiring a negative COVID test for international travels coming into the U.S. — 55% of Republicans, 70% of independents and 84% of Democrats — even though the requirement was just lifted.

Zoom in: Overall, 35% of respondents agreed with the following statement: “I feel like most people around me have moved on from the pandemic, but I haven’t.”

Methodology: This Axios/Ipsos Poll was conducted June 10-13 by Ipsos’ KnowledgePanel®. This poll is based on a nationally representative probability sample of 1,079 general population adults age 18 or older.