The Perfect Enemy | India’s standing diminishes not just in Islamic countries, with US and the UN also taking a second look
Skip to content
July 5, 2022
Read Time:5 Minute 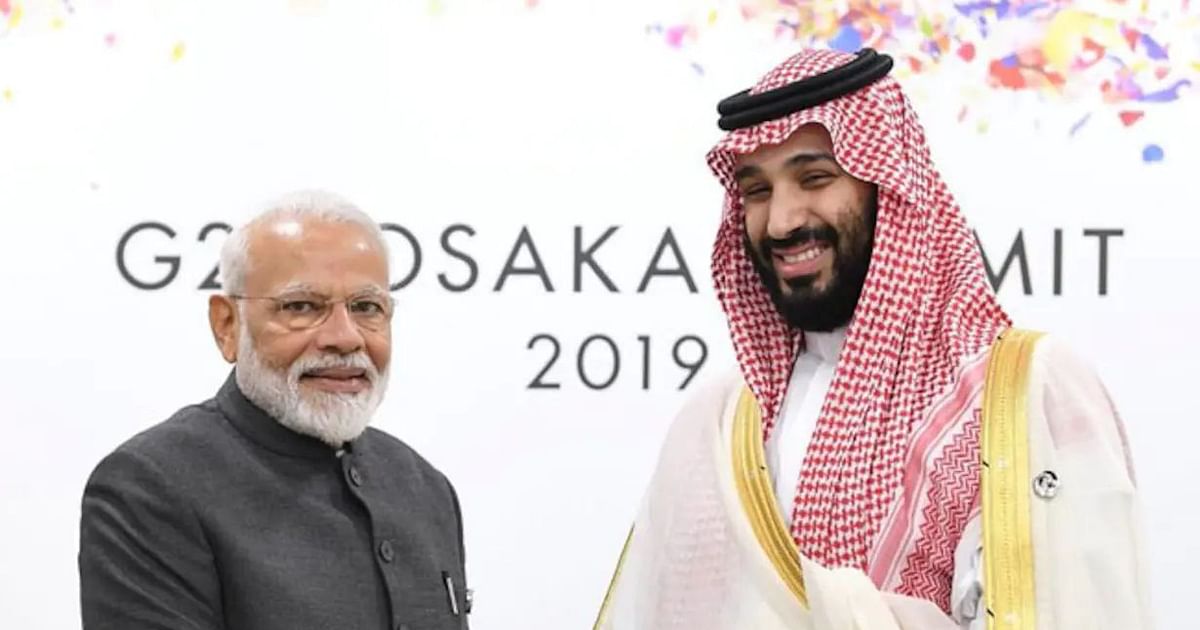 Last year had seen savage attacks on Muslims by Hindu mobs that evoked little official condemnation. While Jamiat Ulama-i-Hind petitioned the Supreme Court against assaults and repeated instances of hate speeches against Muslims across the country – especially genocidal calls made at the Dharma Sansad (religious conclave) in Hardwar by Hindu extremists who pledged to eliminate Muslims if necessary to make India a Hindu rashtra – 76 SC lawyers sought immediate judicial intervention, while voicing concern about law enforcement agencies “succumbing to non-state actors” in failing to protect minority rights. The petitioners also alleged that Uttar Pradesh police had arrested over 100 Muslims who were protesting against particularly inflammatory remarks by conclave organiser Yati Narsinghanand Saraswati, while none of the “hate mongers” had been acted against.

Modi has invested much effort in cultivating ties with the Arab world, visiting the UAE four times as Prime Minister, the emirates being India’s third-largest trading partner, behind China and the US. Saudi Arabia supplies around 20 per cent of India’s crude oil requirements and Qatar, nearly 40 per cent of India’s gas imports. Kuwait doubled its bilateral trade over the past two years, and in 2020-21, India’s trade with the six GCC nations amounted to nearly $155 billion, its exports accounting for just $44 billion of this. These countries also host nearly nine million Indian expatriates, while accounting for nearly 65 per cent of India’s annual remittances that totalled $87 billion in 2021, India being the world’s largest recipient of remittances.

Washington, in turn, appears to be yet weighing the odds on defining its partnership with India. When he was the Democratic US presidential nominee in 2020, Joe Biden, now President, had expressed disappointment over the CAA as well as over the implementation of the National Register of Citizens (NRC) in Assam, and had urged for the restoration of rights of all Kashmiris. His policy paper had noted that “these measures” were inconsistent with India’s long tradition of secularism and sustenance of a multi-ethnic and multi-religious democracy. Also, in her meeting with Modi in Washington last September, Indian-origin Vice President Kamala Harris did not shirk from impressing upon him how imperative it was to defend democratic principles and institutions, and to uphold human rights.

Biden also singled out India from within the Quad, the Indo-Pacific-focussed coalition of the US, India, Australia and Japan, when he called out India as “somewhat shaky” in supporting the US-led condemnation of Russia’s war against Ukraine, even as Australia and Japan were unequivocal in their rebuke. He went on to warn that “there is no room for excuses or equivocation”. His setting up last September of a new trilateral security alliance for the Indo-Pacific, called AUKUS, an acronym of the three partner countries, Australia, the UK and the US, also complicates India’s constancy in the US-led campaign against a rising China in this region. The move might presage an eventual supplanting of India by the UK in Washington’s scheme of things, signaling the Biden administration’s waning dependence on India in rebalancing the power equations in the littoral.

It is also believed that Biden might find it increasingly difficult to enlist a democracy-shunning India in partnerships like the Quad, which is positioned against an undemocratic China. After all, the 2021 Country Report on Human Rights Practices: India, released in April by his State Department’s Bureau of Democracy, Human Rights, and Labour, has stopped just short of accusing the Modi regime of crimes against humanity. This annual report, also known as the Human Rights Report, covers internationally recognised individual, civil, political, and worker rights, as set forth in the Universal Declaration of Human Rights and other international agreements.

Some of the human rights issues it lists are: unlawful and arbitrary killings, including extrajudicial killings by the government or its agents; torture and cases of cruel, inhuman, or degrading treatment or punishment by police and prison officials; harsh and life-threatening prison conditions; arbitrary arrest and detention by government authorities; political prisoners or detainees; arbitrary or unlawful interference with privacy; restrictions on free expression and media, including violence, threats of violence, or unjustified arrests or prosecutions against journalists, use of criminal libel laws to prosecute social media speech; restrictions on internet freedom; overly restrictive laws on the organisation, funding, or operations of nongovernmental organisations and civil society organisations; refoulement of refugees; serious government corruption; government harassment of domestic and international human rights organisations; lack of investigation of and accountability for gender-based violence; crimes involving violence and discrimination targeting members of minority groups based on religious affiliation, social status or sexual orientation or gender identity; and forced and compulsory labour, including child labour and bonded labour.

It adds: “Despite government efforts to address abuses and corruption, a lack of accountability for official misconduct persisted at all levels of government, contributing to widespread impunity. Investigations and prosecutions of individual cases took place, but lax enforcement, a shortage of trained police officers, and an overburdened and underresourced court system contributed to a low number of convictions.”

Even the World Health Organisation (WHO) called the Modi government’s bluff on its handling of the coronavirus. In his online ‘State of the World’ address to the World Economic Forum in January, Modi had boasted, “(India) has saved the world, entire humanity, from a major tragedy by effectively controlling coronavirus.”

A 16 April New York Times report had, however, revealed that the publication of a WHO survey of the pandemic was being delayed by a defiant India as the survey had estimated India’s toll at 4 million when the country officially claimed a total 483,178 virus-related deaths. Modi accorded a sumptuous reception to WHO director general Tedros Ghebreyesus on his India visit on 19 April, even jocularly naming him ‘Tulsibhai’, a name common in his homestate of Gujarat, saying, “As a Gujarati, I would call my best friend Tulsibhai.”

Ghebreyesus perhaps was unimpressed, as the WHO report on India, finally released on 5 May, persisted firmly with the reported tally, maintaining, “Several million Covid-19 deaths have most likely gone unreported in India.”

The Prime Minister had pledged to build a “New India” while canvassing in 2019, but the country in 2021 witnessed scenes that harked back to the pestilence of the Middle Ages: multiple bodies heaped on pyres, bodies burnt in the streets as cremation and burial grounds ran short of space, and decomposing bodies floating in the Ganga, at times being picked at by stray dogs. Barrages of corpses overwhelmed mortuaries, and graves were dug to depths that accommodated two to four bodies in tiers.

It was former Prime Minister, Dr Manmohan Singh, who said, “I hope the Prime Minister has understood that foreign policy cannot be conducted by forcibly hugging leaders, playing on swings or going for biryani uninvited.”

(The writer is executive editor of Business India. Views are personal)