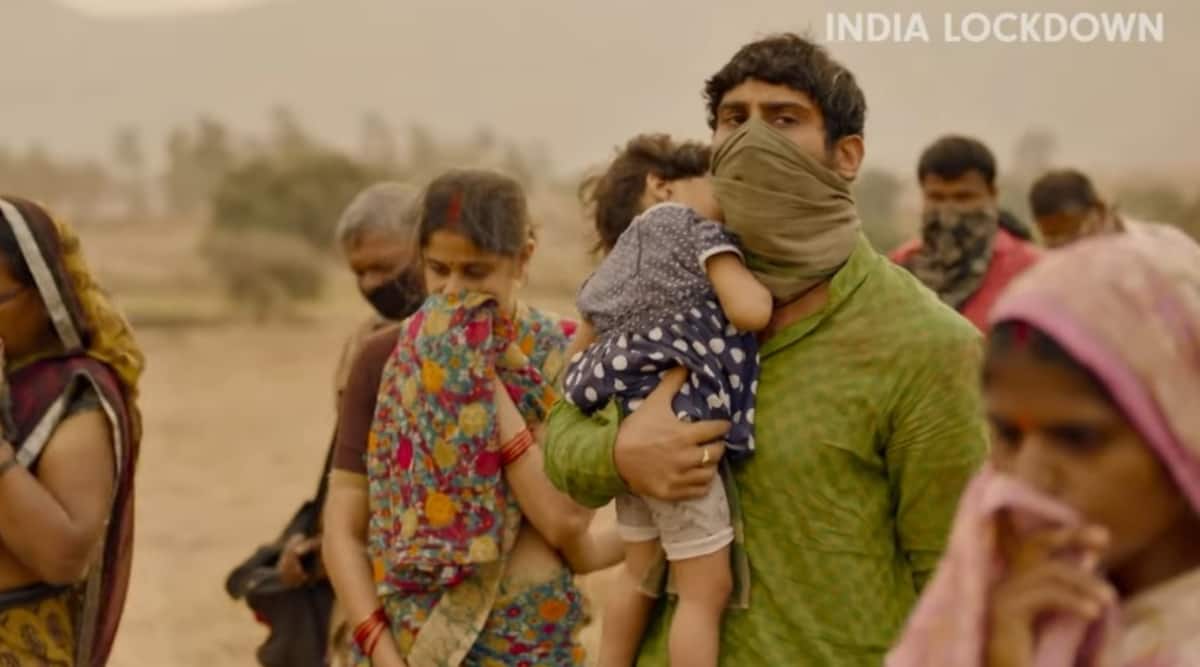 On Thursday, ZEE5 dropped the trailer of Madhur Bhandarkar’s India Lockdown. The film is based on the initial days of the first wave of the Covid-19 pandemic when the government called for a 21-day lockdown across the country. The trailer will send shivers down your spine as it recreates the horrors of the time when it was plain chaotic. Written by Amit Joshi and Aradhana Sah with Madhur Bhandarkar, the film will explore the lives of four characters, and how the unforeseen situation causes turbulence in their lives.

The trailer relives the early March 2020 days, as everyone tried to grasp the ‘new normal’. The empty roads, people masked and authorities in PPE kits, the visuals seem like watching your worst dreams come alive. Through the trailer, Bhandarkar touches upon the varied emotions as the four narratives move ahead parallelly. The horrifying visuals of migrant workers, including their young children walking on roads like cattle, continue to haunt us. Also, while many were laid off, we wonder if anyone actually gave a thought about how sex workers survived with their lanes being empty. The film will bring the tales of how lives were changed ‘irreversibly’ for many.

Prateik Babbar and Sai Tamhankar play a migrant worker-couple, who are left jobless during the lockdown. With no means of transport, they are forced to walk back to their hometown, facing more troubles on the way. Shweta Basu Prasad plays a sex worker from Kamathipura and wonders how she will earn her next meal while practicing social distancing. While Ahana Kumra plays a pilot, who for the first time experiences downtime, compelling her to introspect, Prakash Belawadi plays a father, who is stuck in a different city, during a crucial high point in his daughter’s life.

India Lockdown is set to premiere at IFFI Goa on Monday. Expressing her excitement about the same, Sai Tamhankar, in a statement shared, “I couldn’t have possibly wished for more. For the film to be premiering on such a revered and respected platform is a huge honour. I am so humbled by the very thought itself.”

She also spoke about being the ‘Madhur Bhandarkar heroine’. “At first it seemed like I was dreaming. To be a part of Madhur sir’s film is a distinction in itself for any actress. I learned so much from him. Even after all these years, there were still things I was able to only realise while working on India Lockdown. I am eternally grateful for the opportunity,” she shared.