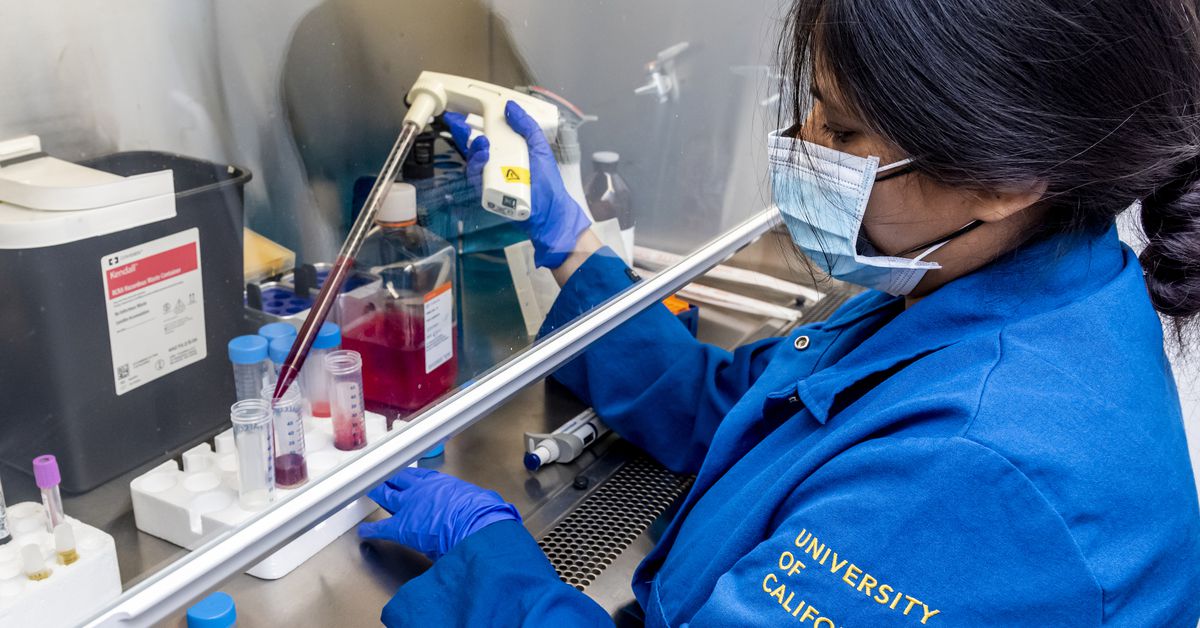 This week, the White House held a summit on the future of Covid-19 vaccines that brought together scientists and vaccine manufacturers to discuss new vaccine technologies. Officials said that new vaccines are an urgent priority as US Covid-19 cases and hospitalizations are rising once again, vaccination rates are hitting a plateau, Covid-19 funding is running low, and the virus itself is continuing to mutate.

But in recent months, scientists have also learned that the immune cells that provide lasting protection — known as memory B cells and T cells — can keep the worst effects of the most recent versions of the virus at bay, even if they were trained to corral older strains of SARS-CoV-2. Vaccine researchers are expanding their focus from antibodies to these memory immune cells as the new discoveries open a path toward universal coronavirus vaccines.

Universal vaccines, however, are still a long way off — possibly years — drawing on approaches never used before. “That’s a scientific challenge,” said Anthony Fauci, chief medical advisor to the president, during the summit.

The good news is that far fewer people are dying from the disease compared to the wave of cases this past winter spurred by the omicron variant of SARS-CoV-2, the virus that causes Covid-19. The first round of Covid-19 vaccines is still holding death rates down to around 360 per day, according to the Centers for Disease Control and Prevention. Still, health officials want to do better.

“While the vaccines are terrific, hundreds of Americans, thousands of people around the world are still dying every day,” Ashish Jha, the White House Covid-19 response coordinator, said Tuesday. “Building a new generation of vaccines will make an enormous difference to bringing this pandemic to an end.”

The National Institutes of Health is already funding several research teams developing Covid-19 vaccines that elicit protection against many different versions of the virus, shield against future changes to the virus before they arise, and protect against other coronaviruses.

From there, health officials are aiming not just to develop vaccines that provide more durable protection against a wider array of threats, but also rethinking the vaccination strategy overall. With a better understanding of long-term immunity, more robust vaccines, and a comprehensive public health approach, health officials say they have a better shot at restoring normalcy.

Much of the discussion around vaccines and immunity to Covid-19 centers on antibodies, proteins produced by the immune system that attach to the virus. And indeed, they are important.

Antibodies that prevent the virus from causing an infection in the first place are called neutralizing antibodies. A high concentration of antibodies in the body that blocks SARS-CoV-2 is a key indicator of good protection against reinfection. Antibodies can also serve as a way to mark intruders so that other immune system cells can dispose of them.

But making large quantities of antibodies takes a lot of resources from the body, so their production tapers off with time after an infection or a vaccination. Another concern is that antibodies are very particular about where they attach to the virus. If the virus has a mutation at that attachment site — called an epitope — antibodies have a harder time recognizing the pathogen. That’s why some antibody-based treatments for Covid-19 are a lot less effective at stopping the omicron subvariants.

Fortunately, the immune system has other tools in its chest. Inside bone marrow lie stem cells that differentiate to become B cells and T cells. Together, they form the core of the adaptive immune system, which creates a tailored response to threats. After a virus invades a cell, it hijacks its machinery to make copies of itself. White blood cells known as cytotoxic T cells, a.k.a. killer T cells, can identify the wayward cell and make it self-destruct. This mechanism doesn’t prevent infections, but it stops them from growing out of control.

Another type of T cell, called a helper T cell, acts as an “on” switch for B cells, which are the cells that manufacture antibodies. After an infection is extinguished, some T cells and B cells turn into memory cells that stick around in parts of the body, ready to rev up if a virus dares to show up again.

So far, the adaptive immune system seems to hold up pretty well. The first round of Covid-19 vaccines was targeted against the earliest versions of the virus, so plenty of vaccinated people have had breakthrough infections, especially from the newer variants. But only a tiny fraction of those immunized have fallen severely ill or have died.

That likely means that their immune systems couldn’t keep the virus out entirely, but their immune cells were able to spool up once an infection took root.

“Someone’s neutralizing antibodies may not be up to the task, but if they have the T cell response, that may make all the difference with severe disease,” said Stephen Jameson, a professor of microbiology and immunology at the University of Minnesota.

In just the past year, many studies have borne out the significance of memory B cells and T cells for long-term Covid-19 immunity and answered critical questions about whether they can respond to new variants.

Researchers have found that lower levels of memory B cells were associated with a greater risk of breakthrough infections from the delta variant. On the other hand, B cells induced by Covid-19 vaccines could reactivate months out from the initial vaccine doses to churn out antibodies.

Similarly, scientists found that T cells generated by vaccines were able to recognize SARS-CoV-2 variants like omicron months later. “These data provide reasons for optimism, as most vaccine-elicited T cell responses remain capable of recognizing all known SARS-CoV-2 variants,” scientists wrote in a March paper in the journal Cell.

Another study showed that Covid-19 vaccines generated strong T cell memory that protected against the virus even without neutralizing antibodies. “I think the immunological memory which is induced by vaccines is pretty good and is actually sustained,” said Marulasiddappa Suresh, a professor of immunology at the University of Wisconsin-Madison who coauthored the study, published in the Proceedings of the National Academy of Sciences in May.

Whether this protection will hold up over the course of years remains to be seen. Experiences with past coronaviruses like MERS showed that antibodies to the virus can last for four years. Covid-19, however, is spreading at much higher levels and mutating more than MERS did during its initial outbreak. Future protection against the disease hinges on the immune system as well as how much the virus itself will change, and scientists are closely watching both.

Most vaccines to date are designed to counter one or a handful of versions of a given virus. They present the immune system with a target that allows it to prepare its defenses should the actual virus ever invade.

The fact that B cells and T cells have managed to hold off newer variants hints that it may be possible to target the virus in other ways. Rather than just making neutralizing antibodies that attach to the spike, the adaptive immune system could also produce non-neutralizing antibodies that bind to other regions of the virus that mutate very little, if at all. While these antibodies may not block an infection from taking root, they may be able to provide more durable protection against severe illness that holds up against future SARS-CoV-2 variants.

Another approach is to present the immune system with a variety of different potential mutations of a virus, allowing white blood cells to prepare a response to a spectrum of threats and fill in the blanks.

Universal vaccines have not been deployed before, so researchers are in uncharted territory, and the shots likely won’t be ready ahead of a potential fall spike in Covid-19 cases. But developing such a vaccine could eventually reduce the need for boosters and give health officials a head start on countering future outbreaks.

In the meantime, US health officials are planning to distribute vaccines reformulated to target newer Covid-19 variants by September, but it’s not clear yet what the optimal strategy will be to deploy them given the wide range of immune protection across the population. Between infections and vaccinations, the majority of people in the country have had some exposure to the virus, granting some degree of protection. And since the adaptive immune response to Covid-19 seems to be robust in most people, it may not be necessary for everyone to get an additional shot.

One option is to seek out those with weaker immune systems for boosters. Researchers have now developed a rapid test to measure T cell responses to Covid-19 that could identify people who are more vulnerable to reinfections or breakthrough infections.

Though vaccines are absorbing the most severe consequences from Covid-19, infections are still proving disruptive. Covid-19 outbreaks are contributing to staffing shortages at hospitals, schools, and airlines, leading to delays and cancellations. And the more the virus spreads, the more opportunities it has to mutate in dangerous ways. Stopping this threat requires limiting infections, which in turn still demands measures like social distancing and wearing face masks.

So as good as the next generation of vaccines may prove to be, they are only one element of a comprehensive public health strategy for containing a disease.