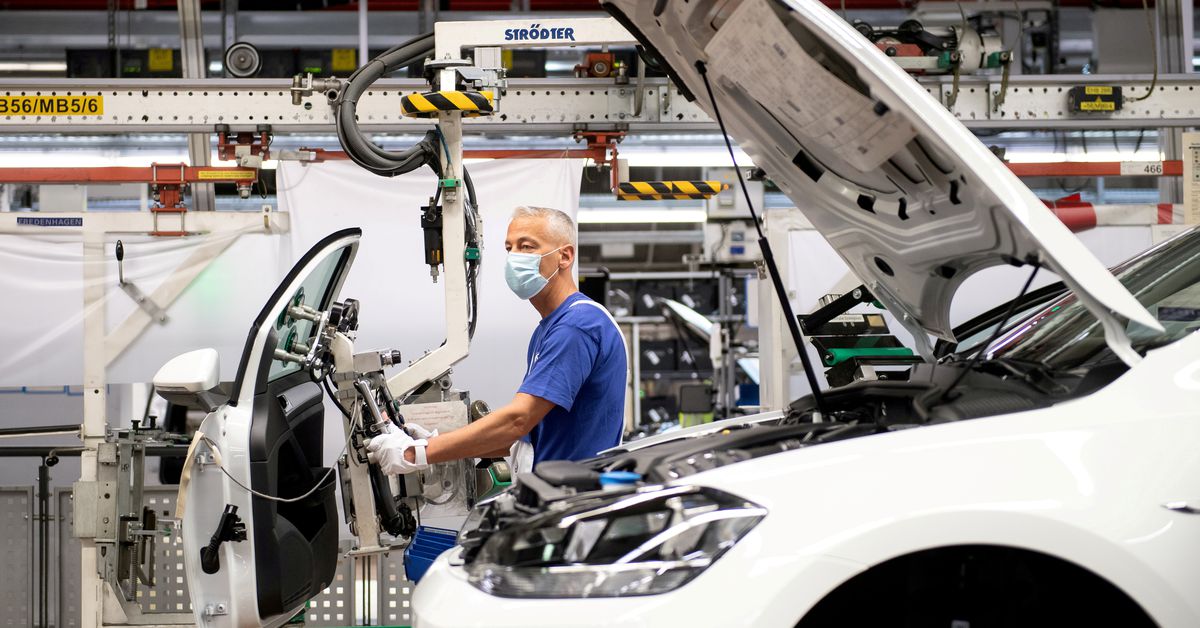 BERLIN, Nov 21 (Reuters) – German producer prices posted their first monthly fall in two and a half years in October, according to data released on Monday, raising hopes that double-digit inflation in Europe’s largest economy could be nearing its peak.

Producer prices of industrial products fell 4.2% on the month, due primarily to dips in prices for electricity and distributed natural gas, theFederal Statistical Office reported. Analysts polled by Reuters had forecast a rise of 0.9%.

This is likely to be welcome news, even if only at the margins, for the European Central Bank, which has been raising rates aggressively to tame price pressures.

Producer price growth has fed into overall inflation at a faster pace in the past year than normal, so any broader reversal in pipeline pressures could reinforce expectations for consumer price growth to peak in the fourth quarter.

“The underlying inflation pressure, using whichever metric you want to look at, does not show signs of stabilisation – so there is really nothing for the doves in this reading,” Danske Bank economist Piet Haines Christiansen said.

Commerzbank’s Ralph Solveen said the figures “give cause for hope the inflation rate for consumer prices will also soon reach its peak. However, this does not mean that the inflation problem is over.”

A survey conducted by the Ifo economic institute showed that many German businesses were not through with passing on their soaring costs to customers.

It found that companies had passed on just 34% of their purchase price increases over the past few months. They plan to raise this to 50% by April, according to Ifo.

Germany’s consumer prices, harmonised to compare with other European countries, were 11.6% higher year-on-year in October.

The German government is planning to introduce gas and electricity price brakes from early next year to curb inflation, which it expects to reach 8% this year and 7% in 2023.

Compared with October 2021, producer prices of industrial products rose 34.5% last month, signalling some relief after maintaining a record pace in August and September of 45.8%.