The Perfect Enemy | Harris to return to work Tuesday after testing negative for COVID-19 - The Hill
Skip to content
May 27, 2022
Read Time:1 Minute 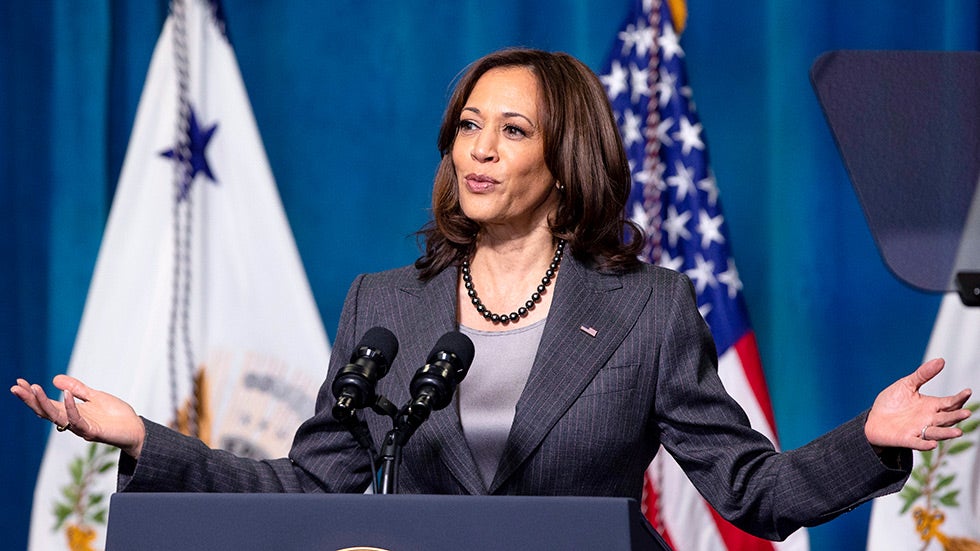 Vice President Harris tested negative for COVID-19 on Monday and plans to return to work in person on Tuesday, her press secretary Kirsten Allen said in a statement.

Harris will return to work a week after she tested positive for COVID-19. She plans to wear a mask around others until ten days have passed since her positive test, in accordance with the Centers for Disease Control and Prevention (CDC), Allen said.

Harris tested negative on a rapid antigen test, according to the statement.

Harris’s office announced her positive test last Tuesday. Officials said she was asymptomatic and worked from home, the Naval Observatory, during her quarantine.

Harris convened a virtual meeting of Caribbean leaders on Friday and seemed to be unaffected by the virus as she spoke.

The vice president is by far the highest-ranking official in the Biden administration to test positive for COVID-19. President Biden was not considered a close contact with Harris, who was traveling in California before testing positive.