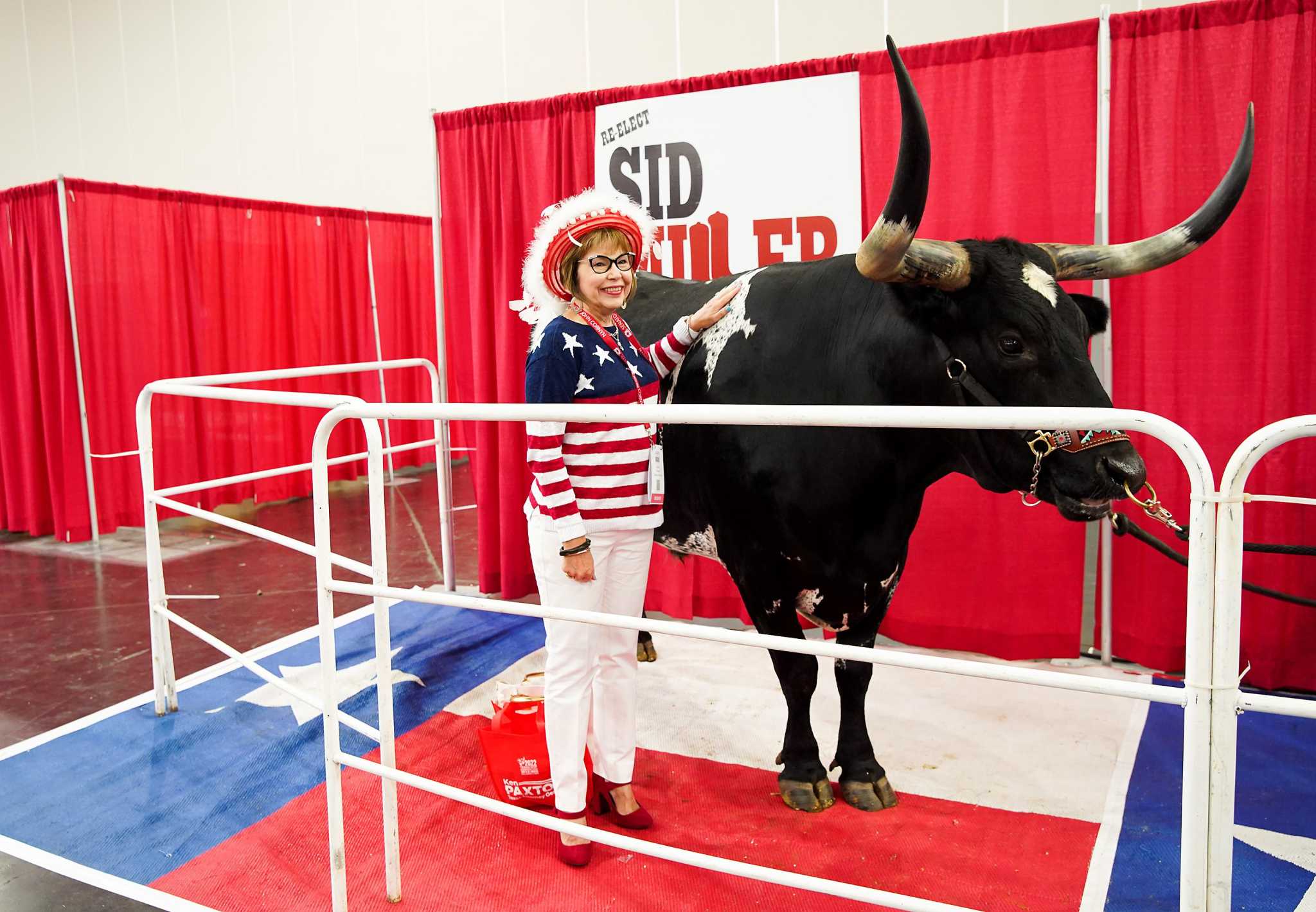 Two years of often open antagonism from his own party didn’t stop Gov. Greg Abbott from holding a splashy welcome reception on Thursday for the thousands of diehard Republicans attending the state GOP’s Convention in Houston.

The top Republican used a 15-minute speech to fire up his base of support and push them to help him defeat Democrat Beto O’Rourke in the November election for governor.

“Working together we’re going to beat the hell out of Beto and we’re going to keep Texas red up and down the entire ballot across the Lone Star State,” Abbott told hundreds of supporters at the Rustic, a bar just across the street from the George R. Brown Convention Center where most of the party activities are happening.

Though Abbott’s campaign insists they never considered skipping the biennial event, he is playing a much different role than any Republican governor over the last three decades. Abbott hosted the reception near the convention, but is not scheduled to formally address the delegates at their general meetings like he and Govs. Rick Perry and George W. Bush have at almost every GOP convention for the last 30 years.

READ MORE: Were the messages of Gov. Abbott different at two different places?

And his brief remarks to supporters Thursday were about half the length of his addresses at past Republican Conventions in 2018 and 2016.

The lesser role is a sign of how much relations have frayed between the two-term governor and his party’s most conservative party members as he campaigns for a third term. But the fact that Abbott was in Houston at all shows that he still needs the energy the party can bring for the fall election season.

Prairie View A&M University political science professor Billy Monroe said the activists who attend the convention have been moving further and further right politically and make up some of Abbott’s loudest critics. The party is also where two of his unsuccessful primary opponents from March emerged.

“I don’t know if he would have been booed,” Monroe said of the general session crowd. “But he’s playing it safe.”

The gathering this week is the first time Republican activists have met formally in person since 2018.

Many within the GOP were furious with Abbott’s early handling of the COVID-19 pandemic. Then-GOP chairman Allen West openly criticized the governor’s mandates that year, joining rallies outside the governor’s mansion in Austin and eventually launched a failed bid to unseat Abbott.

Even the current chairman, Matt Rinaldi, can’t be mistaken as a fan. Before becoming chairman he endorsed former State Sen. Don Huffines in the governor’s race over Abbott; he eventually withdrew the support to maintain neutrality while leading the party.

Rinaldi set a tone on Thursday in an introductory speech where he praised Florida Gov. Ron DeSantis and Texas Lt. Gov. Dan Patrick, but never once mentioned Abbott.

“We’ve seen the GOP wake up to this realization, and where we have, we’ve seen success,” Rinaldi said. “Republicans like Lt. Gov. Patrick and Gov. Ron DeSantis of Florida have stood up against corporations like Disney receiving special favors from the government.”

“They are the outliers”

Early in the pandemic, before vaccines were available, Abbott shut down many businesses, reduced occupancies at others and initially allowed local mask mandates to reduce the spread of the disease that had pushed hospitals to the brink. He rescinded all of those measures last year, but that didn’t quell the angst within the party.

Monroe said despite the tension, the governor cannot afford to stay away from the convention entirely. He said the Republicans who go to conventions are the most passionate voters and can really help a campaign with their energy and boots on the ground.

That’s a must-have as Abbott faces the toughest general election campaign of his political career in O’Rourke. Although the former El Paso Congressman lost to U.S. Sen. Ted Cruz in 2018, he raised over $70 million and came the closest a Democrat has come to winning statewide since the 1990s. A poll released this week showed the gap between the two shrinking, with Abbott up by just five percentage points compared to 15 in December.

The good news for Abbott is that those disgruntled Republicans at the convention aren’t representative of the larger Republican electorate that might vote in primaries or general elections.

“In many ways, they are the outliers of where the Republican Party really is,” said Brandon Rottinghaus, a University of Houston political science professor.

With Republican Primary voters, the governor won over 66 percent of the vote in defeating West and Huffines in November.

Abbott hasn’t always had trouble with loyalists at the conventions. In 2018, he was omnipresent at the convention in San Antonio, sponsoring events, handing out mini footballs with his name on them, running campaign training programs and delivering a keynote speech that culminated in confetti and a rousing ovation.

Texas Take: Get political headlines from across the state sent directly to your inbox

In 2020, the convention had been planned for Houston but was turned into a virtual event because of a COVID spike. Abbott spoke at that convention via video.

Abbott is hardly the first Texas governor to face an at-times hostile state party leadership. In the 1990s, Bush and then party chairman Tom Pauken were constantly clashing. Pauken frequently was a critic of Bush’s agenda and publicly questioned whether he was conservative enough.

During the conventions, both parties vote on chairmen to lead their party, craft party platforms and hear from top elected officials and candidates on the ballot in the upcoming election.

In Houston, U.S. Sens Ted Cruz and John Cornyn are both expected to make appearances as well Lt. Gov. Dan Patrick. Democrats are set to hold their state convention in July in Dallas.