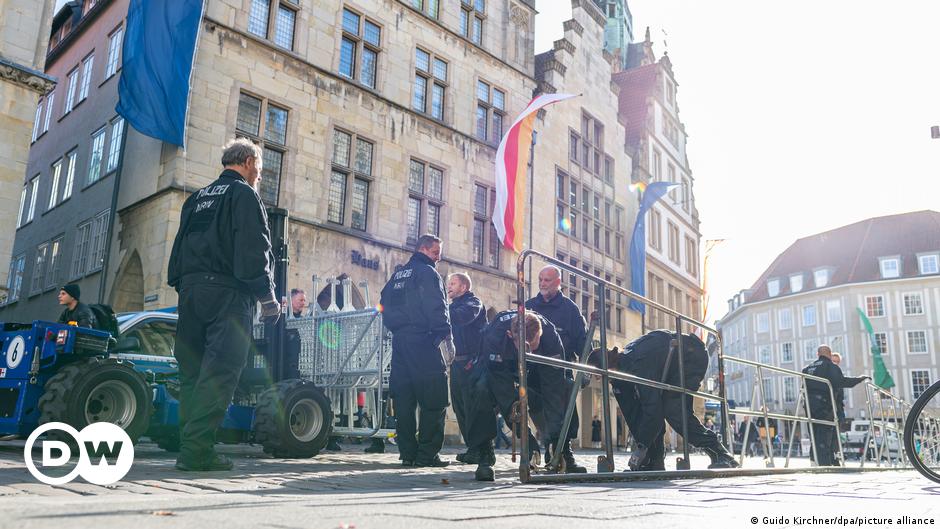 The foreign ministers of the G7 countries are set to meet in the western German city of Münster on Thursday to discuss Russia’s invasion of Ukraine, China’s growing political influence and the energy crisis.

The two-day gathering is also expected to focus on ways to achieve greater independence from Beijing and Moscow.

France, Italy, Japan, Canada, the US, Britain and Germany make up the G7 group of rich democracies.

The meeting is being hosted by Germany, which holds the group’s rotating presidency until the end of the year.

The venue for the talks, the town hall of Münster, has historic significance, as the Peace of Westphalia was negotiated there more than 370 years ago — a milestone for the establishment of a European peace order.

What’s on the agenda in Münster?

Ahead of the G7 gathering, German Foreign Minister Annalena Baerbock is set attend an event of the “German-American Future Forum” alongside US Secretary of State Antony Blinken. The forum was launched last year by US President Joe Biden and then German Chancellor Angela Merkel.

Afterwards, the G7 ministers are expected to discuss how to coordinate humanitarian, financial and military aid for Ukraine ahead of the upcoming winter. Germany has already supplied generators to produce electricity. The latest nuclear threats by Kremlin leader Vladimir Putin are also likely to be addressed.

Later, the G7 are set to talk about measures against high inflation, rising energy prices and collapsing supply chains.

In October, the IMF had warned of the risk of a global recession in view of high inflation, the consequences of the COVID-19 pandemic and the Russian invasion of Ukraine.

The ministers also plan to discuss China’s growing political influence and how to jointly react to it. Chinese threats against Taiwan as well as the strengthening of partnerships in the Indo-Pacific region will be on the agenda.

As the US is calling for Iran to be removed from the UN Commission on the status of women, the brutal repression of mass protests in Iran will likely be discussed, too. US Vice President Kamala Harris has announced that she intends to work closely with her partners on the issue.

Baerbock has also invited the foreign ministers of Ghana and Kenya as well as a representative of the African Union to the meeting. Ghana and Kenya are currently non-permanent members of the UN Security Council. They are likely to discuss food and energy security on the continent next to the ramifications of the COVID-19 pandemic and regional conflicts.

To view this video please enable JavaScript, and consider upgrading to a web browser that supports HTML5 video