The Perfect Enemy | Former COVID czar calls for end to airport tests for arrivals - The Times of Israel
Skip to content
May 28, 2022
Read Time:2 Minute

Following the end of the mask mandate, Israel’s former coronavirus czar Prof. Ronni Gamzu on Saturday called for an end to COVID checks for those entering the country.

Currently, those landing in Israel are required to isolate until receiving a negative test result conducted upon arrival or for a 24-hour period — whichever comes first.

Gamzu spoke as Channel 12 reported that the Health Ministry was indeed weighing scrapping the tests for travelers.

Asked in an interview with the network if it was still necessary to maintain the tests, considering that they help discover nearly 400 new cases daily and are a tool for identifying new variants, Gamzu said that those numbers constitute only a “small percentage” of confirmed infections, given that they are still hovering at several thousand a day, and with the pandemic largely under control.

“There are far more cases within the country, so why don’t we test everyone all at once?” said the Ichilov Medical Center director. “We are essentially testing healthy people and forcing them to pay for this test out of their own pockets.” 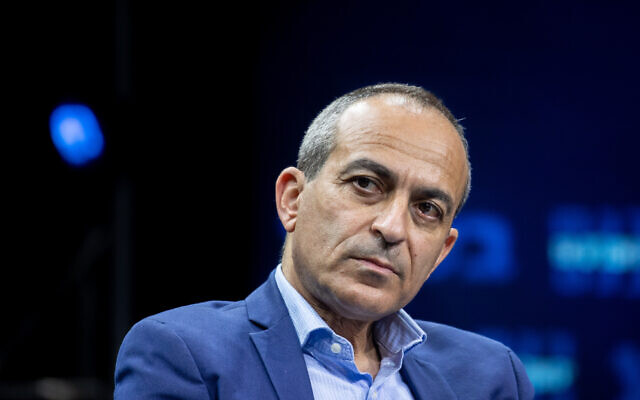 “This is not some sort of a magic tool that solves the problem,” he said. “It should be said with all honesty that this is a pointless measure whose total effect is marginal at best.”

Gamzu’s interview came after Israel’s indoor mask mandate, one of the few remaining coronavirus restrictions still in place, was lifted at 8 p.m. on Saturday.

Earlier this week, Prime Minister Naftali Bennett and Health Minister Nitzan Horowitz agreed that the widely flouted masking requirement would be scrapped, citing the decline in morbidity. The mandate had officially been set to expire on May 1.

The Prime Minister’s Office said in a statement that masking will still be required “at places with high contagion potential,” among which it listed hospitals, senior living facilities, and during air travel.

Gamzu also said Israel must move forward with ending more restrictions, saying that the country’s health system and administration can be trusted to operate well and efficiently.

“The most important part is to give people back their sense of security, we are moving forward and are able to do so at this stage, especially with the capabilities we have,” he said.