Former CDC Director Robert R. Redfield told Fox News he still does not agree with the hypothesis supported by Biden COVID adviser Dr. Anthony Fauci and others claiming the coronavirus naturally evolved rather than emanated from a Chinese laboratory.

Fauci recently told Fox News he has an “open mind” but still believes the natural-occurrence hypothesis, after previously dismissing the lab-leak theory as a transient “shiny object” assertion.

On Monday, Redfield told “The Story” that while different scientists will come to different conclusions, he firmly believes the SARS-CoV-2 virus emanated from the Wuhan Institute of Technology in Hubei, China. 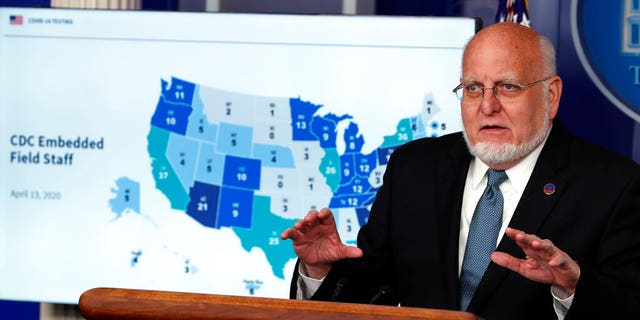 “So it’s really exceptional that this virus is one of the most infectious viruses for man. And I still argue that’s because it was educated how to infect human tissue,” Redfield said.

TODAY’S DEMOCRATS SEEM BENT ON OSTRACIZING THEIR LONGTIME BASE: DOMENECH

Redfield added the same Wuhan lab was the subject of a report in 2014 when it claimed to have trained bat-borne viruses to bind to humans’ receptors.

“I’m disappointed in the NIH for not leading an objective evaluation from the beginning,” he added. “I think it really is antithetical to the science where they took a very strong position that people like myself who are somehow conspiratorial just because we have a different scientific hypothesis.”

Redfield lamented the politicization of the pandemic, in how there was pressure exerted against scientists who sought purely “objective” approaches to studying its origin.

“I’ve been very disappointed in the scientific community led by NIH that has really dug their heels in from the beginning to try to minimize any of us that have a different hypothesis,” he said.

Charles Creitz is a reporter for Fox News Digital.