The Perfect Enemy | Five ways the conventional wisdom about the midterms is wrong
Skip to content
December 2, 2022
Read Time:5 Minute 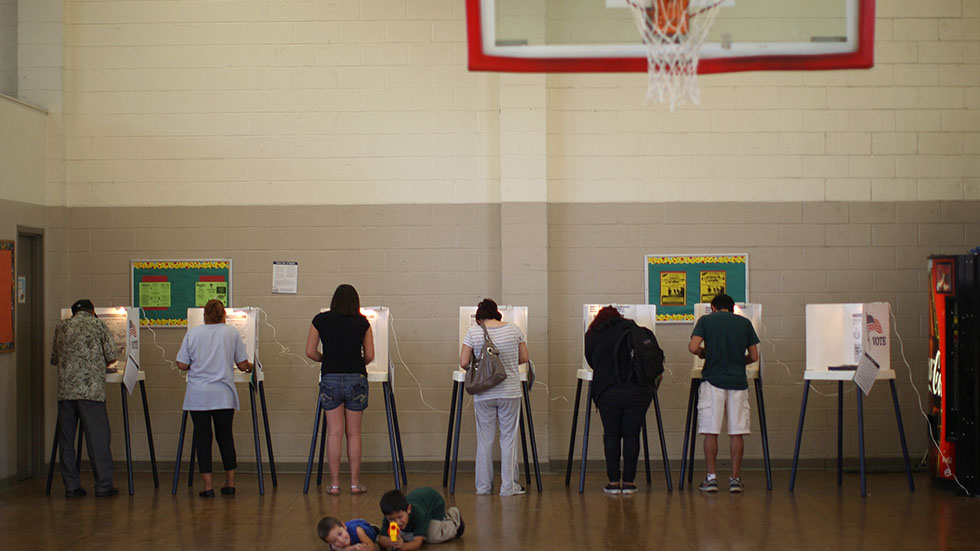 America’s recent elections have been nothing if not unpredictable. From Donald Trump’s jaw-dropping victory in 2016 to howls of a stolen election in 2020, this year’s midterms could turn out to be far tamer — a rather conventional cycle, where the party in power struggles to maintain its grip on Congress. Yet as experts rush to make forecasts in advance of next week’s votes, could surprises still be in store? If so, where might the pundits be missing the mark? Here are five Beltway talking points that we think deserve a closer look:

1) Inflation by itself will sink Democrats.

Rising prices not seen in 40 years are the alleged death knell for Democrats. Yet while inflation is doubtlessly a weight around the party, the problem by itself won’t sink Democrats. For all the concern over $7-a-gallon gas and $15 French fries, the economy is still (partially) working. Indeed, despite repeated rate hikes by the Federal Reserve, unemployment remains at just 3.5 percent, GDP growth rebounded in the last quarter and pent-up demand from COVID-19 continues to keep consumer spending afloat.

But even if voters fear for their pocketbooks (and they clearly do), it’s still not a slam dunk case against Democrats. Less than half of Americans say they trust Republicans more on the economy. Moreover, these concerns haven’t translated into a total recoil against Democrats. Many Americans still like big-ticket, progressive spending agendas, and more voters favor Democrats than Republicans on other key policies, including the environment, COVID-19 and gun safety.

2) The midterms are a referendum on President Biden.

Midterms often hinge heavily on the president’s popularity. But this year isn’t all about Biden. From the Jan. 6 committee hearings and to the Mar-a-Lago raid to a whirlwind calendar of stadium-sized MAGA rallies, another figure looms just as large — even if his name isn’t on the ballot. Yet it’s not so much former President Trump making himself the 800-pound gorilla in the room. It’s Democrats who can’t see past him, a media that can’t ignore him and, most importantly, countless Republican candidates who unabashedly tout his agenda.

The Republican Party’s conservative base hasn’t moderated since Trump left office and, if anything, has only further radicalized since 2020. Trump is the consensus choice to earn the Republican nomination in 2024, and betting markets have seen his chances of retaking the White House rise to 25 percent — higher than Biden’s. For the MAGAverse, 2022 isn’t just about putting Trump acolytes into power. It’s a dry run for two years from now, when they plan to avenge 2020 and light America’s politics on fire.

3) House and Senate seats are all that matter.

Speaking of Trump, what would the midterms be without an old-fashioned dose of election denial? That’s the storyline of countless state-level races across the nation, which could prove even more consequential than House and Senate contests. Regardless of who controls Congress, the lack of a filibuster-proof majority means that Capitol Hill is primed for more gridlock. But at the state level, where nearly 200 “Stop the Steal” candidates are poised for victory, the stage could be set for a 2024 showdown over American democracy.

Altogether, more than 300 election deniers have secured their places on ballots this year. High-profile names include gubernatorial candidates Doug Mastriano of Pennsylvania and Kari Lake of Arizona, both of whom continue to earn their MAGA stripes by stridently rejecting the 2020 election results. These races may not dominate headlines, but the governors and secretaries of state elected in November may become household names in 2024, when it’s time (or not) to certify presidential election results.

4) Abortion will be a game-changer.

But abortion alone won’t make the difference in pivotal races. For one thing, less than 5 percent of Americans rank abortion as a top priority. Additionally, support for reproductive rights in the U.S. is more nuanced than often presented, with a recent Harvard poll showing that 37 percent of Americans are actually more likely to vote for Republicans after Roe’s reversal, compared to 40 percent for Democrats. Finally, momentum for Democrats has already waned, as initial outrage on the left has mostly morphed into drawn-out legal and legislative battles at the state level.

With a ground war raging in Europe and China’s ever-escalating provocations, it makes sense, especially abroad, to think that foreign policy will drive votes. In reality, U.S. foreign policy isn’t likely to shift significantly no matter who wins Congress — a fact that reduces its salience at the ballot box. Most notably, despite outsized polarization on domestic issues, most Republican and Democratic politicians agree on the need to continue financial aid to Ukraine, a sentiment shared by the majority of Americans of both parties.

Biden’s ‘dancing through the raindrops’ approach to Ukraine Democracy under attack: Time to condemn political violence

On America’s other most salient foreign policy challenge – China – both parties are also in relative alignment. Biden has preserved the main tenets (if not rhetoric) of Trump’s “tough on China” approach, including tariffs and deepening support for Taiwan. Republicans and Democrats alike see China as a prime “strategic competitor,” a view that recently enabled passage of the bipartisan CHIPS bill to enhance American innovation.

For all these reasons, domestic issues, not foreign policy, will determine this year’s midterms — even if not in ways that “conventional wisdom” dictates.