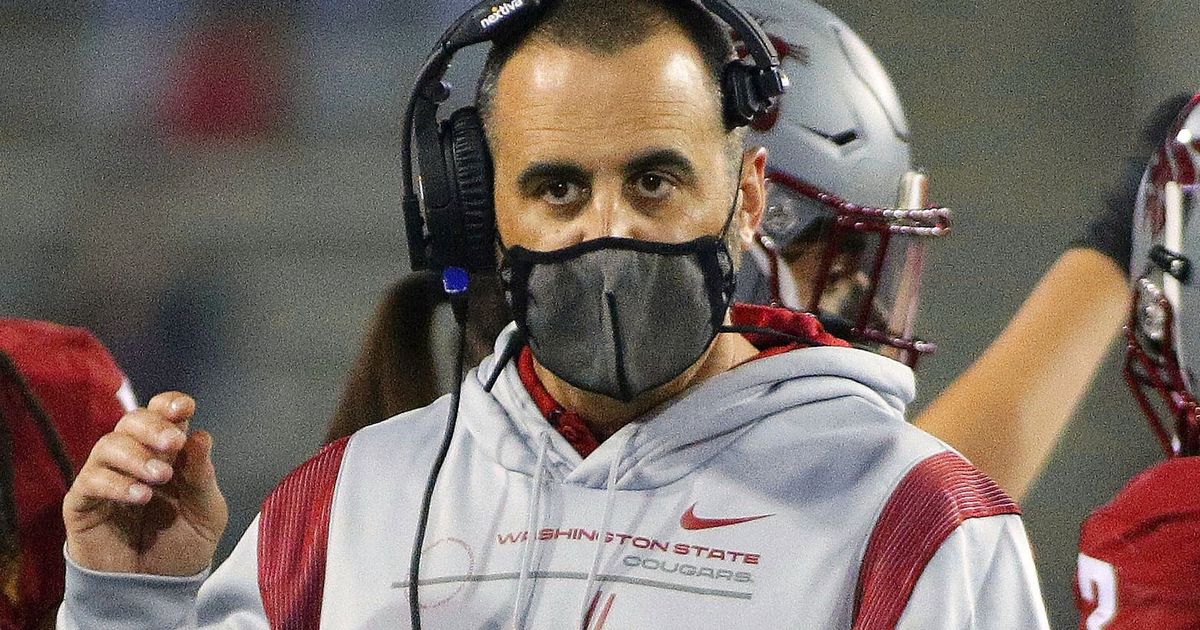 ESPN’s Kyle Bonagura reported Monday that Rolovich had filed the lawsuit, according to his lawyer, Brian Fahling.

A lawsuit had been expected as Rolovich filed a tort claim against the university in August seeking $25 million for wrongful termination. A tort claim is a prerequisite to filing a lawsuit against a state agency.

ESPN reported that WSU released a statement in response to the lawsuit:

“Washington State University carried out the Governor’s COVID-19 vaccine proclamation for state employees in a fair and lawful manner, including in its evaluation of employee requests for medical or religious exemptions and accommodations. For multiple reasons, Rolovich did not qualify, and the university firmly stands by that decision.

A call to the WSU athletic department was not immediately returned Monday afternoon, and Rolovich could not be reached.

According to the ESPN story, the lawsuit does not specify an amount Rolovich is suing for, but “does request damages to include the loss of past and future income, liquidated damages from his employment, punitive damages and other costs related to bringing the lawsuit.”

Before his firing, Rolovich had applied for a religious exemption to the mandate requiring all state employees be vaccinated by Oct. 18, 2021. To remain as coach, Rolovich needed approval for his exemption request and for his supervisor, Chun, to determine that he could effectively do his job while keeping the public safe without being vaccinated.

“For the employees that we received notification [on] today, it was really simple and their accommodation requests were denied,” Chun said on the day Rolovich was fired.

Rolovich, who was 5-6 as WSU’s coach over 1 1/2 seasons, in September told the website DailyWire+ that a “lack of answers” and “lack of dialogue” about the effects of the vaccine, along with his religious beliefs, led him to decide against the vaccine.