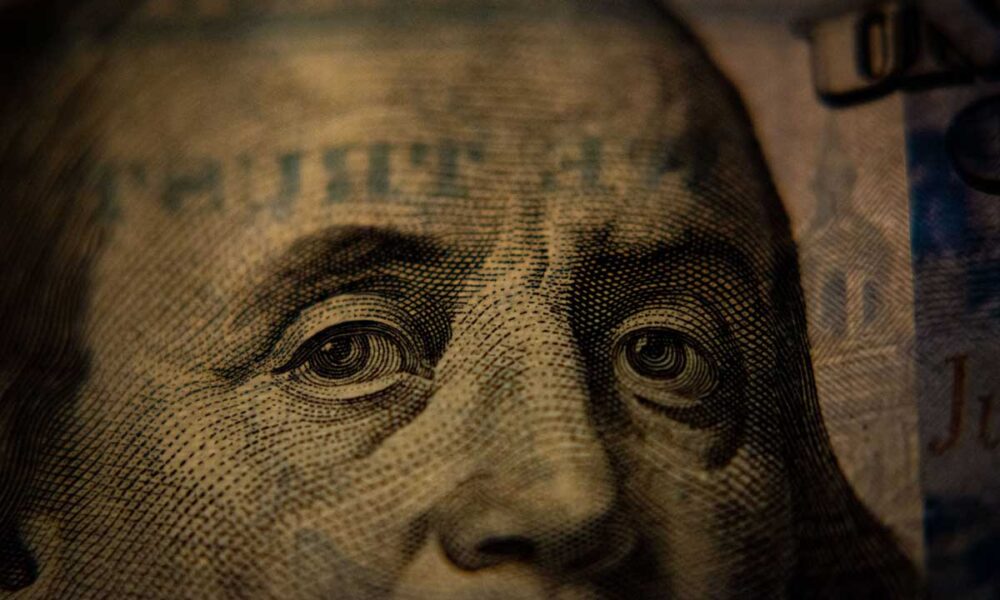 The epidemic of oil and gas psychosis in the so-called unfriendly countries keeps heating up as the G7 countries (UK, Germany, Italy, Canada, France, Japan and the US) plan to introduce a price ceiling for Russian oil by December 5.

This move will unbalance even more the global oil and gas flows with unpredictable consequences for all market players. The G7 members have finally put in deep freeze the ideals of “free market” and “free competition,” as well as those of free access to energy resources, including LNG, and processed hydrocarbon products. This will certainly reflect on the prices and other significant factors that will be very much visible in the global energy field.

Do you want to remove Russia, one of the world’s three biggest players, from this market? If so, then you will get a serious deformation of the entire system – oil, gas, price, economic. Yes, this will benefit the United States, but hardly everyone else, including America’s G7 partners, let alone all the other players in the global energy market.

The Americans, as always, lead the way in making repressive declarations, with Republican Senator Marco Rubio having already drafted a bill to sanction oil and LNG shipments from Russia to China. However, a halt in oil supplies from Russia will force Beijing to join in the struggle for hydrocarbons from the Middle East and Africa, which is sure to send prices up.

The West keeps ramping up its sanctions pressure against Russia, justifying this by Moscow’s ongoing special military operation in Ukraine.

The events of the past 12 years have changed the energy and political picture of the world, with the United States turning from the world’s leading consumer of oil and gas to their biggest producer and a major exporter, while China has become the main consumer of these resources.

During the 1990s and early 2000s, the United States and the International Energy Agency believed that in the foreseeable future, America would remain the world’s number one importer of energy resources. Therefore, Washington was actively looking for external partners in the energy sector, while Russia was viewed as one of the main such partners, along with Saudi Arabia. Indeed, after the crisis of the 1970s, the United States relied on the Middle East – above all on the Kingdom of Saudi Arabia – as the main guarantor of its own energy security. During the 1990s, Washington’s hopes were quite naturally pinned on Russia.

Russia needed US technologies, investments, management experience, and the United States needed Russian energy resources, especially oil and gas, and Russian markets for American products.  This cooperation was developing fast and in the 1990s, US companies actively participated in the implementation of major oil and gas investment projects in Russia (Sakhalin-1, Sakhalin-2, etc.), with the US government providing strong political support for and prioritizing these projects.

The Gore-Chernomyrdin Commission, where I worked, was directly involved in the promotion of these projects. One of the outcomes of the May 2001 meeting between the presidents of Russia and the United States, was the idea of an Energy Dialogue between the two countries, designed to promote commercial cooperation in the energy sector by increasing interaction between Russian and US firms engaged in the exploration, production, processing, transportation and marketing of energy resources, as well as in the implementation of joint projects, including in third countries.

Also in 2001, there came out the “Partnership between the US and Russia: New Times, New Opportunities” White Paper, which outlined  the position of the US Congress regarding energy cooperation with Russia. The document explicitly stated that the development of bilateral energy cooperation should become a priority in US foreign policy, since the US could thus “save itself from the risks of uncertainty in energy supplies and unnecessary dependence.”** (American Foreign Policy Council. Washington, D.C.: Franklin’s Printing Company, 2003.)

However, America’s technological progress and new industrial breakthroughs made in a single decade turned the situation all around. With the advent of the shale revolution, the pace of the cooperation between the two countries, including in energy, slowed down. A shift in America’s priorities pushed its the energy partnership with Russia into the background. Moreover, the dramatic reduction of energy ties with Russia has become an additional factor in Washington’s push for an across-the-board escalation of tensions with Moscow. Similar things are happening with our main European partner, Germany. “In addition to the pandemic, sanctions, global trade conflicts and protectionism have become a serious challenge for large German concerns, medium-sized businesses and family businesses operating in Russia,” said Rainer Seele, former head of the Austrian company OMV.

In Europe, the dreams of a future carbon-free energy are still alive, even though the upcoming winter season has put them on the back burner. The German government fears that the shortage of gas this winter could cause emergency situations in several regions across the country. In France, representatives of the industrial sector are seriously concerned about rising prices for gas and warn that in the worst scenario, this could lead to a complete collapse of production.

By the way, Russia earlier offered its European partners to sign  long-term contracts for the supply of natural gas. However, Brussels considered this proposal unprofitable, preferring to buy gas at  floating spot prices. Therefore, Europe has been forced to reactivate its shuttered coal-fired stations – a move that only recently would  have been condemned by the European Union.

If you think not seasonally, but on a large scale, you need to have a clear picture of what the global consumption of natural gas will look like, at least in the next five years. For example, its leading consumer, China, has been increasing its gas consumption by more than 30 billion cubic meters annually over the past five years, and plans to increase by 2030 the gas share to 15 percent of total energy from 8 percent in 2021. This means that the fast-growing demand for gas in China will continue until the end of this decade. Just where they will get this gas from is another matter, which pertains to Beijing’s energy policy.

So, does the world need more hydrocarbon fuel or not? Do we “forget” coal or use it? Is nuclear energy necessary in the future or is it also classified as an undesirable source of energy? All these issues are a subject of continuous top-level discussions in countries kowtowing to the United States. Total confusion! And for the world energy development, this is absolutely unacceptable and even extremely dangerous! As to the Americans, they feel quite happy about this whole situation with an increase in their export potential and with big LNG shipments being made to Latin America, Europe and Asia.

Meanwhile, with the problems of the pandemic (as an objective factor) and the issue of global warming being blown out of proportion, hydrocarbon producers no longer have 5- to 10-year production guidelines and politicians have practically banned banks from financing hydrocarbon projects and insuring the mining companies’ risks. Therefore, British Petroleum says it will exit the hydrocarbon energy market within the next decade or two. After all, every serious energy project requires billions of dollars in investments with a development perspective of at least twenty-five years.

I am sure that global gas consumption will grow. In the next five or six years, the planet needs an additional 150 billion cubic meters of natural gas. If Russian gas is phased out of the European markets, then by 2027 they will need to find about 300 billion in addition to the 2021 volumes.

We need to act now, without looking back at the contradictory decisions of countries that are enmeshed in the energy policy of Washington and Brussels.

The world of energy needs stability and predictability. If the United States goes astray, then someone must chart the right unifying course. I should say that China, the main consumer of hydrocarbons, is vitally interested in the stability of this world, just as key players from the Middle East and OPEC countries. It is they who, together with Russia, will have to chart the course of the energy development of our planet.

From our partner International Affairs