The Perfect Enemy | Despite popularity, taxes on the wealthy struggle to find a foothold in Congress - The Hill
Skip to content
May 27, 2022
Read Time:6 Minute 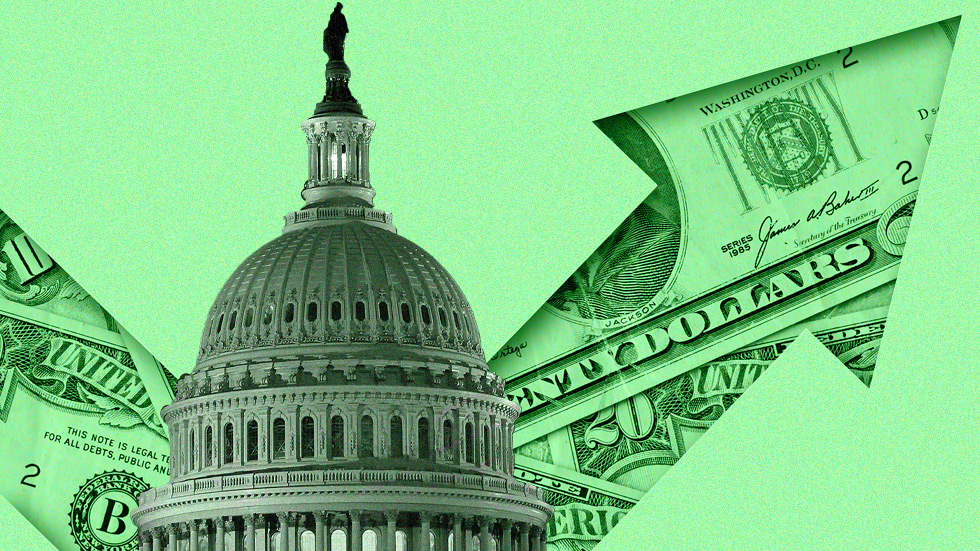 Increasing taxes on wealthy Americans is not controversial among much of the U.S. electorate, with polls consistently showing that a majority of both Democratic and Republican voters believe the richest Americans should be contributing more to public coffers.

But despite an abundance of Democratic proposals to increase taxes on the rich, originating from both the White House and key congressional offices, experts say the chances of getting the rich to pay more in taxes over the long term are getting slimmer.

Sen. Ron Wyden (D-Ore.), who updated his own billionaire tax plan last year, wants to distance his proposal from the generic notion of a wealth tax.

“This is not a wealth tax,” he said in an interview. “This is closing loopholes in the capital gains law.”

“When I proposed the billionaire income tax, the president, to his credit, said he liked the idea, and his proposal is something called the billionaire’s minimum income tax. So we’re very much rolling in the right direction,” he said. “Since then, there has been very substantial interest in Washington and around the country, because it continues to be unfair. To me, what the tax system is supposed to be all about is promoting fairness.”

Polling from agencies including Pew, Reuters-Ipsos, Data for Progress, The Hill-HarrisX and others all found a majority of voters believe the wealthy should pay more in taxes.

But while linchpin Democrats like Sens. Kyrsten Sinema (D-Ariz.) and Joe Manchin (D-W.Va.) have proven the biggest obstacle to progressive taxation efforts during the current administration, experts say the impasse is part of a bigger economic picture.

That picture, according to Vanessa Williamson, a senior fellow at the left-leaning Brookings Institution, shows what many have long felt intuitively, that wealthy people are both economically more conservative than regular Americans and hold more sway in the political system.

“The fact is our political system is not responsive to the will of the majority on a very wide array of issues, including and perhaps especially tax policy,” Williamson said in an interview. “There’s an increasing amount of work in the field of political science demonstrating that extremely wealthy people are meaningfully more conservative than the average American on economic policy.”

“There’s also a lot of political science that demonstrates the political system is more responsive to the preferences of the wealthy than any other part of the economic distribution,” she said.

Perhaps the best-known example from this body of work is the so-called Princeton oligarchy study from 2014 that found that while rich people and trade groups can affect U.S. government policies, regular people effectively cannot.

The study went viral, speaking to long-simmering gripes in the electorate, and its authors even discussed their findings with Jon Stewart on the Comedy Central network’s popular “Daily Show.”

While the study’s conclusions have been debated, one of its authors, political scientist Ben Page of Northwestern University, said there’s growing academic agreement that on issues like taxation, wealthy opinion is both more conservative and more influential than public opinion.

“Bloomberg, Buffett, Gates, the usual suspects who speak out, it turns out they’re very atypical. They’re unusually centrist or even left-centrist,” Page said in an interview. “The vast majority of the 100 wealthiest billionaires are very conservative on economic issues, even on something like Social Security, and definitely on taxes. Many of them want to abolish the estate tax.”

“The Republican Party is almost 100 percent in favor of pro-wealthy policies,” Page said, “but it turns out a fair number of Democrats, including progressive-looking ones, people we think of as progressives, just don’t quite get in there and try to undo the Trump or Bush tax cuts.”

“Democrats are part of the problem” when it comes to taxing the rich, he added.

One such Trump-era tax cut that has remained in place despite bicameral Democratic majorities during the Biden administration is the doubling of the estate tax exemption.

The 2017 Tax Cuts and Jobs Act bumped up the exclusion on the 40-percent estate tax, which is levied at death, to more than $11 million from $5.5 million, a rule change that applies to 0.1 percent of the people who die every year, according to an estimate by the Tax Policy Center, a Washington think tank.

Another tax cut for the wealthy long safeguarded by Democrats is the exemption on carried interest, which allows hedge fund managers and private equity bigwigs to avoid taxes on most of their income.

“Chuck Schumer, who is majority leader for the Democrats in the Senate, is thought of as really a very progressive person, and on social issues he definitely is, but he’s got a soft spot for the finance industry in New York, and so he keeps protecting the carried interest exemption,” Page said.

Page’s co-author on the oligarchy study, political scientist Martin Gilens of UCLA, considers the current prospects for progressive taxation on the wealthy to be “slim to none in the short term and even perhaps the medium term.”

Gilens also said the “revolving door” is an obstacle to progressive taxation on the rich, referring to the tendency of congressional representatives and their staff to take jobs as lobbyists working for private industry after leaving the government.

“There’s a sort of social or cultural capture created by the fact that our elected representatives, certainly in U.S. Congress, spend an enormous amount of time with wealthy constituents or potential donors,” he said. “It creates a sense of distortion about both what the public wants and what seems reasonable. Whether taxing wealth seems like a reasonable thing to do might depend on whether you spend a lot of time hanging out with wealthy people.”

Conservative lawmakers, though, have another view why the U.S. hasn’t — and shouldn’t — implement a wealth tax.

House Ways and Means Committee ranking member Kevin Brady (R-Texas) said in an interview that wealth taxes have failed in different countries around the world “and they’ll fail here in the United States for a couple of key reasons. One, you’re actually taxing those who are investing most into the U.S. economy, especially in new innovation, new technologies and new startups that can address the economic challenges America faces, so it makes no sense at all to be targeting them.”

“Secondly, what we saw in other countries is, wealth taxes are, for the most part, easily avoided,” he said. “They’re very hard to implement and collect, and just a nightmare basically to execute.”

Still, even conservative analysts note that the downward trend in taxation on the wealthy in recent years has behaved as a one-way valve, with top marginal income tax rates hitting 90 percent in the 1960s, hovering around 70 percent in the 1970s, dipping as low as 28 percent in the 1980s, and then averaging in the mid-30th percentile for the last 30 or so years.

“It is kind of odd that at least the top marginal personal income tax rate has been kind of steady ever since fluctuating from 70 to 50 to 28 to 30 to almost 40 [percent] in the span of about 15 years from 1980 to 1995, and then stabilizing between 35 and 40 percent ,” Alex Muresianu, a federal analyst at the right-leaning Tax Foundation, said in an interview, though he noted that the trend has “not been a linear decline.”