The Perfect Enemy | Democrats erased the GOP’s supermajority on the S.L. County Council. Here’s what it means for the mayor and you.
Skip to content
December 9, 2022
Read Time:5 Minute 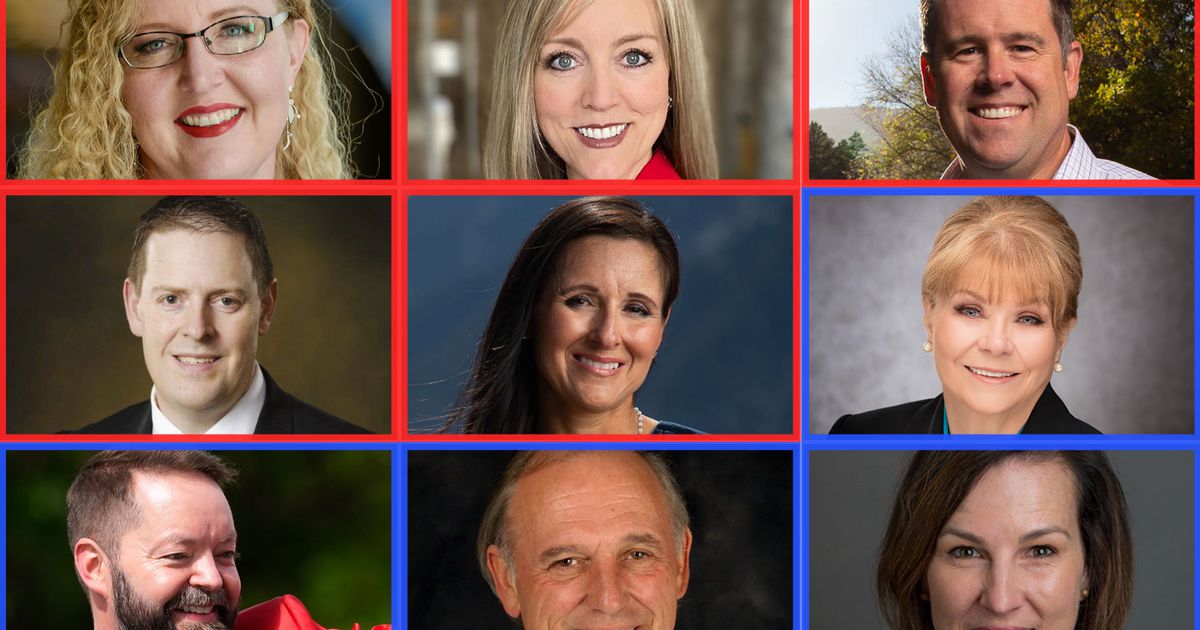 By ousting Republican incumbent Richard Snelgrove from his countywide seat, Harrison, a Democrat, dismantled the GOP’s 6-3 supermajority, locked in the first female majority in the council’s history, and gave her party one more voice at the table.

The new 5-4 council makeup will leave Republicans (including newcomer Sheldon Stewart) still in control but unable to override any potential veto from Wilson, at least in a party-line vote. And while Wilson has learned to get along with the existing supermajority, the mayor believes the incoming configuration of the council will lead to better collaboration.

“I’m really hopeful,” Wilson said. “I think that any drama is hopefully behind us and expect this will be a pretty productive year coming ahead in 2023.”

That drama erupted during the COVID-19 pandemic, when Wilson’s office and the GOP-dominated council sparred over health protocols and mask mandates.

“I guess it’s been a tale of two councils,” Wilson said of her relationship with the governing body. “It’s been at times really productive and at times a little bumpy.”

Wilson said her work with the council has been positive when it comes to spending money from the American Rescue Plan Act or discussing solutions to homelessness and water use.

“On the flip side,” she said, “I feel at times that some members of the Republican council are looking to make a statement more than govern, and that’s been frustrating.”

A record of bipartisanship

Wilson said her relationship with those members has improved as they’ve gotten to know one another better.

Council Chair Laurie Stringham, a Republican, said the council and mayor’s office have emphasized improving communication this year, and if disagreements do arise, both sides can talk them out.

“We’re more civil about it than we have been necessarily in the past, and so I don’t see that really changing a whole lot this year,” Stringham said. “I think we’ll continue to have that.”

Several council members pointed out that most of the county-level work they do has little to do with partisanship.

Republican council member Aimee Winder Newton, a senior adviser to Gov. Spencer Cox and director of the newly created state Office of Families, said she doesn’t see much changing when the GOP takes on a pared-down majority.

“I can probably count on two hands,” she said, “how many times we’ve had a vote that does go down party lines.”

Winder Newton secured reelection to her District 3 seat this month and will serve with the incoming council members.

Elected officials in Utah’s most populous county, the mayor said, have a pretty good track record of working together regardless of party ties.

“Salt Lake County has been an effective government,” Wilson said, “because we work together across party lines.”

Wilson said she expects Democrats to remain united next year but anticipates they will work with their GOP colleagues to deliver results.

The mayor’s budget for next year includes a 25% property tax hike within the county’s library district (amounting to about $30 a year on the average $560,000 Salt Lake County home), raises for county workers, funding for open space preservation, and tens of millions of dollars for maintenance projects the county had shelved in the past.

Having elected leaders get along when those initiatives roll out — without any partisan sideshows — might benefit county residents.

The end of a veto-proof majority

University of Utah political science professor Matthew Burbank said the main political plus Wilson gets from the incoming council is that the Republicans will have a harder time overriding a veto if she decides to wield that power.

Wilson has not unleashed her veto pen while Republicans have held a 6-3 majority.

Burbank said Republicans have shown they can work with Wilson, and if they’re careful about that relationship, the possibility of a veto shouldn’t be a major issue.

“But it does sort of suggest that Republicans won’t easily be able to kind of pick out things that they don’t like that the mayor is doing,” he said, “and make those into a bigger issue because, again, they no longer have a big enough majority to be able to do that easily.”

While the GOP may miss having the extra vote at times, Republican council member Dave Alvord said he doesn’t see a slimmer 5-4 majority as “game-changing” for his party.

Council Republicans, he said, weren’t all that ambitious in using the supermajority to their advantage.

“You have to think, what would we need a supermajority for? What would we need 6-3 for?” he said. “And that would be a deep cut or a massive upheaval of our form of government, and that was really never in the agenda of the six (sitting Republican council members).”

As for the dynamic of the new council, Alvord is waiting to see how the incoming members want to govern.

Harrison, a sitting state lawmaker in the Utah House, ran as a moderate, campaigning on lowering the cost of living, improving air quality, being mindful of the use of tax dollars, and improving the quality of life for residents.

She said when she takes office, she’s going to get to work digging into budgets, meeting department heads and learning the ropes. She vowed to work with other council members to focus on what affects residents.

“I have a track record of working across the aisle at the Legislature,” she said. “Every bill I passed had a Republican Senate sponsor, and I will work with council members to focus on common ground and get things done for Salt Lake County residents.”

Stewart, a Riverton City Council member who ousted incumbent Steve DeBry in the Republican primary and cruised to victory unopposed in the general election, said he will always work with others and that he looks forward to doing so with Harrison.

“One of the things she said is that she’s not going to just focus on Republican or Democrat issues,” he said. “And that’s the way I view it. These are county issues, we need to work through them, and we need to work together.”

That kind of cooperation — if it happens — could go a long way in delivering results for county residents.

Editor’s note • This story is available to Salt Lake Tribune subscribers only. Thank you for supporting local journalism.