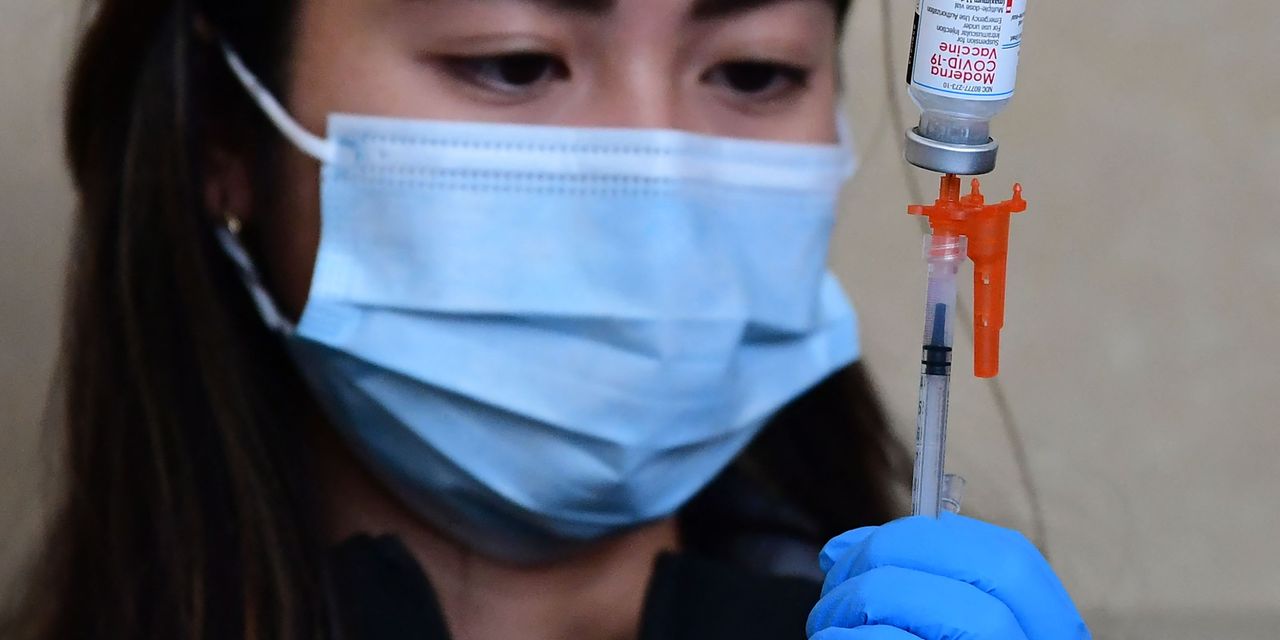 The first tallies for the new bivalent booster are out, with some 4.4 million people in the U.S. having received the updated shot, according to health officials. Meanwhile, public health experts continue to fret about President Joe Biden’s recent remark that “the pandemic is over.”

Health experts said it is too early to predict whether demand would match up with the 171 million doses of the new booster that the U.S. ordered for the fall, the Associated Press reported. The new shot targets the most common omicron strains as well as the original virus strain.

“No one would go looking at our flu shot uptake at this point and be like, ‘Oh, what a disaster,’” David Dowdy, an infectious disease epidemiologist at Johns Hopkins Bloomberg School of Public Health, told the AP. “If we start to see a large uptick in cases, I think we’re going to see a lot of people getting the [new COVID] vaccine.”

“I do expect this to pick up in the weeks ahead,” said White House COVID-19 coordinator Ashish Jha. “We’ve been thinking and talking about this as an annual vaccine like the flu vaccine. Flu vaccine season picks up in late September and early October. We’re just getting our education campaign going. So we expect to see, despite the fact that this was a strong start, we actually expect this to ramp up stronger.”

Biden, meanwhile, has acknowledged criticism of his remark about the pandemic being over and clarified that the pandemic is “not where it was.”

On Thursday, Anthony Fauci, the president’s chief medical advisor, said that half of vaccinated Americans have not yet had their first booster dose. “We have a vulnerability in our population that will continue to have us in a mode of potential disruption of our social order,” Fauci said. “I think that we have to do better as a nation.”

See also: A common virus is putting more children in the hospital than in recent years

Those comments come as U.S. known cases of COVID are continuing to ease, although the true tally is likely higher given how many people are testing at home, where the data are not being collected.

The daily average for new cases stood at 55,591 on Thursday, according to a New York Times tracker, down 19% from two weeks ago. But cases are rising in 20 states, and are up by a lot in some.

From the CDC: Stay Up to Date with COVID-19 Vaccines Including Boosters

• Hong Kong announced incoming travelers would no longer be required to quarantine in designated hotels as the city seeks to open up after nearly two years, the AP reported. Incoming travelers will also no longer need a negative PCR test within 48 hours before boarding a plane to Hong Kong, the city’s chief executive John Lee said Friday at a news conference. Instead, they will need to present a negative COVID-19 result from a rapid antigen test conducted within 24 hours before the flight. The measures will take effect on Monday.

• Japan will allow visa-free, independent tourism and abolish its daily arrival cap as of Oct. 11, Prime Minister Fumio Kishida said Thursday, The Japan Times reported. Kishida made the long-awaited announcement during his visit to New York for the U.N. General Assembly. “I want to support the travel, entertainment and other industries that have been struggling during the coronavirus pandemic,” he told a news conference. The government will also launch a nationwide travel discount program that had been shelved due to the pandemic.

• Denmark’s government said Friday that a temporary ban on mink breeding will expire Jan. 1, allowing mink production to resume in the country but at a ”significantly reduced” level than before the pandemic, the AP reported. Nearly two years ago, the government ordered a cull of millions of mink and banned their farming to contain a mutated version of the coronavirus that could spread to people. The ban was first set to expire at the end of 2021 but was extended for a year.

• More than 10,000 people have died with COVID infections in Iowa, state officials reported this week, according to the AP. Iowa data show 10,051 deaths associated with the viral infection. The state averages eight deaths a day when measured as a seven-day moving average, according to the Centers for Disease Control and Prevention. Iowa has the 19th-highest quarterly COVID-19 death rate in the nation, with 135.6 deaths per 100,000 people. Nearly one-third of Iowa residents have not had a single dose of vaccine, and the state ranks 33rd in the nation for percentage of total population with at least one dose of vaccine, at 69.3%. Gov. Kim Reynolds cut public reporting of COVID-19 data to basic information in February, saying the state no longer needed to treat the virus as a public health emergency.

The global tally of confirmed cases of COVID-19 topped 614.2 million on Friday, while the death toll rose above 6.53 million, according to data aggregated by Johns Hopkins University.

The Centers for Disease Control and Prevention’s tracker shows that 224.9 million people living in the U.S. are fully vaccinated, equal to 67.8% of the total population. Just 109.26 million have had a booster, equal to 48.7% of the vaccinated population, and 23.1 million of those who are eligible for a second booster have had one, equal to 35.5% of those who received a first booster.