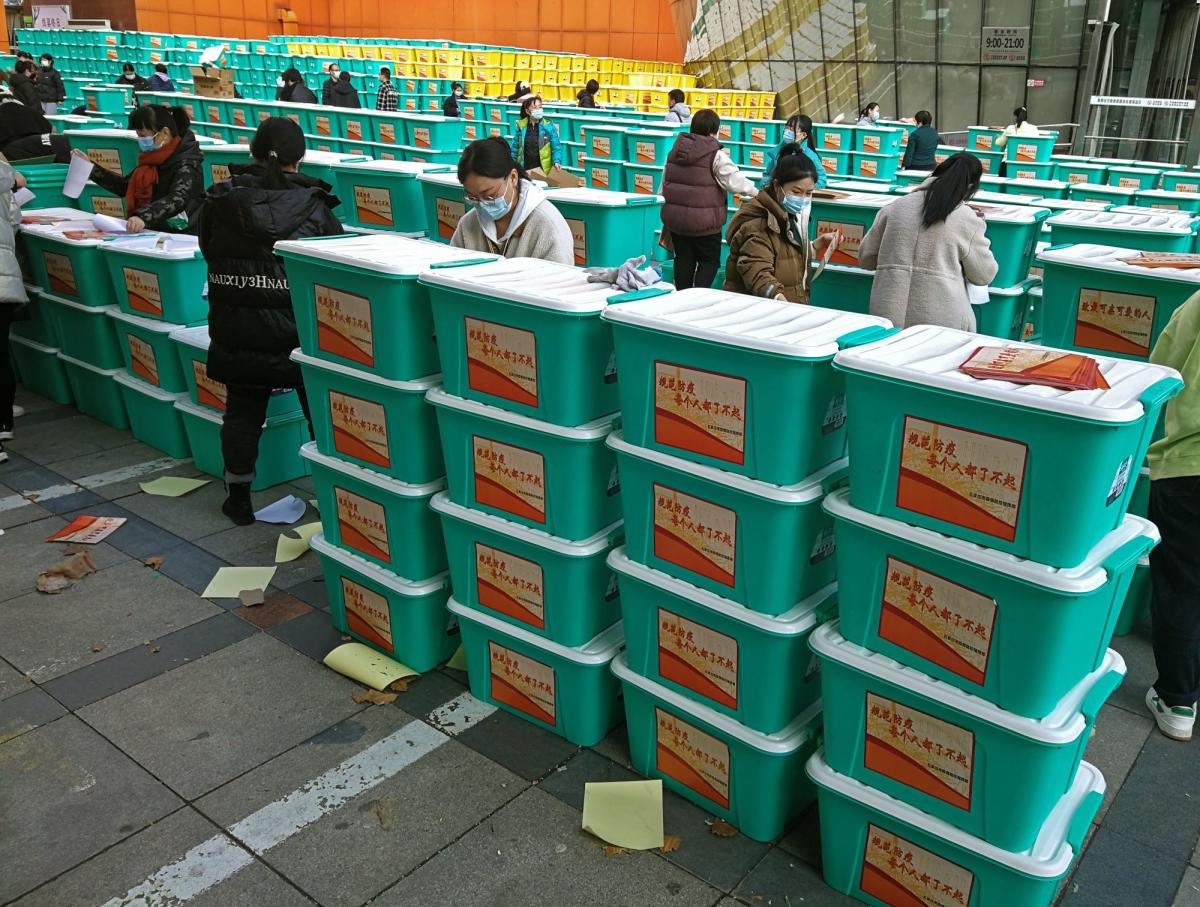 (Bloomberg) — A city near Beijing that was rumored to be a test case for China dispensing with all virus restrictions has suspended schools, locked down universities and asked residents to stay at home for five days, a potential sign officials are reverting to tighter Covid Zero curbs as cases multiply.

Shijiazhuang — a city of some 11 million people about 186 miles (300 kilometers) from the capital — has forbidden residents in areas deemed high risk from leaving their homes, with everyone else advised to stay at home “in principle,” according to the statement carried by the official Shijiazhuang Daily.

A mass Covid testing exercise will be undertaken in six major districts, and universities will be put into so-called closed loops, where students are unable to leave campuses. All in-person classes at primary and middle schools have been halted.

The moves come after officials in Shijiazhuang had to rebuff speculation the city had been chosen as a pilot zone for a laxer virus approach, rumors that sparked anxiety among some residents.

The lockdown-like moves also come just over a week since China issued a suite of guidelines aimed at making its Covid approach more targeted. The 20-point playbook told officials to stop mass testing in most areas, with citywide tests — similar to what Shijiazhuang appears to be doing — only to be undertaken when the source of infection is unknown.

These Are China’s 20 New Guidelines for Easing Covid Zero

Shijiazhuang saw a rebound in cases over the weekend, which may explain the tougher response. The city was seeing more than 500 new infections a day in mid-November, but the tally eased off after the new guidelines were introduced and many residents reported a marked reduction in testing. Cases surged to 641 for Sunday.

Central government officials and state media have consistently reinforced that the new Covid approach doesn’t represent a relaxation of China’s approach. That’s left local authorities in somewhat of a quandary, with outbreaks swelling as the weather cools in many parts of the country.

Cities like Guangzhou, in the south, are enforcing targeted lockdowns over a citywide order, but cases remain elevated, at more than 8,000 a day. Meanwhile, Chongqing, a megacity in the southwest, has declared so many individual high-risk areas that the city is effectively locked down anyway. Residents in areas deemed high risk are not allowed to leave their homes.

The result has been a significant drop in activity, with subway use in major cities with large outbreaks still very low, even though the new approach is supposed to ensure less disruption.

On Saturday, China saw its first Covid death since the Shanghai lockdown earlier in year, with a man, 87, dying from the virus in Beijing. Another two deaths were reported in trhe capital for Sunday. Given the focus China has put on avoiding fatalities during the pandemic, the deaths will raise concerns the country could dial back the easing that has fueled optimism in financial markets.