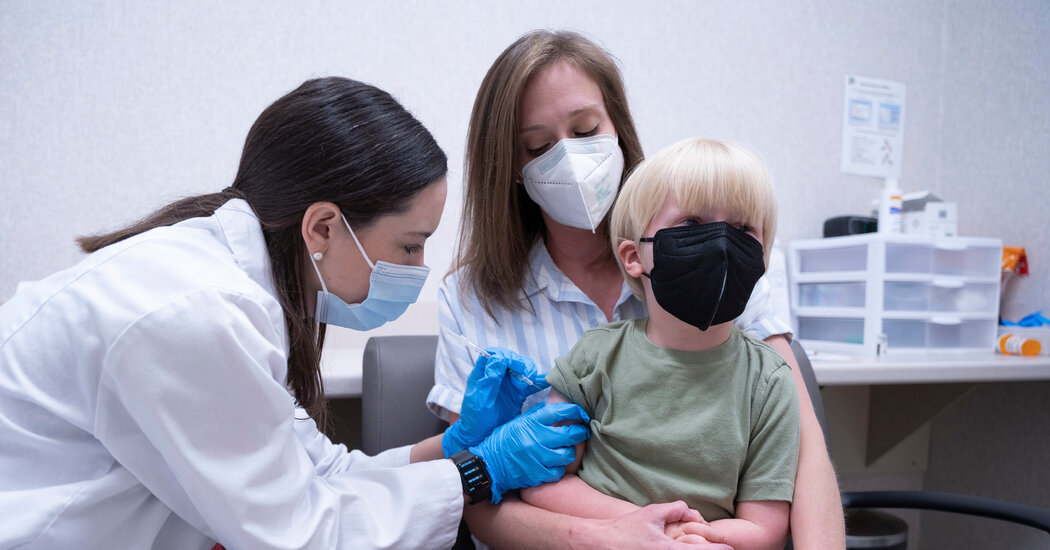 For two years, the coronavirus killed Americans on a brutal, predictable schedule: A few weeks after infections climbed so did deaths, cutting an unforgiving path across the country.

But that pattern appears to have changed. Nearly three months since an ultra-contagious set of new Omicron variants launched a springtime resurgence of cases, people are dying from Covid at a rate close to the lowest of the pandemic.

The spread of the virus and the number of deaths in its wake, two measures that were once yoked together, have diverged more than ever before, epidemiologists said. Deaths have ticked up slowly in the northeastern United States, where the latest wave began, and are likely to do the same nationally as the surge pushes across the South and West. But the country remains better fortified against Covid deaths than earlier in the pandemic, scientists said.

Because so many Americans have now been vaccinated or infected or both, they said, the number of people whose immune systems are entirely unprepared for the virus has significantly dwindled.

“In previous waves, there were still substantial pockets of people who had not been vaccinated or exposed to the virus, and so were at the same risk of dying as people at the beginning of the pandemic,” said Dr. David Dowdy, an epidemiologist at Johns Hopkins Bloomberg School of Public Health. “Those pockets don’t exist anymore.”

That turn in the pandemic has nevertheless left many Americans behind.

Covid is still killing an average of 314 people daily, one-tenth the number who were dying every day in January 2021, but, even so, an awful toll. At that rate, the virus is killing more than twice as many Americans every day as suicide or car crashes are. And many of those who survive the virus are debilitated, some of them for long after their infections.

With the country’s resources for fighting the virus drying up and many Americans forgoing booster shots, the decoupling of cases and deaths may not last. Immunity will wane and a more evasive variant could cut into people’s residual protection against severe disease.

“As the time since people got vaccinated becomes longer and longer, the efficacy of the immune response will be lessened,” said Dr. Abraar Karan, an infectious disease physician at Stanford University. “We can be caught off guard later this year.”

The link between Covid cases and deaths started weakening over the winter, scientists said, but the sheer volume of Americans getting infected meant that fatalities still soared.

This spring, Covid has been killing fewer Americans daily than during any period except the summer of 2021. The country is now recording 10 times as many cases as it was at that time, indicating that a smaller share of cases are ending in death.

By some estimates, the case fatality rate — the share of recorded Covid cases that prove deadly — is one-third lower than it was last summer and one-quarter lower than it was in December. Recorded cases always understate actual infection levels, and the prevalence of at-home testing these days has made that especially true.

To account for those problems, Dr. Dowdy looked at the proportion of reported test results that are positive, a figure known as test positivity. That measure, too, is imperfect, but it reflects the enormous numbers of Americans who recently contracted the virus; some scientists estimate that the current wave of cases is the second-largest of the pandemic.

By his rough calculations, Dr. Dowdy estimated that the ratio of deaths to test positivity fell threefold from the early days of the pandemic to January 2022, and fourfold from January 2022 to this spring.

“What we’re seeing is that the average case of Covid-19 is becoming much milder,” he said.

That is a better reflection of gains in immunity than it is of any intrinsic weakening of the virus, scientists said. Government estimates of the share of Americans who have contracted the virus jumped from one-third in December 2021 to well over one-half two months later.

The country paid a staggering price: Some 200,000 people were killed by Covid this winter and large numbers beyond that were seriously sickened. But those who survived infections emerged with immune systems that had learned to better deal with the virus.

“Our level of community immunity heading into this wave was much higher than it’s ever been due to the combination of infection and vaccination,” said Dr. Joe Gerald, an associate professor of public health at the University of Arizona. “A lot of people who weren’t vaccinated, and were infection-naive — most of them were infected with Omicron over the period from January to early March.”

In the Northeast, where the Omicron subvariants first took hold this spring, deaths climbed as cases surged. In New York, the daily average of Covid deaths rose from eight in April to about 24 in mid-June. Daily deaths in New England increased from five to a peak of 34 over the same period.

But across the United States, where cases have been climbing since early April, deaths have remained roughly level. In each previous wave, national Covid deaths surged several weeks after cases did.

“I think it’s somewhat reassuring that deaths didn’t really spike as they had during earlier points of the pandemic,” said Jennifer Nuzzo, an epidemiologist at Brown University.

Virginia Pitzer, an epidemiologist at the Yale School of Public Health, said that shift stemmed in part from a growing share of cases occurring in people who were fully vaccinated, previously infected or both. In Arizona, for instance, the share of Covid cases being recorded in vaccinated people grew to 60 percent in April from 25 percent five months earlier.

In a country as large as the United States, every Covid wave is also a collection of staggered regional surges, complicating national trends. In early May, for example, continued declines in Covid deaths in the South and the West from the wintertime Omicron wave might have helped to obscure rising mortality levels in the Northeast.

Some states have also moved from reporting Covid deaths daily to doing so weekly, and they have only slowly caught up from holiday reporting breaks, causing more frequent daily swings in the data.

And some states said that so many residents had died from Covid this winter that it took them weeks to report all of those deaths publicly. That, too, could have affected the national death curve.

“Our surveillance system in the U.S. is not as strong as it should be or could be,” Dr. Gerald said, “and it does make it more difficult for us to understand the pace and trajectory of the outbreak.”

There are a number of possible reasons that Covid deaths have not fallen even further. With infection levels so high and few precautions being taken, the virus is inevitably reaching people who are more vulnerable because of their vaccine status, age or underlying conditions. And even as some people gain immune protection during the pandemic, others become more susceptible to bad outcomes as they age or develop weakened immune systems.

The country’s stagnant booster campaign has also left many older people at a long distance from their last shot and so vulnerable to the effects of waning immunity.

“Overall, the people who’ve been coming through with Covid are much, much less sick than they were even this winter,” said Dr. Megan Ranney, an emergency physician at Brown University. “It feels like almost a different disease for folks, with the exception of people who are really old, who are unvaccinated or who are immunosuppressed.”

Disparities in access to booster shots and antiviral pills have also put some Americans at higher risk. Black and Hispanic people eligible for boosters have received the shots at lower rates than white people have, reflecting what some epidemiologists describe as limited efforts in some states to put boosters within easy reach. Patients who do not have primary care doctors, or who live far from pharmacies, can also struggle to get antiviral pills.

The number of hospitalized Covid patients is still climbing nationally, making it likely that increases in deaths will gradually follow, epidemiologists said. It is unclear how hard the wave will hit less-vaccinated regions, like the South, where immunity from past infections has also grown.

“Unfortunately, vaccination rates in many southern states are among the lowest in the country,” said Jason Salemi, a professor of epidemiology at the University of South Florida. “But there is certainly a lot of immunity built up through prior infection.”

Even as fewer cases turn deadly, the unprecedented number of infections this winter and spring has created significant problems of its own. In the United States, one in five adult survivors of Covid under 65 has dealt with some version of long Covid, a recent study found. Many people have missed work, including doctors, whose absences this spring have periodically strained hospitals that already had staffing problems.

Dr. Karan, of Stanford, said that he had lingering symptoms from a January bout with Covid until April. A month later, he was infected again. As of last week, he said, with the subvariant surge hitting California, his team of five doctors at one of the hospitals where he works had been reduced to two because of Covid absences, forcing delays to consultations for some patients.

In the Northeast, where cases have been falling for several weeks, Dr. Ranney said that Covid patients had generally been spending less time in the hospital during the latest wave.

They had also been presenting differently, she said. In previous surges, patients’ most pressing difficulties tended to be the direct result of Covid, like low oxygen levels or severe pneumonia. This spring, she said, more patients needed care because Covid had exacerbated underlying conditions, like diabetes or heart trouble.

“This wave feels qualitatively and quantitatively different,” Dr. Ranney said. “We’re not seeing our I.C.U. get filled up with patients who are gasping for breath or who are on death’s door.”