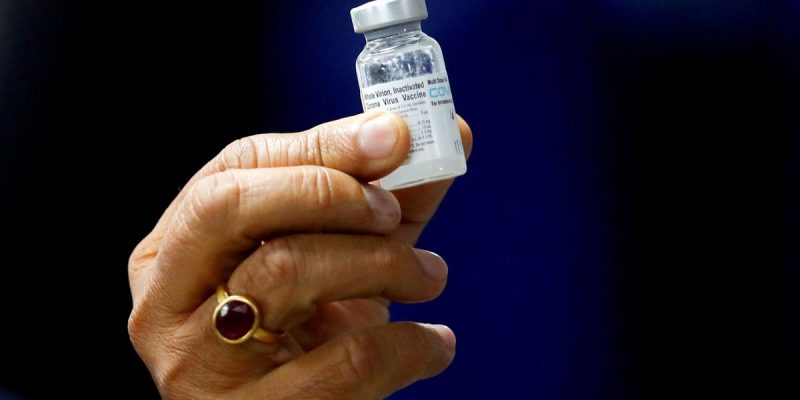 In response to these and other allegations, one of the company’s directors has reportedly said that they had to skip certain processes because of “political pressure” to develop an indigenous vaccine, that their modifications to the trial process were “vetted” by the regulator and that the vaccine’s clinical trials were dictated by “speed”.

This is the first time a senior official of the company has responded to allegations against the company. In April, the WHO suspended the supply of Covaxin to UN agencies citing deficiencies in good manufacturing practices. The WHO had also said that Bharat Biotech made some changes in the manufacturing processes after receiving an emergency-use license for Covaxin. The company didn’t say what the changes were nor did it respond to queries related to its ‘corrective’ action.

However, as The Wire Science subsequently found, the WHO had rejected Bharat Biotech’s corrective action plan and that the vaccines continued to remain suspended on the same grounds. The company didn’t issue any statements about the suspension. Of all COVID-19 vaccines in the world, Covaxin is the only one to have been suspended by the WHO.

Now, according to STAT, there were several irregularities in the three phases of the clinical trials conducted for the vaccine. The outlet’s investigation, led by reporter Ed Silverman, found that the number of participants enrolled in the first and second phases of the trials, accessed from the corresponding papers published in The Lancet Infectious Diseases, differed from the number specified in the trial protocol document.

“In reviewing the documents, there was a clear discrepancy in the number of enrollees,” Silverman wrote. “In reporting the Phase 1/2 data, the protocol stated 402 participants were given the first dose and 394 got the second dose. But results published in Lancet Infectious Diseases in January 2021 stated 375 people were given a first dose and 368 received a second dose.”

In response, Krishna Mohan, who is one of Bharat Biotech’s directors, attributed this to difficulties in coordination between people working remotely. Reshma Ramachandran, head of the Collaboration for Regulatory Rigor, Integrity, and Transparency at the Yale School of Medicine, also said these changes were “worth noting” but not necessarily “disruptive” for Covaxin.

But Ramachandran found another discrepancy to be “problematic”: in the phase 2 clinical trial, the trial administrators dropped the placebo arm.

In a clinical trial for a vaccine, it is administered to two sets of participants: one receives the active form of the vaccine and one receives a dummy, also known as a placebo. After a predetermined period, investigators estimate the vaccine’s safety and efficacy by comparatively analysing the data from the two groups.

It is okay to drop the placebo arm only when a vaccine’s efficacy has already been established, not when it is being evaluated for the first time. Specifically, having a placebo arm allows investigators to understand a vaccine’s effects against a disease relative to how that disease might have progressed without the vaccine. Replacing the placebo arm with just another formulation only allows investigators to assess how well one formulation does relative to the other.

As an illustration: if one formulation is bad and the other is terrible, the bad one will still look good relative to the terrible one – but that wouldn’t mean it’s good overall.

STAT’s efforts also found that the CDSCO subject expert committee gave Bharat Biotech the go-ahead to initiate phase 2 trials even before the results of the phase 1 trial were available. The permission had been granted on the basis of preclinical studies, which are conducted with animals, before the first phase of the human trials.

Phase 1 trials are small and this didn’t pique Ramachandran’s concerns – but what reportedly did was the company commencing phase 3 trials without the results of the phase 2 trials.

In phase 2, investigators assess whether the vaccine is safe and effective enough to initiate a phase 3 trial, which typically has a very large number of participants. Bharat Biotech’s Mohan admitted to STAT that the company had initiated a phase 3 trial on the basis of animal studies alone. Mohan also told STAT that the company had made these decisions after repeated “pushback from regulators”.

Since the report was published, Jacob John, an infectious diseases expert and a faculty member at the Christian Medical College, Vellore, has demanded that The Lancet Infectious Diseases review the corresponding papers – which also counted scientists from the Indian Council of Medical Research (ICMR) among their authors.

Indeed, ICMR – which is India’s topmost medical research body – had a direct stake in the development of Covaxin: the ICMR National Institute of Virology had isolated the novel coronavirus to make Covaxin. ICMR also received 5% royalty on the sales of Covaxin. Neither ICMR nor the institute have ever responded to any allegations against Covaxin.

At a Bhopal hospital, which was one of the sites where the phase 3 trial was conducted, one trial participant died allegedly after receiving Covaxin in late 2020. The government conducted an inquiry and subsequently rubbished the allegations. But its findings were never made public – nor did Bharat Biotech scientists factor the individual’s death as a potential serious adverse event in their paper in The Lancet.

In fact, before the paper was published, the company claimed that the death wasn’t related to the vaccine. But neither the company nor the government revealed whether the individual received the vaccine or the placebo, nor how they were able to reach their conclusions.

Another controversy erupted when Covaxin became the vaccine to take the most time to receive the WHO’s approval. There were several exchanges between Bharat Biotech and the body within the WHO that was assessing the vaccine, as the latter demanded more and more data before it was satisfied with the vaccine’s efficacy and safety.

On March 30, 2021, the Brazilian drug regulator ANVISA had listed several issues in the company’s ‘good manufacturing practices’ – echoing concerns the WHO had expressed in April 2022. However, there was no clarity on whether ANVISA’s objections to Covaxin were on the same grounds as those of the WHO: the CDSCO has refused to make the contents of the WHO report against the vaccine publicly available. But ANVISA later approved the vaccine’s import into Brazil.

Indeed, Covaxin’s approval by the India government in January 2021 was controversial. There was no interim efficacy data available at the time, and the government had approved it in what it called “clinical trial mode” – a term that left experts confused because it had never been used by anyone before.

In the months following the approval, more and more data about Covaxin became available – although the paper describing the phase 3 trial and its results was published after a considerable delay. In this time, the scientists involved in the government’s COVID-19 response denied any undue pressure to hasten the trial – but Bharat Biotech’s Mohan has reportedly conceded that to STAT.