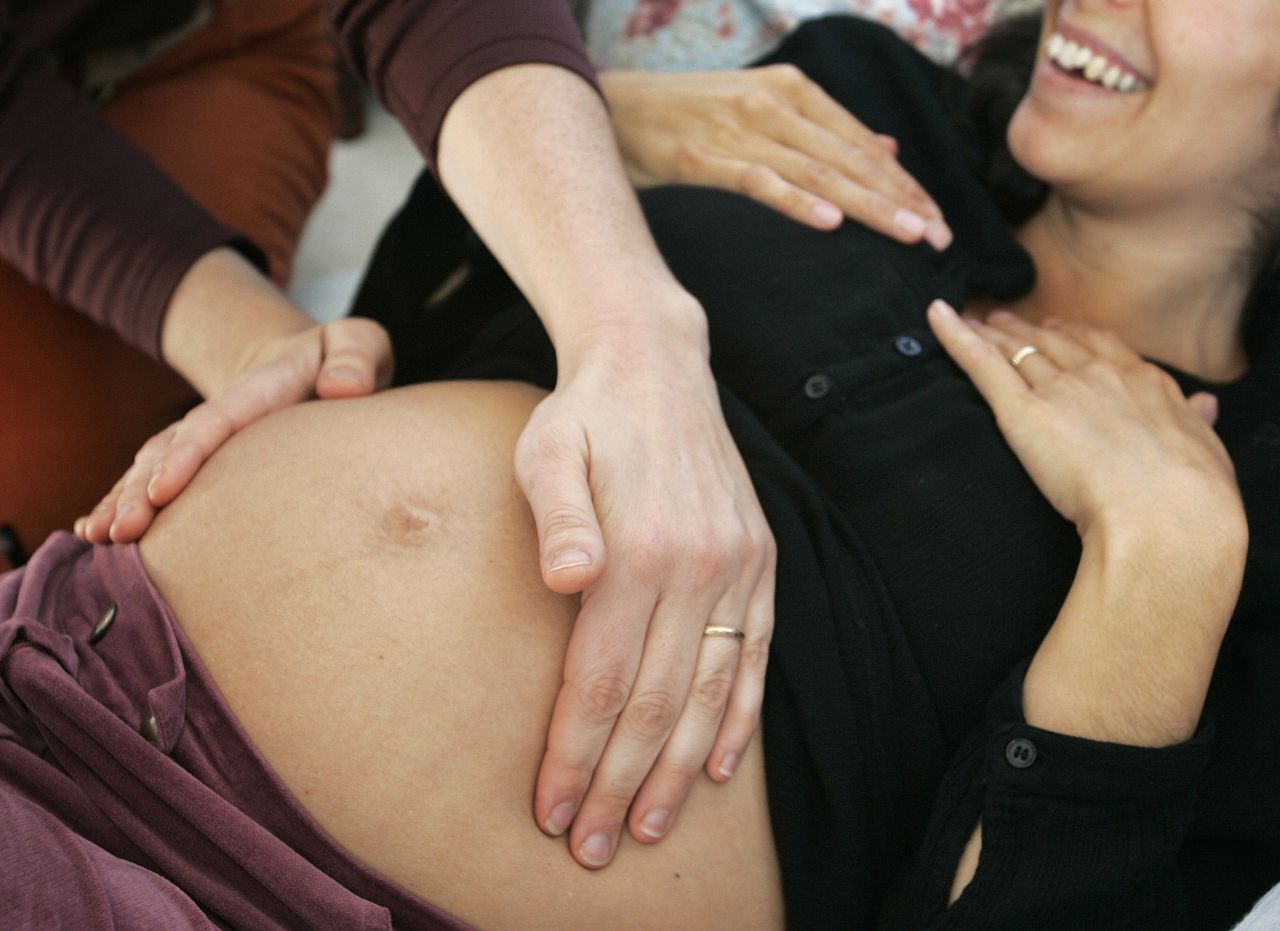 CLEVELAND, Ohio – Pregnancy causes changes to a woman’s immune system that put her at higher risk for serious illness due to COVID-19 infection, but those same immune changes have also led researchers to speculate that they may have an unusual and unexpected benefit – protection against long COVID-19.

That’s one of the answers that could come out of studies being conducted across the country, including here in Cleveland, to gain a better understanding of how COVID-19 affects people differently.

One thing we know for certain about COVID-19 is that it doesn’t affect everyone in the same way. And that fact has been one of the most perplexing aspects of the disease.

Right from the start, it was clear that children didn’t seem to be as vulnerable as adults and older adults appeared to be the most vulnerable of all. Men were more likely to get seriously ill with the initial infection than women, but women turned out to be far more likely to have long COVID than men.

One explanation for these differences is that changes to the immune system at various stages of life — due to health and hormone levels that fluctuate based on age, sex, and reproductive status — play a key role in a person’s vulnerability to the initial infection, whether they become seriously ill, as well as the likelihood it will develop into a chronic illness.

The hallmark of long COVID-19 is a heightened immune response that fails to quiet after the initial infection passes, and the symptoms that continue to plague patients months later are thought to be a consequence of a chronic inflammatory state.

It’s still unclear what causes this overactive immune reaction, or why it occurs in some people and not others, but when it comes to answering these questions, pregnant women may hold important clues.

The reason is that during pregnancy the ability of the body to mount an immune response is diminished. And as a result, pregnant women are more vulnerable to acute infections, but also potentially less likely to mount the sort of overactive immune reaction that is thought to be responsible for the chronic inflammation that sometimes follows.

It’s a natural biological phenomenon designed to protect the baby from the immune system of the mother, said Dr. Kelley Gibson, director of maternal fetal medicine at MetroHealth System, and the results of early studies on the effects of acute COVID-19 during pregnancy, were just what they would expect,

“They found that being pregnant with COVID was more dangerous than being pregnant without COVID or having COVID without pregnancy,” she said. Predictably, women — and specifically unvaccinated women — who had COVID during their pregnancy often became sicker, and the risk of fetal loss and preterm birth was higher.

Gibson currently leads local research efforts on the long-term health effects of COVID-19 during pregnancy, part of the RECOVER study funded by National Institutes of Health. What she and her colleagues are now interested in is what happens to pregnant women who had COIVD-19, and their babies, months or years after recovery from an infection.

The goal is to answer questions like, does having had COVID-19 while you were pregnant lead to different outcomes than if you had COVID-19 and weren’t pregnant? Are the risk factors of pregnant women different than if they had not been pregnant? And does COVID-19 exposure in utero lead to any long-term complications for the babies later in life?

Gibson said she simply doesn’t know the answer to those questions, yet. However, she does have some preliminary observations.

First, of the women who had COVID-19 during pregnancy and continued to have symptoms, their symptoms were predominantly related to changes in the cardiovascular system, such as shortness of breath and other changes in heart function.

“That’s something we have to monitor very carefully in labor,” Gibson said. “Labor itself is almost like a mini stress test in that it puts quite a bit of extra strain on the heart. So for patients that have any change in their cardiac activity that’s the time we worry most about them.”

This observation could be due to bias, because it’s something obstetricians pay close attention to, while other symptoms like fatigue and brain fog, are common during pregnancy and more easily overlooked.

But on the other hand, the adult RECOVER study has already shown that a subset of non-pregnant patients specifically report post-COVID-19 symptoms related to the heart and lungs.

Second, is that the number of women who get COVID-19 during pregnancy and go on to develop long-term symptoms, seem to be fewer than those who became infected and were not pregnant. In other words, pregnant women seem to more likely to become infected with COVID-19 in the first place, but they are less likely to develop long COVID after they recover.

To be clear, these are just one doctors observations — the study is still gathering data. But if they hold true, the next logical questions are, could pregnancy possibly be protective for long COVID-19? And if so, could researchers learn how to mimic some of the immune changes seen in pregnancy to help prevent or treat long COVID in others.

“I think that’s biologically plausible, although I don’t think we know that yet for certain,” said Gibson. “It may be why I haven’t seen as much long COVID as some of my internal medicine colleagues. It’s a great theory.”

One thing Gibson says they are confident about is that vaccination is the best way to protect pregnant women and their babies. Although the virus doesn’t cross the placenta and cause birth defects like some other viruses do, it can infect and damage the placenta, cutting off the baby’s supply of oxygen and nutrients and increasing the rates of miscarriage and stillbirth.

Vaccination, by contrast, is well known now to prevent the risk of severe disease, hospitalization and death in adults and children, reduces the risk of developing long COVID-19 in adults, and the protective antibodies from vaccinated mothers are found in their babies after birth.

“There was never any biologically plausible reason why either the vaccines efficacy or it’s risk would be different in pregnancy,” said Gibson, “And we now have very good data that is safe and effective for the mom, but that it passes on immunity to the newborn as well.”

The goal of the RECOVER pregnancy study is to enroll 1,500 women who had COVID-19 while they were pregnant nationwide. At MetroHealth, their goal is 100 patients and they have managed to enroll roughly a third of those so far.

Gibson said any woman who has had COVID-19 during a pregnancy in invited to enroll, even if they are not currently pregnant.

“We still have plenty of room for more,” Gibson said.

Is long COVID just another form of chronic fatigue?