The Perfect Enemy | Colombia’s big break from the past
Skip to content
July 7, 2022
Read Time:3 Minute 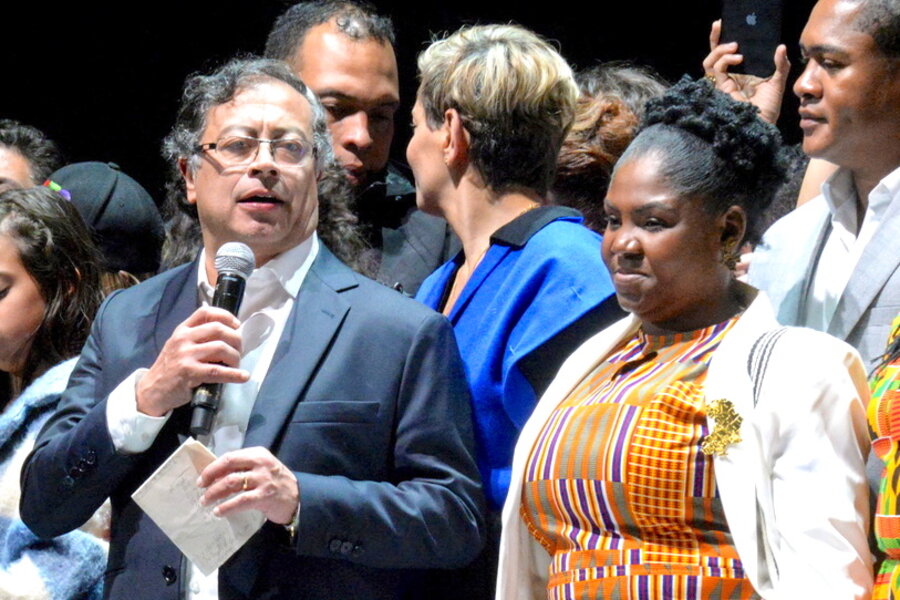 The election of Gustavo Petro as president of Colombia on Sunday marks the first time that South America’s second most populous nation will be ruled by a leftist. That fact alone troubles some observers. Mr. Petro seeks to renew ties with Nicolás Maduro, the repressive socialist dictator who has overseen economic collapse in neighboring Venezuela. Mr. Petro’s proposals to halt new petroleum exploration and to redistribute wealth, critics fear, threaten one of the region’s most successful economic recoveries from the COVID-19 pandemic.

Yet Mr. Petro’s policies and political leanings may be less helpful in understanding what kind of leader he will be than a slogan graffitied on walls across the poorest neighborhoods of cities like Bogotá, the capital: “On the other side of fear is the country we dream of.” That aspiration reflects a society that is rejecting apathy for hope and fear for democratic renewal after decades of violence and hardship.

Mr. Petro has an unusual résumé. He is a former guerrilla, mayor, congressman, and senator. He spent 16 months in prison, where he says he was tortured. He holds a master’s degree in economics. His running mate, Francia Márquez, is an environmental activist and human rights lawyer who grew up in poverty. She will be Colombia’s first Black vice president.

The two leaders personify the popular demand for change that has fueled a leftist shift across Latin America in countries like Mexico, Peru, Honduras, and Chile. That “pink tide” reflects a broad yearning for a break from decades of rule by established parties marked by corruption and economic disparity. As Transparency International noted in its latest annual study of corruption in Latin America, the region saw an uptick in serious attacks on key democratic freedoms like speech and the media that defend societies against corruption. In Colombia, it noted “serious excesses in the use of police force” to quell mass demonstrations.

Violence is also up, according to the United Nations. In the first two months of 2022, violence escalated by 621% over the same two months in 2021, resulting in the displacement of roughly 275,000 people.

Significantly, however, 70% said that dialogue and a willingness to listen to diverse opinions generated trust and showed a model for how government can rebuild confidence in democracy through transparency.

That may partly explain Mr. Petro’s appeal. He promised to tackle corruption and restart a peace process between the government and a former rebel army that stalled under outgoing President Iván Duque Márquez. Like his newly elected reform-minded counterparts in Honduras and Chile, he starts without much political leverage. He won with just over 50% of the vote, and his Historic Pact party will have to find partners in Congress to enact his proposals.

But the election showed a rekindling of hope among voters. Martha Inés Romero of Pax Christi International told the international press agency Pressenza that, partly as a result of Mr. Petro’s independence from past ruling parties, younger Colombians had more confidence in the power of their vote. “Colombia deserves a different option, one that shows possibilities for the incorporation of those who have been historically excluded, and we have hope that there will be a real change,” she said.

Throughout Latin America, voters are embracing peaceful change at the ballot box. In Colombia, they expressed hope that Mr. Petro represents a new era of leadership by listening.