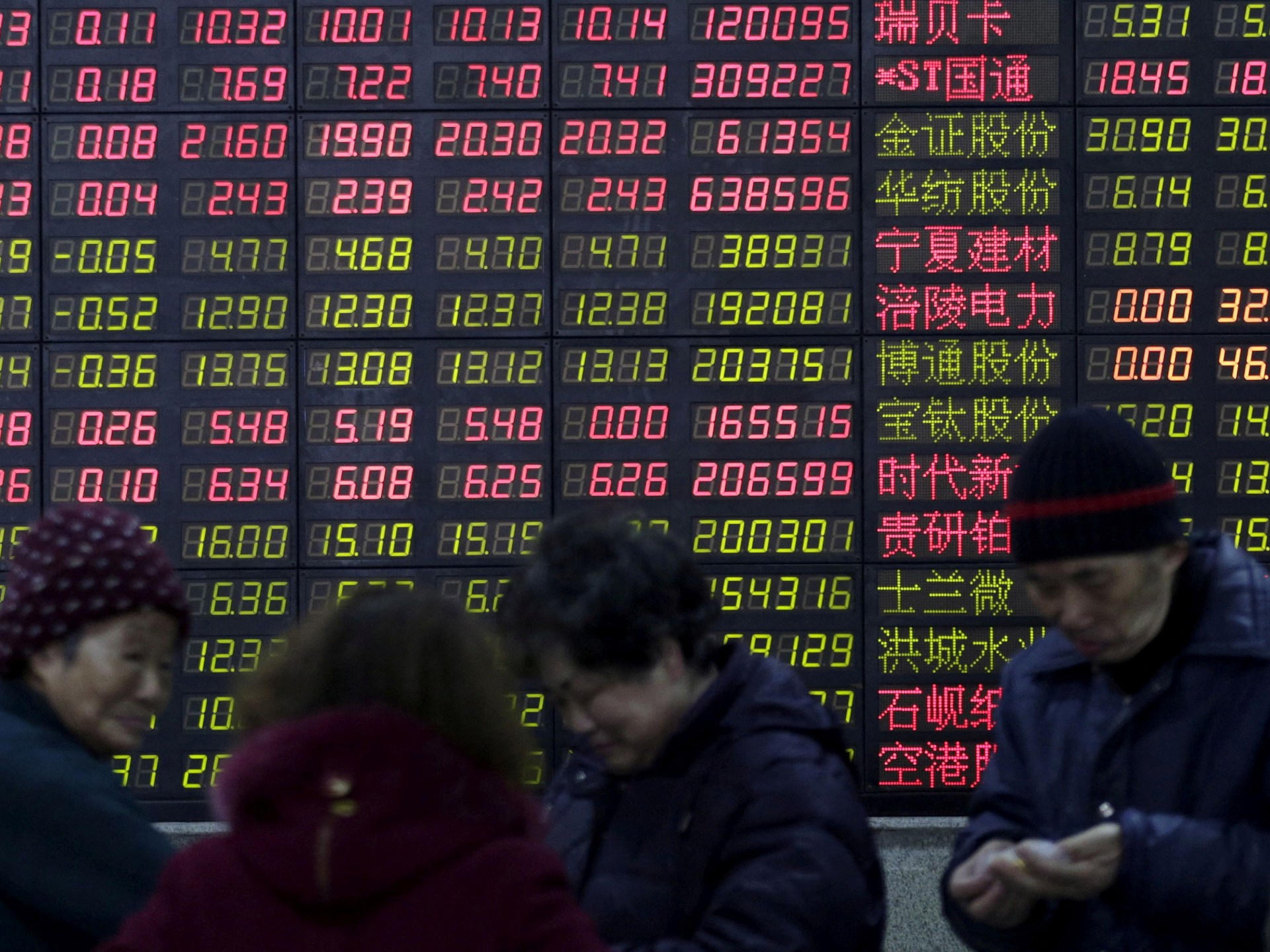 China’s stock markets have risen sharply after a state-run newspaper reported that local officials are being warned against excessively harsh measures to control COVID-19.

Shares rose more than 7 percent in Hong Kong and 2.5 percent in Shanghai on Friday after the Global Times said health authorities stressed the need for anti-pandemic efforts to proceed “prudently and delicately” and with “the shortest time and lowest cost possible”.

The Chinese Communist Party-owned tabloid said the National Health Commission made the announcement on Wednesday as part of efforts to “correct mistakes from overly strict measures that have caused damage to people’s properties and lives”.

The report, however, added that China was still “unswervingly adhering to the dynamic zero-COVID strategy by preventing the import of cases and internal rebounds”.

China’s harsh pandemic strategy, which relies on lockdowns, mass-testing and border controls to stamp out the coronavirus wherever it appears, has hammered the world’s second-largest economy and prompted rare displays of public dissent against the government.

Beijing has repeatedly ruled out living with the virus even as the rest of the world has lifted its COVID curbs, and most analysts do not expect any fundamental change in policy until well into next year at the earliest.

The rigid stance, as well as Chinese President Xi Jinping’s consolidation of power, has sapped international investors’ confidence in the economy, prompting a brain drain and large capital outflows.

The Global Times report comes after days of market turbulence over rumours about a possible loosening of the “zero-COVID” strategy.

Hong Kong’s stock market and Chinese shares listed in the United States surged earlier this week after unconfirmed claims circulated on social media that Beijing had formed a “reopening committee” to look at scenarios for relaxing its approach.

A Chinese foreign ministry spokesperson said he was unaware of any such moves.