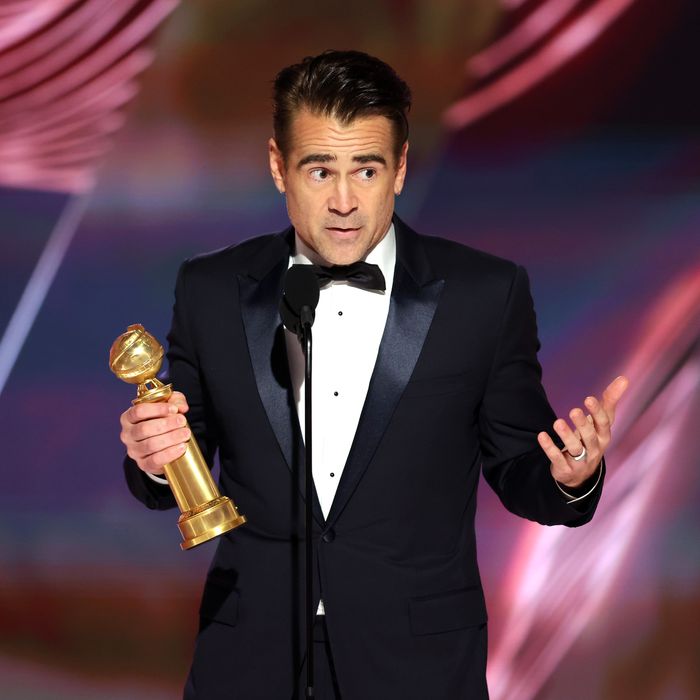 Here’s hoping your favorite celebs attending the Critics Choice Awards tonight wear masks. Three years into the COVID-19 pandemic and it seems Hollywood is still figuring out how to give each other golden statues without also creating a potential superspreader event. The proof: Colin Farrell, Jamie Lee Curtis, and others have backed out of the event after testing positive for COVID just days after attending the Golden Globes.

On Friday, three days after the Golden Globes, Curtis, who has been making the rounds this awards season with Everything Everywhere All at Once, announced that she tested positive for COVID-19. She even posted an Instagram photo of three different at-home tests to prove it, writing that she would be skipping the American Film Institute Lunch, BAFTA tea, and the Critics Choice Awards. Then on Sunday, The Banshees of Inisherin stars Farrell and Brendan Gleeson both confirmed to The Hollywood Reporter that they would not attend the Critics Choice Awards after testing positive for COVID-19. And Hacks co-creator Jen Statsky also appears to have come down with COVID. This weekend, she shared in an Instagram Story that she was “riddled with the novel coronavirus.” And that’s just the ones we know about.

Of course, there’s no telling when, where, or how these celebs caught COVID. It is an extremely contagious virus, and I assume that they all had things going on outside of attending the Golden Globes, so it’s not fair to assume that they got it at the ceremony. However, the Globes were a crowded indoor event, just as the Critics Choice Awards and other award-season events are expected to be, and there’s a lot of overlap on the guest lists. Not to mention, Hollywood saw a similar phenomenon last year with a small outbreak after the BAFTAs. Assuming we all want to make it to the Oscars, I would humbly suggest that celebs mask up to attend any future award shows. If Zendaya can wear a mask to the Oscars, you can too!

Get the Cut newsletter delivered daily