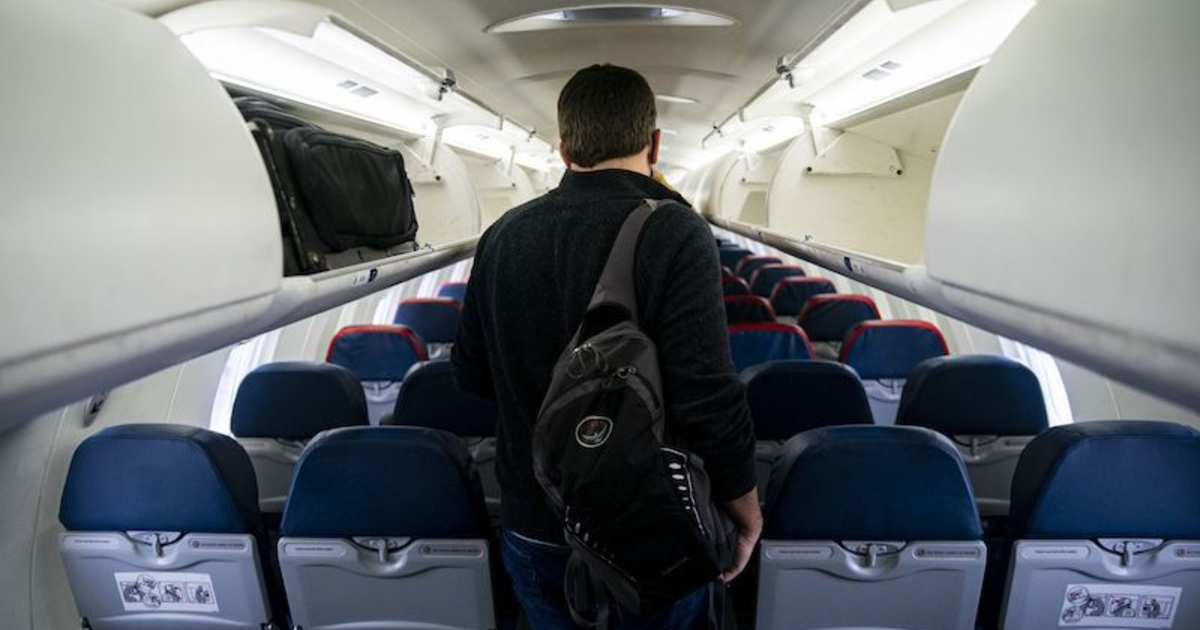 (Bloomberg) — Flying business class has always been beyond the means of most fliers. Now even companies can’t afford fares that have soared as the world tries to reconnect in the wake of Covid.

A return business-class flight on the longest routes, between New York and Sydney, for example, can cost more than $20,000, about double the price from pre-pandemic days.

Get access to all our coverage with a subscription to Crain’s Chicago Business.

As Covid restrictions eased around the world, airlines struggled to reactivate their fleets and bring back staff fast enough to cope with the growing appetite for air travel. That’s limited capacity and seat availability. Higher fuel costs have also pushed up fares.

According to CWT and the Global Business Travel Association, business-class air fares will be up 45% in 2022 and another 6.2% next year. Business-class tickets for flights leaving the US jumped 52% between January and August, a steeper increase than in economy and premium-economy, travel manager TripActions said.

With companies balking at the costs, corporate travel is back on shaky ground, having not yet recovered from virus-related lockdowns. That’s bad news for airlines. Business travelers represent 75% of a carrier’s profit but only 12% of passengers, according to travel software firm Trondent Development Corp.

Has to Be Economy

Checking fares to fly colleagues to a team gathering in Bangkok, Sydney-based management consultant Dhruv Sharma found his budget couldn’t stretch to business class, the usual choice, without doubling to $6,000 a person. “It has to be economy,” he said.

Sharma is trying to soften the blow for those who go to Thailand by offering time off when they get back to Australia. Even so, he expects 20% of colleagues to pull out because they’ll be flying coach.

Whatever the final figure, travelers have been largely weaned off business trips because Zoom has shown what can be achieved without getting on a plane. The recent surge in fares is putting the benefits of video calls into even sharper relief.

Boston-based consulting firm Refine and Focus, which works on projects across the globe, was wary of paying for unnecessary trips even before the pandemic. Rising air fares and an inflationary spike in expenses have pretty much grounded the whole company.

“We have almost stopped traveling,” said Purnima Thakre, the firm’s co-head. “For any given project, I’d rather pay people better than spend that money on air tickets.”

Fares are fluid and some routes are more extravagantly priced than others. Delta Air Lines Inc. and IAG-owned British Airways Plc are charging more than $10,000 to fly London-New York return in business class next month, according to travel portal kayak.com.

Return London-Sydney business-class flights with Singapore Airlines Ltd. are going for about $12,000. Nearer the top of the market, Qantas and United Airlines Holdings Inc. want more than $22,000 for premium return New York-Sydney seats.

The shift coincides with rising inflation and fears of a recession. Any rebound to pre-pandemic corporate travel spending of $1.4 trillion won’t come until 2026, according to the Global Business Travel Association. That’s up to two years later than the association previously expected.

More than ever, corporations are choosing flights based on price rather than airline loyalty programs in order to maximize travel budgets, said Martin Ferguson, head of public affairs for American Express Global Business Travel.

Southwest Airlines Co. last week flagged a slowing recovery in business travel, with revenue from the segment down 26% in July and 32% in August compared with the same months in 2019. American Airlines Group Inc. CEO Robert Isom said this month that large corporate customers such as investment bankers are about 75% recovered, lagging the rebound by smaller businesses.

Concern about fares is to some degree being masked by the lack of planes in the air, as that makes demand appear strong enough to keep prices high. Globally, international capacity is still 25% below 2019 levels, according to travel data provider OAG.

Cashed-up leisure travelers are also snapping up some of the comfortable seats vacated by business customers. Flush with savings and air miles accumulated during lockdowns, vacationers have emerged as a target market for the premium seats toward the front of planes.

But that still leaves a gap.

“The risk the airlines are taking is the longer they don’t attract them back, the more behaviors change,” said Virginia Fitzpatrick, Sydney-based Asia Pacific director at advisory firm Partnership Travel Consulting. “They need to get them all back because corporate travel fuels the profitability of airlines.”

Lendlease Corp., a Sydney-based developer whose projects include the 9/11 Memorial & Museum in New York and Malaysia’s Petronas Twin Towers, said the cost of flying is making the company rethink business trips and apply lessons learned during the pandemic.

“Our people are becoming smarter about how they travel — staying for longer to make the most of a journey,” said Frank Krile, Lendlease’s chief risk officer. “They’re also more conscious of what can be done online versus what is best done in person.”

While Lendlease booked 60% more flights over the six months to August compared with a year earlier, the number of trips remains well below pre-pandemic levels, Krile said.

In Sydney, consultant Sharma is struggling to see how he’ll get his team together when air fares are unaffordable.

“We have the opportunity to get people to fly but this is an unprecedented challenge,” he said. “It’s kind of frustrating.”