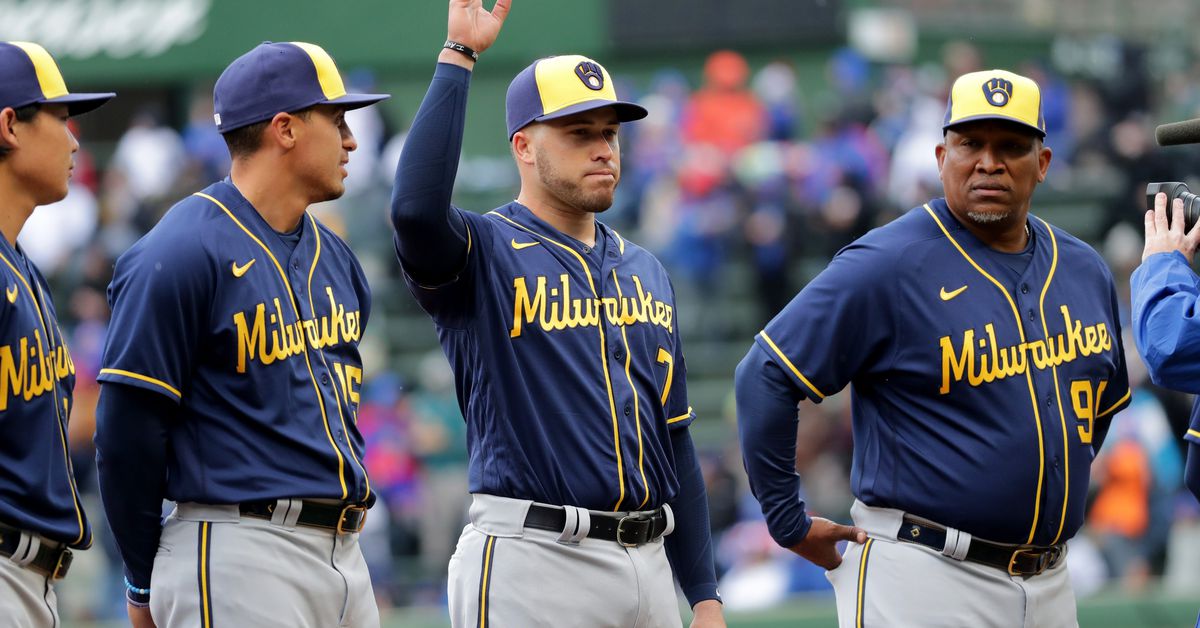 The Brewers have made their first in-season roster move of 2022, recalling catcher Alex Jackson from AAA Nashville. This move followed the news that Victor Caratini would be placed on the COVID-19 injured list.

Per Adam McCalvy on Twitter, Caratini is said to be asymptomatic. In order for him to return from the IL, he must report back-to-back consecutive negative tests more than 24 hours apart.

Victor Caratini is said to be asymptomatic, so by the process of elimination he must have been a close contact to an individual who tested positive for COVID-19.

There is no minimum IL stay. He must return consecutive negative tests more than 24 hours apart to be reinstated.

The Brewers acquired Jackson from the Marlins on April 6, in exchange for minor leaguers Hayden Cantrelle and Alexis Ramirez. This season, Jackson is slashing .205/.273/.385 with two home runs and 10 RBIs in 11 games. He has experience in the majors, appearing in 52 games in 2021 and nine across 2019 and 2020. Counsell said during his pre-game media interviews that they expect Jackson to make an appearance in the coming days.

The Brewers also announced today that minor leaguer Abner Uribe underwent knee surgery to repair a torn meniscus. The Brewers’ 19th-ranked prospect according to MLB Pipeline is expected to miss six to eight months. Abner has appeared in two games so far this season for AA Biloxi, pitching three innings, striking out four and giving up no runs.

For the first time during the pandemic, I tested positive for COVID-19. So, Dr. Fauci and I had a chat