The Perfect Enemy | ‘Blood on your hands’ if world steps back on tackling COVID now, WHO official says
Skip to content
October 4, 2022
Read Time:2 Minute 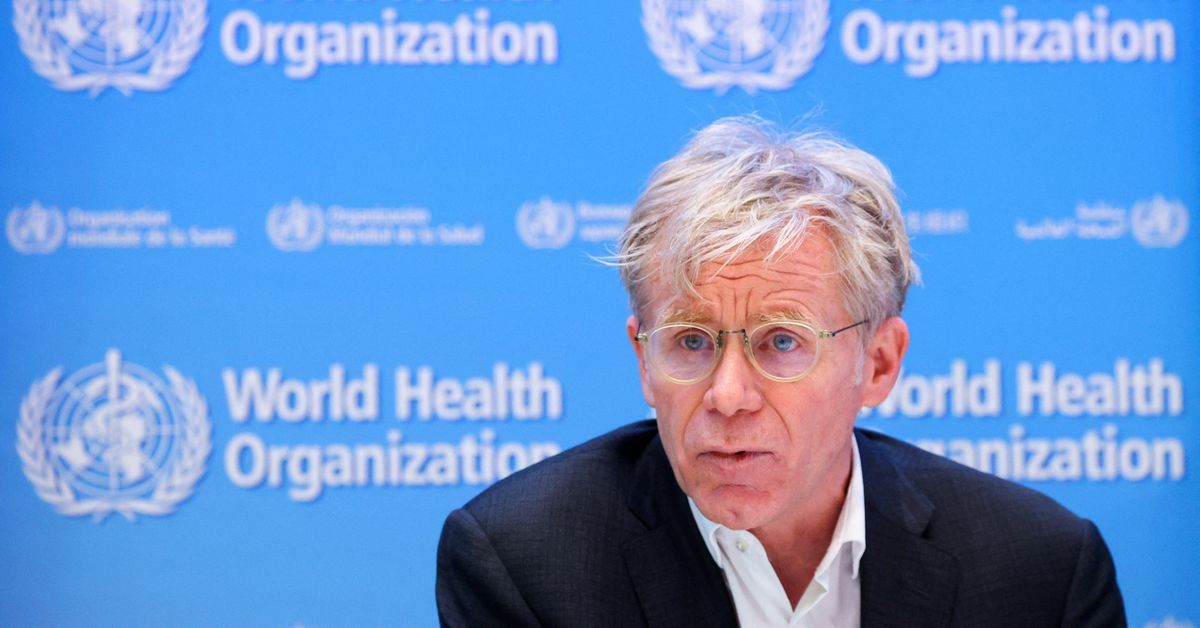 Bruce Aylward, Senior Advisor to the Director-General of the World Health Organization (WHO), speaks during a news conference in Geneva, Switzerland, December 20, 2021. REUTERS/Denis Balibouse

LONDON, Sept 23 (Reuters) – If rich nations think the pandemic is over, they should help lower-income countries reach that point too, a senior World Health Organization official told Reuters.

In an interview, WHO senior adviser Bruce Aylward warned that richer nations must not step back from tackling COVID-19 as a global problem now, ahead of future potential waves of infection.

“When I hear them say, ‘Well, we’re so comfortable here,’ it’s like, ‘Great, now you can really help us get the rest of the world done’,” said Aylward.

Aylward said that the group he co-ordinates, which focuses on equitable access to COVID-19 vaccines, treatments and tests worldwide, is not yet ready to move out of the emergency phase of tackling the pandemic and that countries need to be ready and have treatments in place for any further waves of infection.

“If you go to sleep right now and this wave hits us in three months… God – blood on your hands,” he said.

He also stressed that Biden had a point domestically as the United States has good access to all COVID tools. It has also not cut its global commitment to fighting COVID, he added.

Aylward co-ordinates the ACT-Accelerator, a partnership between WHO and other global health bodies to help poorer countries access COVID-19 tools. The effort, which includes the vaccine-focused COVAX, has reached billions of people worldwide but has faced criticism for not acting quickly enough. There had been some speculation that the effort may wind up this autumn, but Aylward said it was simply changing its focus as the pandemic changes.

Over the next six months, the partnership will aim particularly at delivering vaccines to the roughly one quarter of the world’s health care workers and elderly who have still not had a shot, as well as on improving access to test-and-treat particularly with Pfizer’s Paxlovid, he said.

It will also look to the future as COVID is “here to stay”, and unless systems are put in place, support will collapse once other industrialised nations also think the pandemic is over, said Aylward.

The initiative already has an $11 billion gap in its budget, with most of its available $5.7 billion in funding pledged towards vaccines rather than tests or treatments.