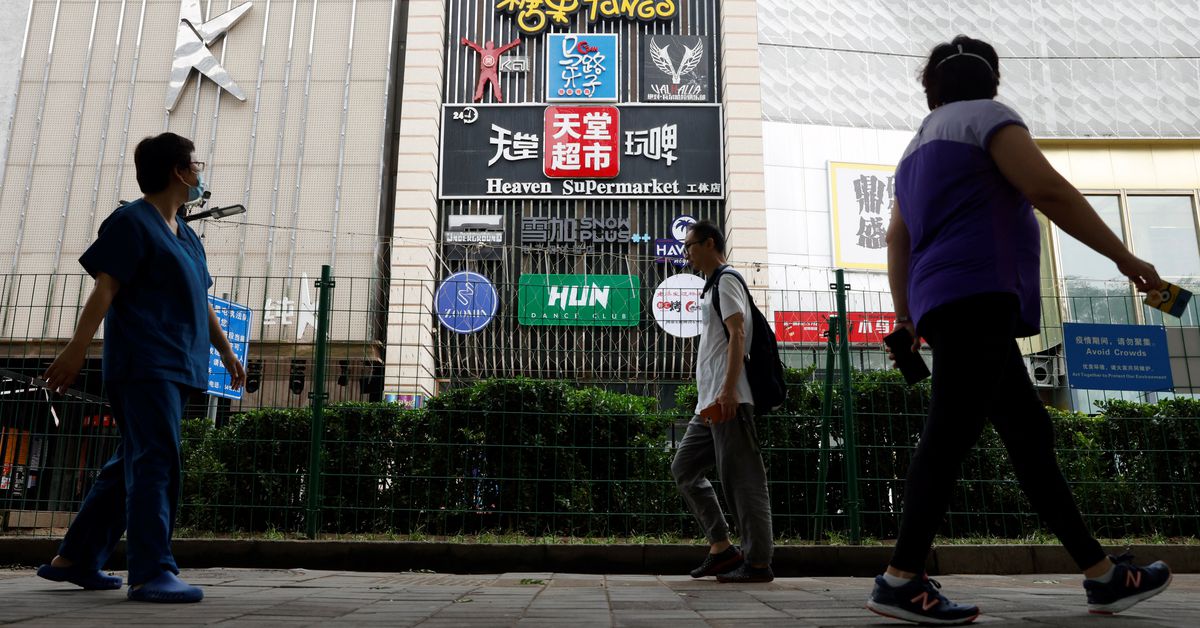 The outbreak of 228 cases linked to the Heaven Supermarket Bar, which had just reopened as restrictions in Beijing eased last week, highlights how hard it will be for China to make a success of its “zero COVID” policy as much of the rest of the world opts to learn how to live with the virus.

The re-emergence of infections is also raising new concerns about the outlook for the world’s second largest economy. China is only just shaking off a heavy blow from a long lockdown in Shanghai – its most populous city and commercial nerve centre – that also disrupted global supply chains.

“Epidemic prevention and control is at a critical juncture,” a Beijing health official, Liu Xiaofeng, told a news conference on Monday, adding that the outbreak linked to the bar in the city’s biggest district, Chaoyang, was “still developing”.

In a show of how seriously authorities are taking the situation, Vice Premier Sun Chunlan visited the bar and said it was necessary to strengthen COVID prevention and control of key places, state media reported on Monday.

People infected in the outbreak live or work in 14 of the capital’s 16 districts, authorities have said.

Drinking and dining in most of Beijing’s establishments only resumed on June 6 after more than a month in which the city of 22 million enforced curbs including urging people to work from home, and shutting malls and parts of the transport system.

Chaoyang kicked off a three-day mass testing campaign among its roughly 3.5 million residents on Monday. About 10,000 close contacts of the bar’s patrons have been identified, and their residential buildings put under lockdown.

Some planned school reopenings in the district have been postponed.

Queues snaked around testing sites on Monday for more than 100 metres, according to Reuters witnesses. Large metal barriers have been installed around several residential compounds, with people in hazmat suits spraying disinfectant.

Other nearby businesses under lockdown included the Paradise Massage & Spa parlour. Police tape and security staff blocked the entrance to the parlour on Sunday and authorities said a handful of people would be locked in temporarily for checks.

The bar, where patrons check aisles to grab anything from local heavy spirits to Belgian beer, is known among Beijing revellers for its tables littered with empty bottles, and customers falling asleep on sofas after midnight.

Officials have not commented on the exact cause of the outbreak, nor explained why they are not yet reinstating the level of curbs seen last month.

The state-backed Beijing Evening News wrote on Monday that the outbreak arose from loopholes and complacency in epidemic prevention, and said that if it grew, “consequences could be serious, and would be such that nobody would want to see”.

Shanghai endured two months of lockdown with restrictions lifted less than a fortnight ago.

There was relief among its residents on Monday after mass testing for most of its 25 million people at the weekend saw only a small rise in daily cases.

But frustrations have continued to simmer about the damage the lockdown caused, especially on residents’ livelihoods.

On Monday, shopkeepers in the city centre held up signs and shouted demands for rent refunds, according to videos widely posted on Chinese social media. The rare protest had dissipated by the time Reuters visited on Monday afternoon, and there was a heavy police presence in the area.