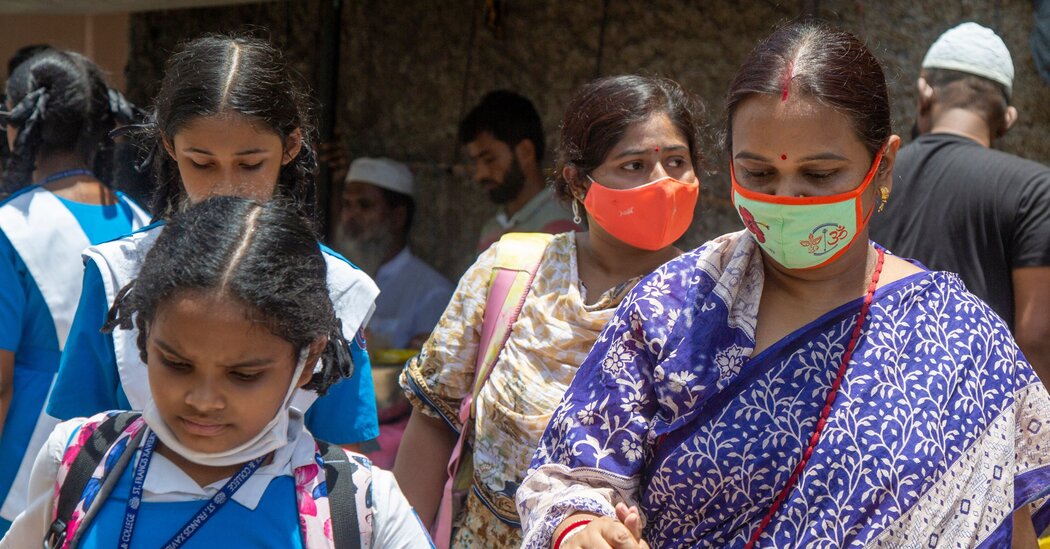 DHAKA, Bangladesh — Rebeka Beshra should be on a packed bus for the 150-mile journey to her parents’ home to celebrate Eid al-Adha, one of the biggest Muslim holidays.

Instead, she is debating whether the trip home is worth it given the surge in coronavirus cases in Bangladesh.

“It would be better not to go home this time as the virus is spreading again,” said Ms. Beshra, 25. Even though she and her husband are fully vaccinated, her biggest worry, she said, is taking the virus home to her parents, who are 55 and 65 years old.

The seven-day average of new cases has risen to the highest since February, signaling a new wave of infections in the South Asian nation. Bangladesh’s health system nearly collapsed during a Covid-19 wave last August.

The seven-day average rose to about 2,000 on Wednesday, more than double the number of cases two weeks ago, according to data from the health ministry. Before the current wave, which began in mid June, Bangladesh had not recorded a death from the virus since May and often went weeks without one.

The number of cases is rising because people are not wearing masks and some people have hesitated to get third dose of a vaccine, said Mohammad Mushtuq Husain, an epidemiologist and adviser at the Institute of Epidemiology, Disease Control and Research in Dhaka.

The Eid holidays, which begin on Saturday and last until July 13, could prove to be a superspreader event, experts say, as millions of people are expected to travel home and gather at mosques, markets and family celebrations.

“People are traveling to villages through overcrowded public transport,” said Be-Nazir Ahmed, an epidemiologist and a former director of Disease Control at the Directorate General of Health Services. “If the new wave spreads to remote areas, the elderly population will face a dangerous situation.”

If the current trend of infections continues, the situation could be disastrous, said Dr. Husain. “We have a great risk of suffering immensely.”

While 73 percent of Bangladesh’s 170 million people have received two doses of a coronavirus vaccine, according to The New York Times database, about 18 percent have received a third dose.

Ms. Beshra, who works at a coffee shop in Dhaka, one of the world’s most densely populated cities, said she was frustrated by how many people came to her store without masks on. They have even posted a note on the wall saying masks are mandatory.

“People have no fear about being infected,” said Ms. Beshra. She said she will miss her parents terribly if she decides not to go home. “And I will miss the mutton that I love.”