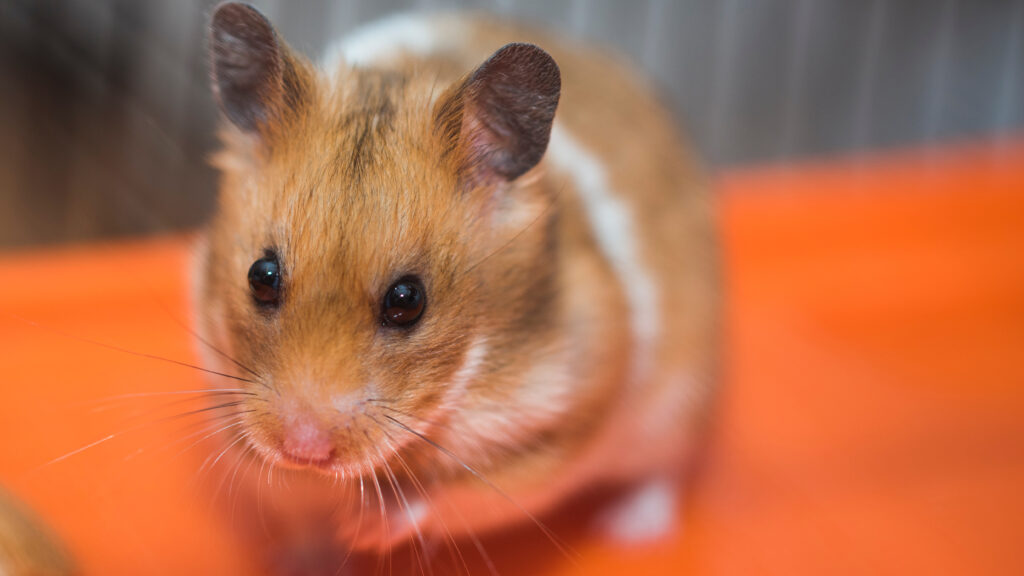 New York — In late 2020, Justin Frere, a wiry M.D./Ph.D. student dressed in head-to-toe white Tyvek, picked up a clear pipette, methodically reached into the cages of 30 unsuspecting, sedated hamsters and drip-dropped 1,000 infectious coronavirus particles down each of their nostrils.

Then, he waited. Days for some. A whole month for others.

The waiting was essential. His goal was to make a tool experts say will be critical to understanding and perhaps one day effectively treating long Covid, the debilitating and still scarcely understood constellation of symptoms that afflict many Covid-19 patients long after their initial infection has passed.

Frere and his adviser, New York University virologist Benjamin tenOever, were trying to make one of the first animal models for long Covid. They reported the first results from the experiment this week in Science Translational Medicine, showing the hamsters mimic some symptoms and molecular changes observed in humans and pointing to several plausible explanations for the disease.

If further research bears out the results, these hamsters and several other groups of animals at other labs could allow scientists to probe the basic biology of the mysterious disease, performing the kinds of analyses that you could never do in humans. They may even allow academics and companies to screen therapies before testing them on humans, a crucial step in building up what remains a barren therapeutic armamentarium.

“We are in dire need of new pathways to knowledge that can support diagnostics and therapeutics for this condition,” Harlan Krumholz, a Yale cardiologist who has been working with long Covid patients and was not involved with the work, said in an email.  “Any potential advance, especially the development of an animal model, is very welcome.”

TenOever isn’t alone. In December, a Yale lab reported testing two possible therapies on one mouse model. The next month, scientists at Stanford and Yale displayed a mouse model that shows the brain fog both long Covid and cancer patients on chemotherapy experience. Stanley Perlman, a coronavirus expert at the University of Iowa, told STAT he is working on his own model, using a version of the coronavirus adapted to infect mice.

Each of these models has different pros and cons — the Yale mice, for example, first had to be given a kind of gene therapy before they were infected with SARS-CoV-2, which could skew results — but experts say the world will ultimately need multiple animal models for long Covid.

That’s because long Covid is likely not one condition, but an umbrella term for multiple distinct ones.

“We believe that our model recapitulates some aspects of human long Covid, but I would not say it models long Covid perfectly,” Akiko Iwasaki, a Yale immunologist who helped create the Stanford-Yale model, said in an email. “Long Covid is a very heterogeneous disease. There are likely four or five distinct drivers.” And, she said, “We need multiple models that reflect each.”

‘We’re all in this together’: As long Covid studies continue, researchers cast a wider net

Right now, though, the mere fact that researchers can recreate some of the symptoms of long Covid in the lab is important as researchers continue to debate what’s driving the disease, said David Putrino, a rehabilitation specialist at Mt. Sinai who has been working with long Covid patients.

“Just saying the words ‘animal model of long Covid’ really blows out of the water these claims that aim to psychologize long Covid or tell people it’s just stress or anxiety,” said Putrino, who contributed to the Yale work.

Early in the pandemic, tenOever used the hamsters in his Biosafety Level-3 lab — originally built for flu research — to understand the course of the then-novel infection and eventually screen drugs, at the behest of the U.S. government. But in late 2020, the advent of mRNA vaccines made those studies less urgent, at the same time that patient advocacy around long Covid was bubbling up and capturing researchers’ attention.

TenOever decided his hamsters could provide a good model for the long-term condition as well. They had already closely mimicked acute infection in humans, probably because they have similar type and levels of ACE II, the protein that the coronavirus uses to vault itself into cells.

“Wherever we looked, whatever we did with our hamsters, it always got phenocopied in humans,” he said. “You could find something interesting in hamsters, and then obtain a human biopsy sample that matched those and it always carried over.”

Covid hasn’t given up all its secrets. Here are 6 mysteries experts hope to unravel

That meant his team didn’t have to do what Perlman and Iwasaki did and modify the virus or modify the mouse for the model. They could just infect them and see what happens.

Early on, some differences were clear: The Covid hamsters that were examined after three days lost their smell, unlike the flu-infected or uninfected ones. Researchers showed this by putting hamsters in a new cage with buried Cocoa Krispies.

The influenza and uninfected hamsters dug the treats straight up. The coronavirus hamsters “would kind of just wander and be like, why am I here?” said Frere.

There were many similarities, though. Both coronavirus and flu triggered inflammation in the lungs and throughout the body, though the coronavirus’s impact was more severe.

And as time went on, the differences narrowed. The coronavirus hamsters that were examined at day 31 — the point at which symptoms can begin to be described as long Covid — could smell about as easily as the other two groups. None of the hamsters had any virus. Inflammation in much of the body had also gone away, although there was some scarring.

Except for one thing: The olfactory bulb, a fingerling potato-looking mass of cells behind the nose that relays smell signals to the brain, remained inflamed even a month later.

“It is the one place where SARS-CoV-2 differentiates itself from your average response to infection,” said tenOever.

Although the olfactory bulb isn’t involved in cognitive functions, tenOever said, inflammation there can radiate deeper into the brain. His group teamed with a neurology lab and showed that many of these hamsters’ neurons were still expressing genes associated with the body’s antiviral response.

They then examined cadavers of patients who had gotten Covid-19 and died much later of unrelated causes, such as a car accident. Their brains showed a similar expression profile.

“They also had all of their antiviral defenses still on even though there’s no virus there,” tenOever said.

That pointed to a couple possible explanations for long Covid, as well as possible therapies.

How Paxlovid came to be: From the germ of an idea to a vital tool against Covid

Clearly, tenOever said, there’s an overly powerful inflammatory response against the virus, possibly because coronaviruses have a more stable and longer lasting genetic code than flu.  Although the body eventually clears it, the neurons might be permanently rewired.

There might also be leftover RNA or other types of viral debris — including zombie-like particles called defective viral genomes — driving that inflammation, even if researchers couldn’t find any.

In both cases, you could test Paxlovid, Pfizer’s highly effective antiviral, either to clear the virus in newly infected patients and prevent long-term inflammation, or to clear potential viral debris in patients already experiencing long Covid.

“It’s just the obvious choice, because it’s just such a good drug,” said Ryan Langlois, an immunologist at the University of Minnesota who wasn’t involved in the work.

You could also test drugs such as steroids that tamp down the inflammation or completely reset the immune response. Like Iwasaki’s group, tenOever suggested a treatment that clears out patient’s microglia, the janitor cells of the brain.

The work impressed some physicians who have become specialists in long Covid. “This model should be looked at carefully,” Claire Steves, a King’s College London clinician, said in an email.

There are, however, significant limitations. For one, the researchers used only the original coronavirus strain and not the variants now circulating. They also weren’t really able to mimic most symptoms seen in patients.

The closest they got was a test where you put marbles in the cages. Hamsters that are stressed or anxious will immediately bury the marbles. Indeed, the long Covid ones did so, but not at a dramatically higher rate than the flu or uninfected ones.

We’re hosting events nationwide (and virtually) to tackle the biggest questions in health and medicine. Browse our upcoming events to see what’s on the horizon.

“The hamsters are not walking around with brain fog, or cardiac problems or developing diabetes,” said Perlman, the University of Iowa coronavirus expert. “Nothing big time.”

Frere said they recognize that limitation. In addition to testing treatments, if they can secure funding, they hope to also make models of hamsters that have pre-existing conditions such as heart disease or diabetes to see if they can better show the full long Covid spectrum. The current trials were only on young, healthy hamsters.

They also hope to test other guesses at long Covid’s origin, including one hypothesis — suggested vaguely in the data — that the virus can, by killing certain cells in the nose, change the balance of a patient’s microbiome.

All that, though, will require funding. And hamsters in a high-level containment facility aren’t cheap.

“These experiments a pop are like 50 grand,” tenOever said, referring to treatment studies. “That’s not an insignificant amount of money.”