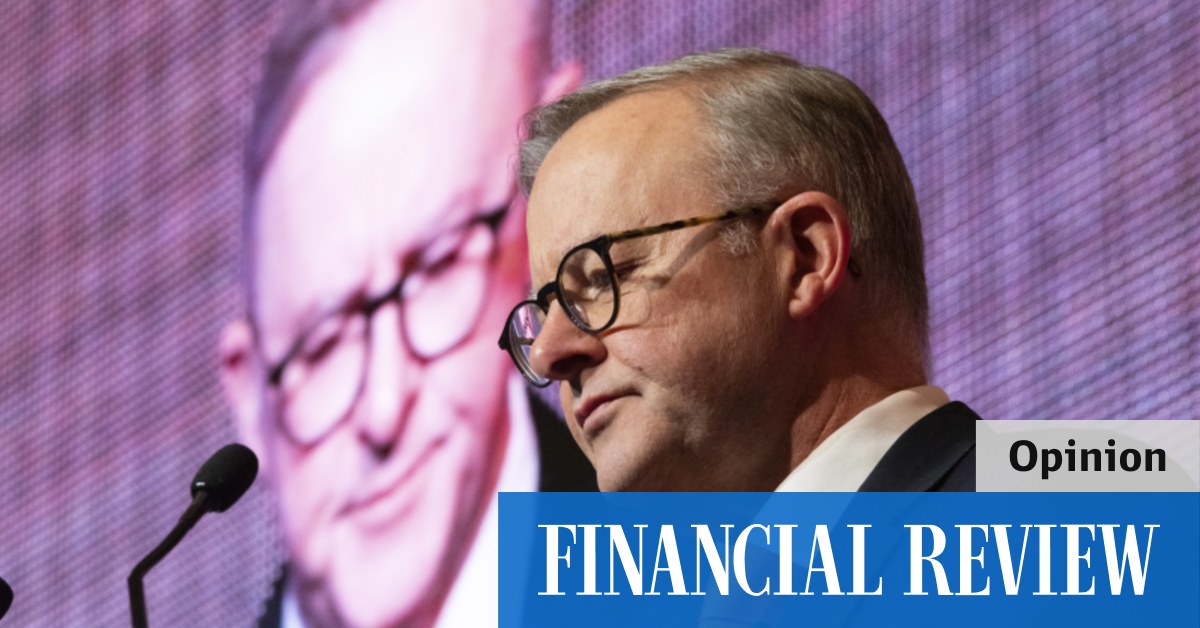 Reassured by the success of the Jobs and Skills Summit, Albanese has an opportunity to make Labor the natural party of government – a term that since World War II has been associated with the Liberal Party.

It is an expression of the view that the Liberals keep the ship of state moving forward, slowly and steadily, but when they eventually lose direction it’s time to give Labor a go. The “It’s Time” Whitlam government lasted only three years. And while the 13-year Hawke-Keating era proved the exception to the rule, the six year Rudd-Gillard-Rudd period reinstated it.

Now Albanese can change the political rule book. Although Labor has a majority of only two seats, the Coalition is 19 seats short of a majority.

Moreover, the Liberals are in the throes of an identity crisis. Most of the moderates lost their seats in the May election, leaving mainly the hard right of the parliamentary Liberal Party to run their show.

The hard-right Liberal playbook has been to identify outsiders, real or concocted, as a threat to Australian voters, and campaign to protect us from them: the post-war Soviets; the North Vietnamese communists; the illegal boat people; too many Asian immigrants; the Muslims; the Sudanese gangs that Peter Dutton warned had frightened decent Melbourne Aussies from going out to dinner; and, at this year’s election, the Communist Party of China.

While the Liberal Party continues to pursue the politics of division, Albanese will press ahead with the consensus model, judging that the Australian people want politicians to solve problems co-operatively, not create more of them.

The Jobs and Skills Summit was just the beginning. As the summit’s afterglow dims, as inevitably it will, the foreshadowed employment white paper and the government’s policy response to it will determine whether Albanese Labor can become the natural party of government.

Just as Paul Keating rang the national alarm bell with his 1986 warning that Australia risked becoming a banana republic if it did not change course, the employment white paper, unvarnished, must lay out the challenges confronting Australia.

It’s not much use trade unions and businesses arguing over who gets the bigger share of productivity growth if there’s none to share.

To give one example, the Morrison government’s intergenerational report assumes annual productivity growth over the next four decades of 1.5 per cent – equal to the average rate achieved over the past three decades. But those three decades include the stellar productivity growth rates of the 1990s generated out of the Hawke-Keating reforms that fashioned Australia’s open, competitive economy.

In the years preceding the COVID-19 pandemic, Australia’s productivity growth slowed until it finally ground to a halt. A continuation of anything resembling that abysmal effort would be catastrophic for living standards and social harmony.

It’s not much use trade unions and businesses arguing over who gets the bigger share of productivity growth if there’s none to share.

Australia has slipped further behind the rest of the world in school educational attainment.

We have plunging fertility and an ageing population, massive debt and a shockingly large structural budget deficit.

We agree on the need for a well-educated workforce, yet we deter mothers with university degrees from taking on extra paid work by inflicting on them punishing work disincentives.

The decarbonisation of our industrial sector has been delayed by a decade of climate wars.

And we must deal with our new-found vulnerability to supply chain breakdowns associated with rising geopolitical tensions.

The employment white paper must set out these challenges candidly, forming a policy platform for a re-elected Albanese Labor government.

If Labor accepts that responsibility, taking Australians into the government’s confidence, the white paper can lay the foundations for a re-elected Albanese government, setting Labor up as the natural party of government.