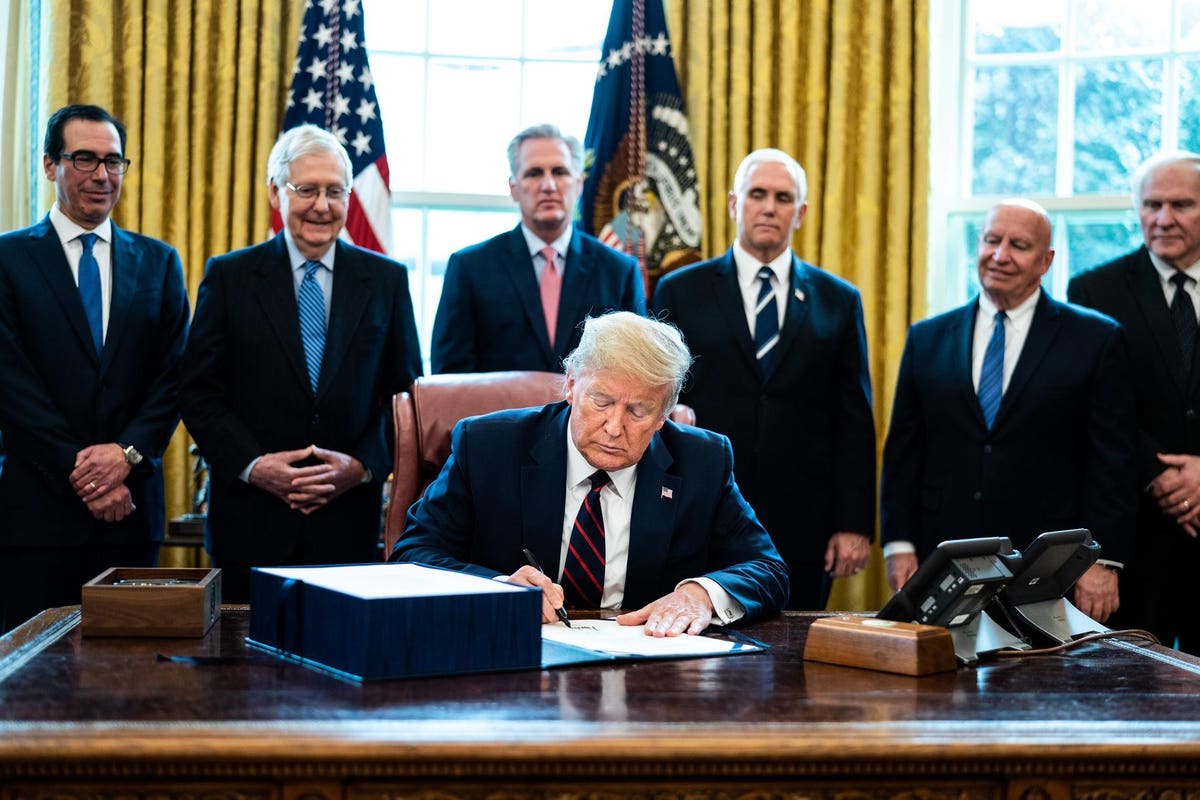 In government hallways, newspapers and on cable news shows, the narrative being pushed is that current airline disruptions shouldn’t be happening because the industry was granted taxpayer money to keep people employed. “They took money to keep people employed, but are now saying they don’t have enough people” is the common refrain. This rings an emotional chord and makes sense out of context.

A lot has happened since the world quickly shut down in March 2020. It’s hard for many of us to remember that most of 2020 was difficult, not even knowing if or when a vaccine would be available. Airlines, led by JetBlue, started mandating masks onboard as early as April 2020, long before the government made that a requirement. The first Coronavirus Aid, Relief, and Economic Security Act (CARES), passed in late March 2020, provided $2 Trillion in aid over many public and private industries, and included direct payments to citizens. Of this total, commercial airlines in the U.S. received $50 million. This was the first of what would end up being three separate sets of grants and loan offers made available to the U.S. airlines.

The first few months of the pandemic was an unprecedented challenge for the U.S. airlines. Airlines initially reported revenue off 90%, and even worse there was no visibility as to how this might improve. Businesses stopped traveling, people stayed home, and there was no place to go because everywhere was closed. In the past 20 years, airlines have faced two demand-crushing crises: the 9/11 attacks, and the financial crisis of the late 2000s. As challenging as those two events were, there was a sense even at the beginning about how the industry could recover. After 9/11, for example, there was a strong national sense that we need to get back to normal as soon as possible or the “terrorists would win.” With the pandemic, the industry saw nothing but uncertainty.

With such a massive loss of revenue, U.S. airlines began hemorrhaging cash. Airlines are notorious for having high fixed costs and relatively low variable costs. This means that most costs don’t go away even when then airline isn’t flying. With many flights not operating, the airlines certainly saved on fuel costs and airport landing fees. But most employee costs, airplane costs, debt service, and real estate costs continued even though there was little to no revenue to support it.

Given this position, U.S. airlines had to find ways to stem cash losses. This included negotiating with aircraft lessors about a deferment in payments, eliminating all discretionary cash expenses, and finding ways to generate cash. Airlines created cash by leasing-back owned aircraft, using their frequent flier programs for collateral against a loan, and more. Another way they saved cash was allowing early-outs for their most senior employees.

The CARES Act prohibited the airlines from furloughing people. But voluntary separations were allowed, and airlines used these to save short-term cash. At United Airlines, a first year pilot earns about $73,000 per year but a senior captain earns up to $284,000. That’s almost a four times higher rate for a more seasoned pilot, but not one that is four times more productive. So by offering early-outs to more senior team members, airlines saved cash and lowered their ongoing costs a bit too.

A Lot Happens In One Year

As 2020 continued in triage mode for U.S. airlines, two extensions to Payroll Support Programs (PSP) were made, the last of which came in July 2021. These were strongly supported by national airline labor leaders. This meant a total of three outright grants or loan opportunities from the government’s covid relief bills. Between 2020 and July 2021, airlines used these funds largely to support experienced workforces like pilots, mechanics, and flight attendants. Very little of this money made it to airport workers, ramp workers, or call centers.

Also during this time, airlines started to get some visibility on future revenues but the world had clearly changed. Revenue Management systems, tools used by airlines to optimize revenue, became liabilities in this period because most history was now useless for predicting the future. Business travel demand was uncertain then and a full return remains elusive today. As the industry moved into summer 2021, not every airline took the government-offered loans but of course every airline that could get a outright grant took it. Airlines continued to lose cash through this period and the first talks of becoming “cash neutral,” a far cry from real profitability, started being projected.

The more recent airline operational disruptions, which began in summer 2021, continued through November and December 2021, and have hit through major demand periods in 2022, are caused by issues that weren’t even contemplated by the CARES Act and subsequent PSP initiatives. The “Great Resignation,” a term used to describe a major shift in employment, began in 2021 and is related to a lot of things. People’s views of what is important in their life has changed since the pandemic, efforts to raise the minimum wage in many states have been popular, and a change in expectations are all part off this but there is even more.

One airline leader said in frustration “I never knew that we hired so many people who just didn’t want to come to work.” This isn’t unique to that airline, as I’m sure sure that many businesses feel the same way. In 2019, the year often used as a comparison for getting back to normal, businesses traveled regularly and paid high prices. Also, while “flight shaming” was becoming a thing in Europe, U.S. investors weren’t as strong at pushing companies to report on ESG targets. The point is that the world in summer 2022 is different in many ways, and is quite different from July 2021 when the last PSP happened.

Early in my career, one leader said to me that the airline industry was the only industry where “a once in every 10-year event happened every quarter.” This statement, made back in the 1990s, couldn’t have foreseen this pandemic but the question now is how often a once every 100-year event will happen in this industry.

It’s popular politically to say that money given as part of the CARES Act should solve all the ills of the airlines. But it’s not accurate, and one year after the last PSP it is time to complain about what is, not what was. Airlines should held accountable for delayed and canceled flights, and customers should recognize that reduced schedules will mean higher fares for everyone.

The current U.S. airline landscape is complicated and fragile. As fall approaches, it is likely that the high fares of summer won’t be supported by a smaller traffic base. It will take years for ab initio training programs to produce enough pilots to fly the planes that will meet the commercial demand. Employee shortages are happening not only directly at airlines, but in areas that effect them like airports and air traffic control. Business traffic at 75% versus 2019 in volume, even if they are making up the difference on rate, creates a risk for the biggest airlines and may ultimately require fleet and configuration changes.

Government policy, especially during a crisis, will always be second-guessed. Extending subsidies to the U.S. airlines as part of a massive government aid package due to the Covid outbreak made sense at the time and still today looks prudent. The economy needs people and goods to move, so supporting airlines, and other industries that are foundational to economic growth, makes sense. When you look at what the airlines received in comparison to what was spent, it is even easier to swallow. But payments for this crisis shouldn’t be expected to fix things forever.