The Perfect Enemy | A puzzling phenomenon: Patients report a rebound of COVID-19 symptoms after taking the antiviral Paxlovid - The Boston Globe
Skip to content
May 27, 2022
Read Time:5 Minute 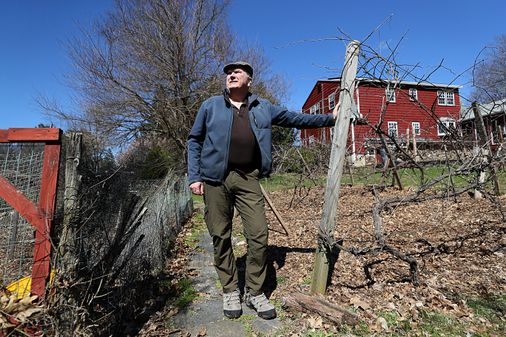 When it first hit the market in December, the COVID-19 antiviral treatment, Paxlovid, was hailed as a game-changer, an effective medicine that kept at-risk people out of the hospital. But now some patients are reporting on social media an unusual and unnerving phenomenon: their COVID symptoms appear to rebound after taking the medication.

And it’s not just their symptoms that reappear. Many report that after finishing their five-day course of treatment, feeling better, and testing negative on an at-home rapid test, they then test positive again a few days later.

The issue has captured the attention of at least two teams of Boston-area scientists, who are trying to understand what might be fueling the problem. Resistance to the drug? Patients being quickly reinfected? Or maybe some people just need to take the medicine longer to mount a more effective immune response.

Twitter and Reddit have been filled with patients and doctors sharing their experiences and hypotheses over the past few days, including John Donoghue, a 71-year-old emeritus physics professor in Amherst.

“We had three cases in the house with the same pattern,” Donoghue said, in an interview.

He, his wife, and her 95-year-old mother all were infected with COVID in the last month. All three received Paxlovid, felt better, and tested negative on rapid tests for four or five days. Then their symptoms returned and each one tested positive again.

“The symptoms the second time were milder,” Donoghue said. “In some ways, we feel that Paxlovid did its job. It took away the extreme symptoms of the first round and reduced them very quickly in all three cases.”

Paxlovid, granted an emergency use authorization by federal regulators in late December, is an at-home treatment prescribed at the first sign of infection to patients at high risk of serious COVID complications. The treatment consists of a series of three pills taken twice a day for five days.

The pills had initially been in short supply and hard to find for some but are more widely available now. Doctors have hailed the antiviral as an invaluable treatment, helping to keep vulnerable people from developing life-threatening complications.

But some infectious disease specialists, while still extolling Paxlovid’s benefits, have expressed concern that the rebounds they are seeing and hearing about may indicate patients, after completing treatment — and testing negative and then positive, again — may still be infectious and transmitting the virus to others.

“If you have a rebound after 12 days and are back at work and not wearing a mask, are you still contagious?” said Dr. Kathryn Stephenson, an assistant professor at Harvard Medical School and an infectious disease physician at Beth Israel Deaconess Medical Center. “If you are testing positive on a rapid antigen test, then you have a decent amount of virus and likely an infectious amount of virus,” she said.

Stephenson is researching why some people in a household get infected with COVID while others do not. She is enrolling volunteers in the study and said she expects to also examine why some patients who’ve taken Paxlovid get sick again.

Stephenson said the project will frequently test volunteers using PCR nasal tests, and scientists can scrutinize those specimens for genomic information to determine whether the virus developed a resistance to Paxlovid, or perhaps patients were quickly infected with a different variant of COVID.

Pfizer noted in the documents submitted last fall to federal regulators for its emergency use authorization that “several subjects appeared to have a rebound in SARS-CoV-2 RNA levels around Day 10 or Day 14” but said that “currently there are no clear signals” the virus had developed a resistance to one of Paxlovid’s primary components. The documents said Pfizer would continue analyzing the data.

In a statement to the Globe, the company said, “We continue to monitor data from our ongoing clinical studies and real-world evidence. We have not seen any resistance to Paxlovid, and remain very confident in its clinical effectiveness.”

Dr. Michael Charness, chief of staff at the VA Boston Healthcare System, recently completed an in-depth study of one patient who experienced a rebound after taking Paxlovid.

“It’s literally that the Paxlovid is the cat, it suppresses the virus, and then when the cat’s gone, the mice come out to play,” Charness said.

“Paxlovid works really well while it’s there, and for many people, they can eliminate the virus in a single phase of infection,” he said. “But for some people, maybe because it takes a little longer to ramp up immunity, they can’t get rid of [all the virus] and the Paxlovid is no longer there to help.”

Charness said his study is being reviewed by a medical journal and has not yet been published.

Dr. Paul Sax, clinical director of the division of infectious disease at Brigham and Women’s Hospital, said he is hearing about the issue from patients.

“At the very least, people who take Paxlovid and clinically recover should not ignore their symptoms if they come back,” Sax said. “They should think this is a recurrence of COVID, and then [test] themselves again.”

There is little scientific data at this point about the Paxlovid rebound phenomenon, prompting Sax and other infectious disease specialists to say they aren’t sure of the best approach.

He noted that the problem is not addressed in any of Paxlovid’s clinical trials or its treatment guidelines.

But Sax said it makes “intuitive sense” to re-treat patients with a second course of Paxlovid if they rebound after the first course.

“That’s what I would recommend to someone who had it,” he said.

Meanwhile, Donoghue, the Amherst professor who suffered a COVID rebound along with his wife and mother-in-law, was so concerned about their experiences — and worried for others — that he contacted Pfizer via its online site to report their cases.

“They mailed me a questionnaire asking for more information,” he said.

Donoghue said the family’s doctors did not recommend a second round of Paxlovid. But he believes he and his family have finally beaten the virus.

His mother-in-law is still very tired and his wife continues to suffer cold-like symptoms, though all three have recently tested negative.

“The second round was mild,” he said. “We are feeling mostly OK.”