The Perfect Enemy | A new coronavirus variant has taken over, sparking concerns of a winter surge
Skip to content
December 6, 2022
Read Time:7 Minute 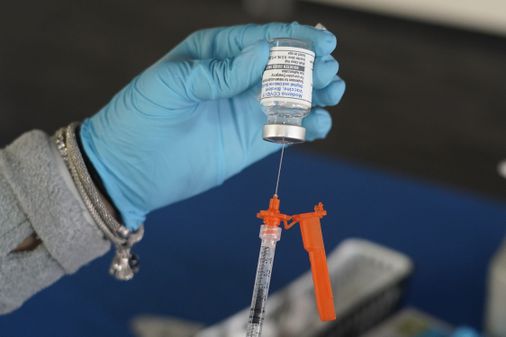 A new subvariant has taken over as the predominant version of coronavirus circulating in Massachusetts, causing experts to worry about a potential rise of infections this winter, especially as people gather indoors for the holidays. But for most people who have been fully vaccinated, they say, it will likely pose more of a nuisance than serious health threat.

The Broad Institute of MIT and Harvard projected last Thursday that the virus, an offshoot of the Omicron family dubbed BQ.1.1, accounted for 39 percent of COVID-19 cases in the state. And the Centers for Disease Control and Prevention reported on Friday that the variant and its predecessor, BQ.1, constituted nearly half of cases nationwide.

The spread of BQ.1.1 is of concern because multiple small studies published earlier this month suggest the variant is among the best yet at evading antibody immunity, the body’s first line of defense against infections. Even people who recently received new bivalent booster shots from Pfizer or Moderna — which were updated to match the formerly dominant BA.5 variant — have alarmingly low antibodies to protect against the new virus.

“We could see a lot of COVID in the winter,” said Dr. Daniel Kuritzkes, chief of the Division of Infectious Diseases at Brigham and Women’s Hospital. But he notes that people who got the new boosters had more antibodies to BQ.1.1 than those who only received the original boosters. “So it’s better than nothing.”

Researchers also caution that BQ.1.1 could pose a greater threat to immunocompromised people and those who develop severe infections. Throughout the pandemic, medicines made from synthetic antibodies helped prevent or treat infections in those with a high risk of developing severe disease. But as the virus evolved, fewer of these medicines remained effective.

As a result, the two remaining antibody medicines — bebtelovimab to treat COVID-19 and Evusheld to prevent it — aren’t expected to work against the new variant.

“If you are unfortunate enough to wind up in the hospital severely ill, the arsenal that doctors will have to treat you will be more limited,” said Dr. William Hanage, an associate professor of epidemiology at the Harvard T.H. Chan School of Public Health.

Recently released data from the Massachusetts Department of Public Health show that COVID-19 cases, hospitalizations, and deaths have remained relatively unchanged this fall, and in some cases might be slowing down. Waste water data across the state also indicates the spread of the virus has plateaued, at least for now.

“There’s no sign of a wave or a surge of any kind,” said Bronwyn MacInnis, the director of Pathogen Genomic Surveillance at the Broad Institute of MIT and Harvard.

National data from the CDC also reflect that finding, suggesting that newer variants, including BQ.1.1, are displacing BA.5 without a corresponding increase in infections, Kuritzkes said. “There’s been more of a churn than a real upswing.” But he and others expect that will change as cold weather and the holidays lead to more people congregating indoors.

Dr. Jeremy Luban, a professor and virus researcher at UMass Chan Medical School, sees indications that BQ.1.1 will be more transmissible. “That means if you go into a crowded bar, you’re more likely to come out with the virus than if it were a previous variant, and infect more people yourself,” he said.

“It could cause another wave,” Luban added, but he softened that unwanted forecast with the prediction that things might not be as bad this time around. “It’s unlikely that it will cause our hospitals to fill up the way it did before,” he said.

Indeed, as we near the close of the third year of the pandemic, many scientists say that immunity to the virus is greater than ever before and doubt that new offshoots of Omicron will cause as many hospitalizations and deaths as prior ones. Even though antibodies against BQ.1.1 may be low, another arm of the immune system composed of T cells can still help prevent many mild infections from becoming severe ones.

“The huge majority of vaccinated people have no particular reason to be anxious about BQ.1.1,” Hanage said.

Pills such as Paxlovid, which hinder viral replication, are still expected to work against the new variants, whose most worrying mutations lie in the spike protein the virus uses to cause infection. COVID vaccines trigger the immune system to make antibodies that block the spike, but the more the virus evolves, there are fewer antibodies that still recognize the spike and prevent infection.

Throughout the pandemic, several labs have worked to figure how well our antibodies hold up against emerging variants. The preliminary findings for BQ.1.1, published by several groups this month, are not encouraging.

One study led by Dr. Dan Barouch, director of the Center for Virology and Vaccine Research at Beth Israel Deaconess Medical Center, found that people who recently received the updated booster shot had about sevenfold lower antibody levels to BQ.1.1 compared with BA.5. “That suggests BQ.1.1 will be a challenge for vaccines as well as for natural immunity,” Barouch said.

“That is concerning,” said Pei-Yong Shi, director of the Sealy Institute for Drug Discovery at the University of Texas Medical Branch. He believes his study suggests the new boosters are better, even though he says the BQ.1.1 antibody levels are “not very robust.”

Luban said that although these antibody studies report similar data, the conclusions that scientists are drawing from them lean toward a glass half-full or half-empty scenario. While some emphasize the new boosters raise antibodies to BQ.1.1, others highlight those antibodies are still lower than scientists prefer, he said.

“It’s a good thing that we’re starting to see broadening of the immune response. But we’re nowhere near where we should be,” said Mehul Suthar, an associate professor who led one of the studies at Emory Vaccine Center.

Vaccine makers are reporting results from their own studies on BQ.1.1 through an optimistic lens. A preprint published last week from scientists at Pfizer, BioNTech, and Shi’s lab showed that the new booster raised BQ.1.1 antibodies 4.8-fold, a fact touted in the firms’ statement. The statement didn’t note that the antibodies were still lower to that variant than BA.5 or to the original virus.

Cambridge-based Moderna said in a statement its new booster spurred a “robust” antibody response against BQ.1.1 without providing data.

Antibody immunity from the mRNA vaccines made by Pfizer and Moderna wanes quickly, and with BQ.1.1 antibodies low to begin with, scientists anticipate that breakthrough infections may be common.

As more viruses slip past our waning antibodies, we get sick. Frustratingly, scientists haven’t pinpointed the exact level of antibodies needed to stay healthy. Without that figure, called a correlate of protection, it’s hard predict how troublesome a new variant will be.

Although Massachusetts is tied for one of the highest vaccination rates per capita in the country, experts warn the relatively slow uptake of the new booster shots could make the winter rougher than it needs to be. Only 11.3 percent of people 5 and older have received the new booster in the United States, according to the CDC.

“Your level of immunity to these new variants is primarily going to be determined by the timing since your last booster or natural infection,” said Dr. Kalpana Gupta, chief of staff and chief of infectious disease at VA Boston Healthcare System. “And with these newer variants coming along, it really behooves us to get that bivalent booster.”