The Perfect Enemy | A closely divided N.H. House will kick off with votes on Speaker, Secretary of State
Skip to content
February 8, 2023
Read Time:5 Minute 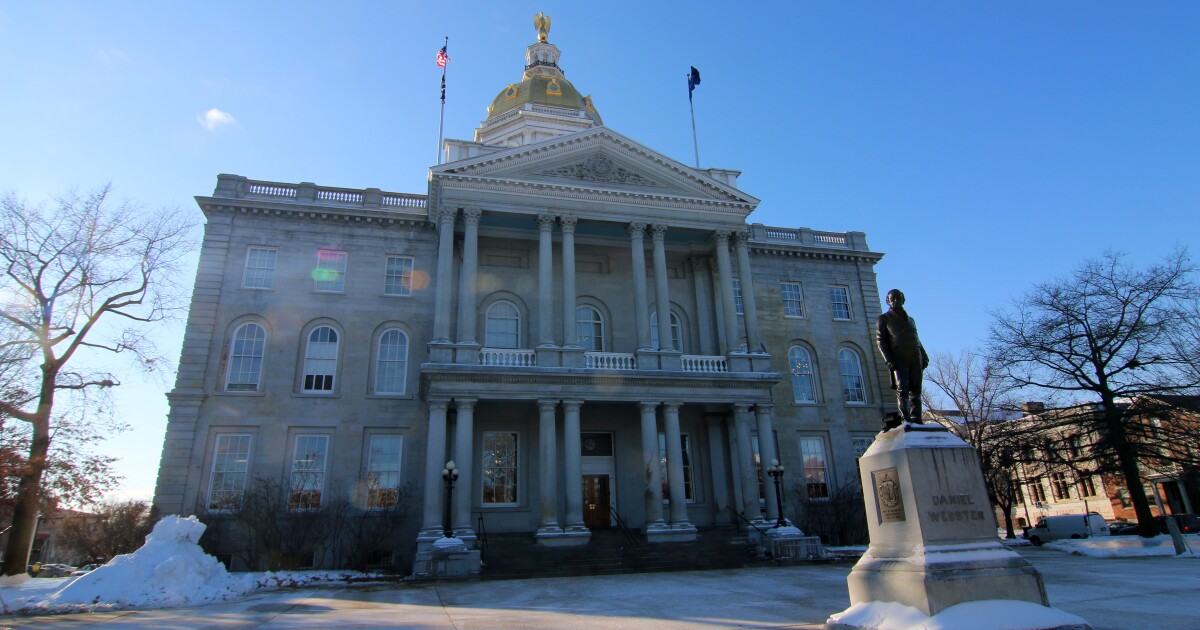 Lawmakers in the tightly-divided New Hampshire House will have their first full meeting this week, offering an early chance to see whether those narrow political margins mean more compromise or more partisan gridlock.

Republicans currently hold 201 seats in the 400-member House. Democrats control 198 seats, and one race remains undecided. Those numbers leave the House as tightly balanced as it has been in generations

When they gather this week, House members have a list of important choices to make: They’ll elect a House Speaker, vote for a Secretary of State and decide how to resolve the one House race that remains tied, for a seat out of Rochester.

Given partisan parity, the outcome of those choices could be determined by simple attendance — or which party does a better job of getting members to show up to vote.

Here’s a closer look at what’s a stake.

If House Republicans muster near full attendance Wednesday, incumbent House Speaker Sherman Packard is almost certain to win election to a second term as speaker. He won the unanimous backing of the Republican caucus last month.

Packard has represented Londonderry in Concord since 1990, and he’s held leadership roles both when his party controlled the House and when it’s been in the minority. But Packard’s tenure as speaker has been an interesting one.

He first became speaker two years ago, after Merrimack Rep. Dick Hinch died from COVID-19 within days of winning the speaker’s gavel. The pandemic forced Packard to preside over socially distanced sessions for much of his time running the House, but on his watch, Republicans passed a slew of conservative polices with a relatively slim majority: multiple tax cuts, a 24-week limit on abortion, a voucher-like school choice bill and new limits on certain teachings about race and sex. All were enacted along near party lines.

Both parties have different expectations this year. Deputy House Speaker Steven Smith, for instance, said he’s telling members of the Republican caucus not to expect much movement on “partisan” bills.

“The garbage we fight about, none of that is going to happen,” Smith said. “You know, super-controversial things, both parties lose a small percentage. But if you lose any percentage you are all done.”

The same could be said of the speaker’s race itself.

If Republicans fail to muster a healthy turnout, the House could vote in Manchester Rep Matt Wilhelm, the Democrats’ new caucus leader. That’s not expected, but it’s possible.

Wilhelm, who led House Democrats’ campaign arm this year, said his caucus will focus on “kitchen table” issues and on blocking “extreme Republican legislation.” But Wilhelm also said keeping up Democratic attendance on voting days will be a priority all session long.

“That’s going to be a big part of our operation,” Wilhelm told reporters last month. “That’s what this moment is requiring of us.”

Secretary of State David Scanlan, who took on that role last year with the retirement of his longtime predecessor, Bill Gardner, is facing his first election. The outcome will be decided by a vote of the full Legislature, both House and Senate.

Scanlan was Gardner’s deputy for 20 years. Before that, he served in the House as a Republican. In his bid for his first full term, Scanlan is stressing experience and a willingness to modernize some practices of his office, while maintaining what he describes as the office’s “non-partisan reputation.”

“My goal is to make sure we can run the best elections that we can for the people of the state of New Hampshire, balancing ease of voting while making sure the people who are voting are qualified to vote,” Scanlan said last week.

Scanlan faces former Democratic state Sen. Melanie Levesque, who once led the Senate’s Election Law Committee. She was the first Black lawmaker to serve in that chamber.

Levesque’s platform focuses on modernizing the operations of the Secretary of State’s office across the board.

“I want to be the Secretary of State because I believe I can bring the office into the 21st century, making it more secure, modern, accurate, and saving our taxpayers money,” Levesque recently told WMUR.

As a lawmaker, Levesque supported efforts to make it easier for people to vote, through online registration and no-excuse absentee voting. Scanlan opposes both policies.

Such differences — and Levesque and Scanlan’s respective political backgrounds — give this race a partisan dynamic.

Levesque initially ran for state Senate this year. When she lost, she shifted her focus to becoming Secretary of State. In her campaign for that role, she has worked to leverage Scanlan’s support for Republican-backed election laws, including a law creating an affidavit-ballot system for people who register at the polls without documents verifying their identity.

Levesque has also criticized Scanlan’s handling of a closely watched House recount for a seat representing Manchester. An initial recount flipped the race from the Republican to the Democratic candidate. But after questions were raised about whether all ballots were included in that recount, Scanlan proposed a partial second recount. Democrats sued, arguing Scanlan was overstepping his legal authority. A judge ruled the Democrats were correct, as far as state law was concerned, but ordered a full recount to ensure the will of voters was honored. After that second recount, the seat returned to Republican control; the outcome also affirmed Scanlan’s view that 25 ballots weren’t tallied during the initial recount.

Another political factor in this year’s Secretary of State race is the recent move by national Democrats to give South Carolina the first slot on the presidential nominating calendar. New Hampshire would vote second under that plan, on the same day as Nevada, and counter to state law.

During previous fights over New Hampshire’s presidential primary spot, politicians of all stripes here have tended to rally around the Secretary of State, who by state law has the authority to set the date of New Hampshire’s primary.

It’s hard to see that dynamic not helping Scanlan, especially given his close association with Gardner, the former secretary who built his 40-year career as the state’s top election official around defending New Hampshire’s presidential primary at all costs.