The Perfect Enemy | A Chinese City May Have Used a Covid App to Block Protesters
Skip to content
July 1, 2022
Read Time:4 Minute 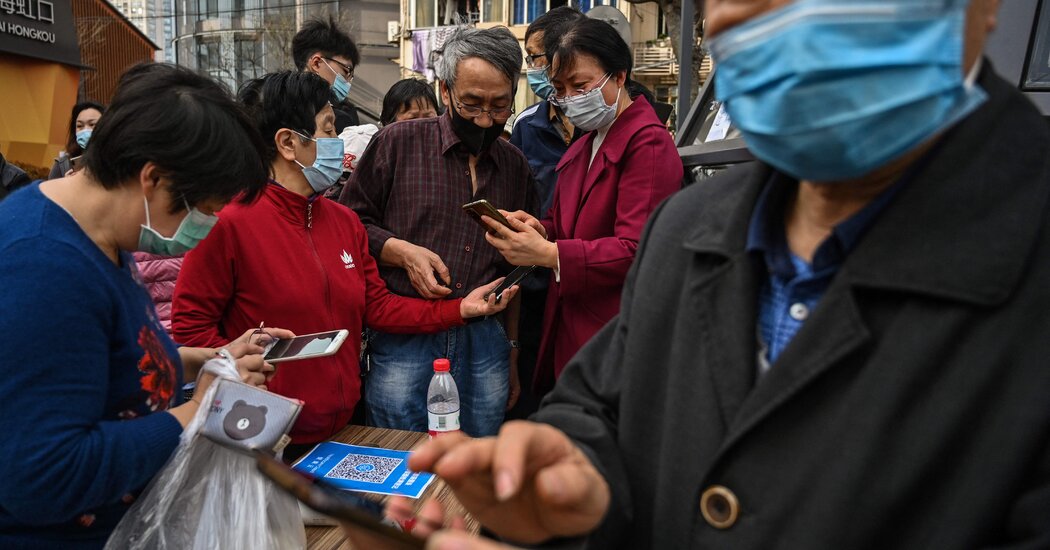 People from across China had set off for the city of Zhengzhou to protest the freezing of their savings. Then they were prevented from moving freely.

Since the pandemic’s early days, China has used mobile apps to identify and isolate people who might be spreading Covid. Now, a central Chinese city may have shown a far more troubling use of that data: stopping would-be protesters.

Dozens of people from across China had set off for the city of Zhengzhou days ago to protest the freezing of their savings amid an investigation into several regional banks. But when they arrived in the city, many found that the so-called health codes on their phones had turned from green — meaning good — to red, a designation that would prevent them from moving freely.

Tom Zhang, the owner of a textile business in the eastern province of Zhejiang, said that this happened to him when he was on a train headed to Zhengzhou on Sunday, despite coming from a town where there had been no Covid cases. Upon arriving in the city, Mr. Zhang said, he was stopped by the police and told his red code — usually suggesting an infection or close contact — indicated he posed public health risk. He said the Zhengzhou police held him in a local library for around 12 hours.

“The red code was definitely used to limit us depositors,” Mr. Zhang said in a phone interview. “It was a complete absurdity.”

Mr. Zhang was part of a group of hundreds of depositors in several rural banks who had planned to lodge a complaint with the Henan Province bank regulator on Monday after having been unable to withdraw their money for months. (Mr. Zhang said his account held about $440,000 in savings.) Several other people from this group also told The New York Times that their health codes had changed en route to Zhengzhou.

Many of the petitioners posted their red health codes on Chinese social media sites, suggesting that the inexplicable change was no coincidence. Their complaints quickly fueled widespread outrage and prompted a slew of questions, even drawing an unusual rebuke from establishment commentators, who asked if the local authorities had abused their power.

Hu Xijin, a former editor of the ruling Communist Party’s Global Times newspaper, warned that the use of the health code for purposes other than epidemic control “damages the authority” of the monitoring system and would chip away at the public’s support for it. His post on Weibo, a Twitter-like social media platform, on Monday became a hashtag that was among the most-searched earlier this week, drawing 280 million views.

The Latest on China: Key Things to Know

A regional strategy. Documents obtained by The Times show that China is pursuing a regional agreement with Pacific island nations that would expand Beijing’s role in policing, maritime cooperation and cybersecurity, in an apparent attempt to win friends and gain greater access to the strategically important island chains.

Discontent among the population. The Chinese government’s censorship and surveillance, which the pandemic has aggravated, are pushing a small but growing group of Chinese to look for an exit. Younger Chinese in particular are embracing the view that they might need to flee the country in the pursuit of a safer and brighter future abroad.

A new trick for internet censors. To control the country’s internet, China’s censors have relied for years on practices like on deleting posts, suspending accounts and blocking keywords. Now they have turned to displaying users’ locations on social media, fueling pitched online battles that link Chinese citizens’ locations with their national loyalty.

An uncertain harvest. Chinese officials are issuing warnings that, after heavy rainfalls last autumn, a disappointing winter wheat harvest in June could drive food prices — already high because of the war in Ukraine and bad weather in Asia and the United States — further up, compounding hunger in the world’s poorest countries.

“Health code can’t be abused,” China Comment, a monthly magazine managed by the official Xinhua News Agency, wrote in a commentary. The magazine said the Henan authorities had to explain how the codes changed, whose decision it was to use the codes this way, and what procedures were followed. It also said standards should be strengthened for the use of health codes to guard against their abuse by “willful power.”

A worker with the Zhengzhou government hotline for collecting residents’ complaints told The Times that the hotline had received many complaints about the abnormal red code and that authorities were looking into the claims. The Henan Provincial Health Commission told Chinese media that it is investigating the complaints from the depositors about their red codes.

While he was being held by the police, Mr. Zhang said, employees from the bank regulator told him the investigation into the banks could take two years. With little option for recourse, Mr. Zhang said he agreed when police officers from his hometown arrived and offered to escort him out of Henan.

As he was making his way to the airport, his health code suddenly turned green.