The Perfect Enemy | 1 in 3 People Get COVID-19 Rebound Symptoms, Even Without Paxlovid
Skip to content
December 1, 2022
Read Time:4 Minute 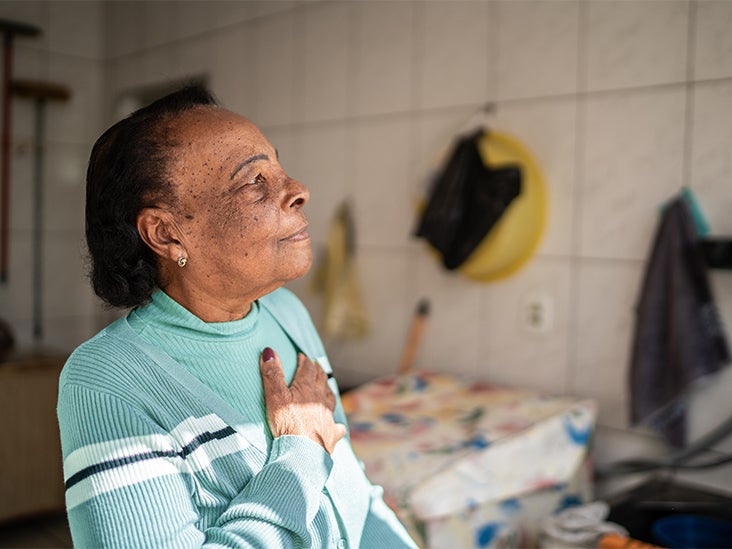 In May, the Centers for Disease Control and Prevention (CDC) issued a Health Alert Network (HAN) advisory to update healthcare providers, public health departments, and the public about potential recurrence of COVID-19 or “COVID-19 rebound.”

Case reports have previously associated the recurrence of symptoms with use of the antiviral drug Paxlovid.

However, new research published in the JAMA Network Open finds that COVID-19 has “waxing and waning of symptoms,” whether people are treated with Paxlovid, or not.

“Paxlovid, an investigational drug being studied for safety and effectiveness, [is] used to treat mild to severe cases of COVID-19,” Christopher Calandrella, DO, chair of emergency medicine, Long Island Jewish Forest Hills in Queens, told Healthline.

“[It] works by targeting specific parts of the virus to stop its multiplication in the body preventing severe illness and death,” he explained.

“Paxlovid rebound is a phenomenon where someone takes Paxlovid, their symptoms improve, and their test on antigen testing at home might even turn negative and then a period of time goes by when they’re asymptomatic,” said Dr. Eric Cioe-Pena, director of Global Health for Northwell Health in New York.

“Then a few days to a few weeks later they develop a symptomatic COVID infection again,” he continued.

Asked if we know why this happens, Cioe-Pena said it was previously believed to have something to do with the medication.

“The previously established theory was that the medication causes a temporary reduction in viral replication,” he explained. “But does not help your immune system clear the virus completely, and then the symptoms rebound, because viral replication increases again in your body.”

For this study, researchers from the University of California San Diego (UCSD) School of Medicine and colleagues from the ACTIV-2 trial, examined if COVID-19 symptoms recurred following two days of being symptom-free in patients who received no treatment.

They wanted to determine if symptom recurrence in the untreated might be different from those already documented in people treated with Paxlovid, known as ‘Paxlovid rebound.’

Researchers looked at 13 COVID-19 symptoms in 158 participants for 29 days and found that over 33% of those reporting a complete absence of symptoms, for at least two consecutive days, reported that symptoms had returned.

”It is clear that COVID-19 has waxing and waning of symptoms, whether they are treated or not,” study lead author, Dr. Davey M. Smith, head of Infectious Diseases and Global Public Health at UC San Diego School of Medicine, said in a statement.

Findings showed that 85 percent of participants with recurring symptoms described them as mild, and the remaining people said symptoms were moderate. No one in the study described their recurrent symptoms as severe.

The most common recurrent symptoms were:

Only eight in the study group were hospitalized for their illness, and none of those were participants who experienced recurrent symptoms.

A significant limitation of the UCSD study is that researchers only analyzed older strains of COVID-19 from before life-saving vaccines were available.

This could make it difficult to understand how often rebound symptoms occur with current or future variants.

“Statistically the study was focused on a relatively small group of patients which did not include variants such as omicron,” said Calandrella, “And most importantly, vaccinated patients.”

Calandrella pointed out that vaccination is still key to stopping severe disease.

“While it is important to alleviate the concerns regarding the risks of taking medications such as Paxlovid,” he said. “We are fortunate to have vaccinations available, which are likely to be the greater contributing factor for seeing a reduction in the severe cases of COVID infections.”

“This research certainly presents an interesting perspective that is new and offers to discredit one of the major weaknesses of Paxlovid which is that you may just get sick later in the course of your COVID infection,” said Cioe-Pena.

Cioe-Pena, who concluded that there’s a need for more research into this.

“The other thing [is] that this may introduce is doubt over how long the course of medication should be in order to account for some of these resurgent infections,” he added.

Cioe-Pena noted that these findings “definitely call into question” the proposed mechanism of Paxlovid rebound.

He said that there might be something intrinsic to the virus, and its ability to dodge immunity, that causes this rebound as a natural part of the virus’ infectious cycle.

Researchers looked at a group of untreated COVID-19 patients to discover that, like patients who took Paxlovid, they also experienced recurrent symptoms after their illness appeared to resolve.

Experts conclude that COVID-19 symptoms ‘wax and wane’ regardless of treatment.

They also say that vaccination will likely play a greater role than antivirals for reduction in cases of severe COVID infection.