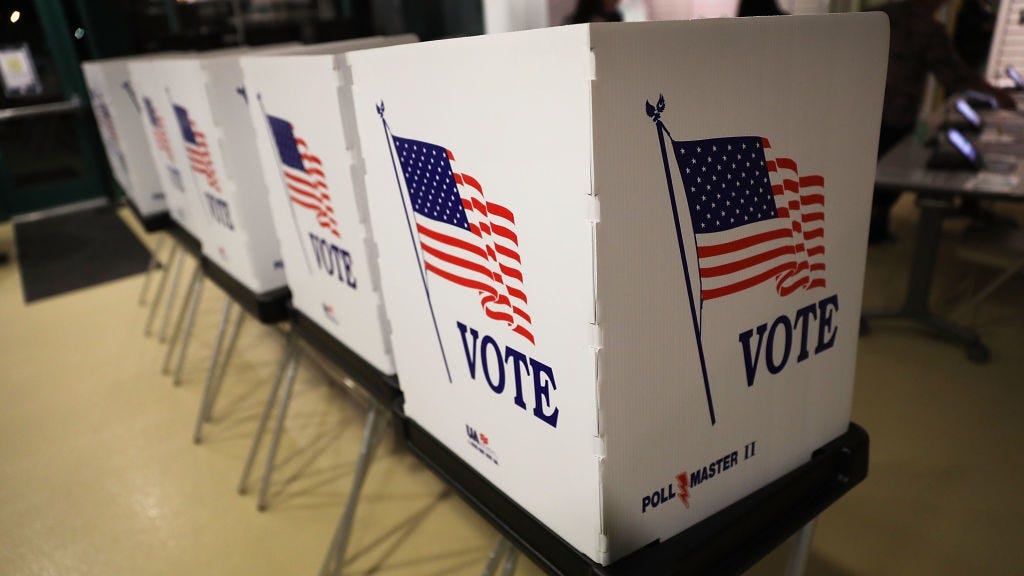 Despite showing that people ages 18-to-29-years old are on pace to match the 2018 record of younger voters for midterm elections, a recent poll from the Institute of Politics at Harvard University revealed that youth are losing faith in politics.

According to the poll results, 36% of young voters believe “political involvement rarely has tangible results” and another 42% think that their vote “doesn’t make a difference.”

Additionally, 56% of young voters think that “politics today are no longer able to meet the challenges our country is facing.”

In the Institute of Politics’ poll last fall, 46% of young voters approved of President Joe Biden, but now, only 41% of them approve the job Biden has done so far into his presidency.

The poll went on to show their top findings from the survey, including which political party young voters prefer in control of Congress, how they think Biden handled the COVID-19 pandemic, and their views on student loan debt.

40% of the younger voter would prefer that Democrats have control of Congress, while 32% prefer Republicans, and 32% don’t have a preference.

When asked why they disapprove of Biden’s tenure in office so far, the top response was his “ineffectiveness” at 36%. That outweighed other responses like “not following through on campaign promises” (14%) and “not sharing my values” (10%).

A large amount of young voters are not confident in the direction the country is heading, as that number has increased 14% since last spring.

“Nearly half (49%) of young Americans believe that things in the nation are off on the wrong track, with only 13% saying they are headed in the right direction,” the Institute of Politics said. “This stands in contrast to the Spring 2021 survey where about one-third (35%) believed things were headed off on the wrong track, and 26% said right direction.”

Another major topic that was addressed in the survey was mental health. A majority of the young voters, 52%, said that they have felt “‘down, depressed, or hopeless’ for several days or more in the past two weeks.”

“We did however find that young women (59%) were more likely than men (44%) to report these symptoms, as were Democrats (56%) over Republicans (41%),” the Institute of Politics said.

Looking more in depth at the high number of people dealing with mental health problems, it is more common among those in the LGBTQ community (39%), people in a bad financial situation (35%), those who are Black (35%) or AAPI (33%), and females (26%).

“Our generation faces a persisting mental health crisis fueled by the current state of American politics, yet despite it all, we remain a generation of empathy and compassion – driven to action by our desire for a better future for all,” Alan Zhang ‘24, Student Chair of the Harvard Public Opinion Project (HPOP), said. “To earn the trust of young people in this moment of crisis, those in power must understand that young Americans, especially our LGBTQ peers, live our lives feeling constantly under threat – and act accordingly.”