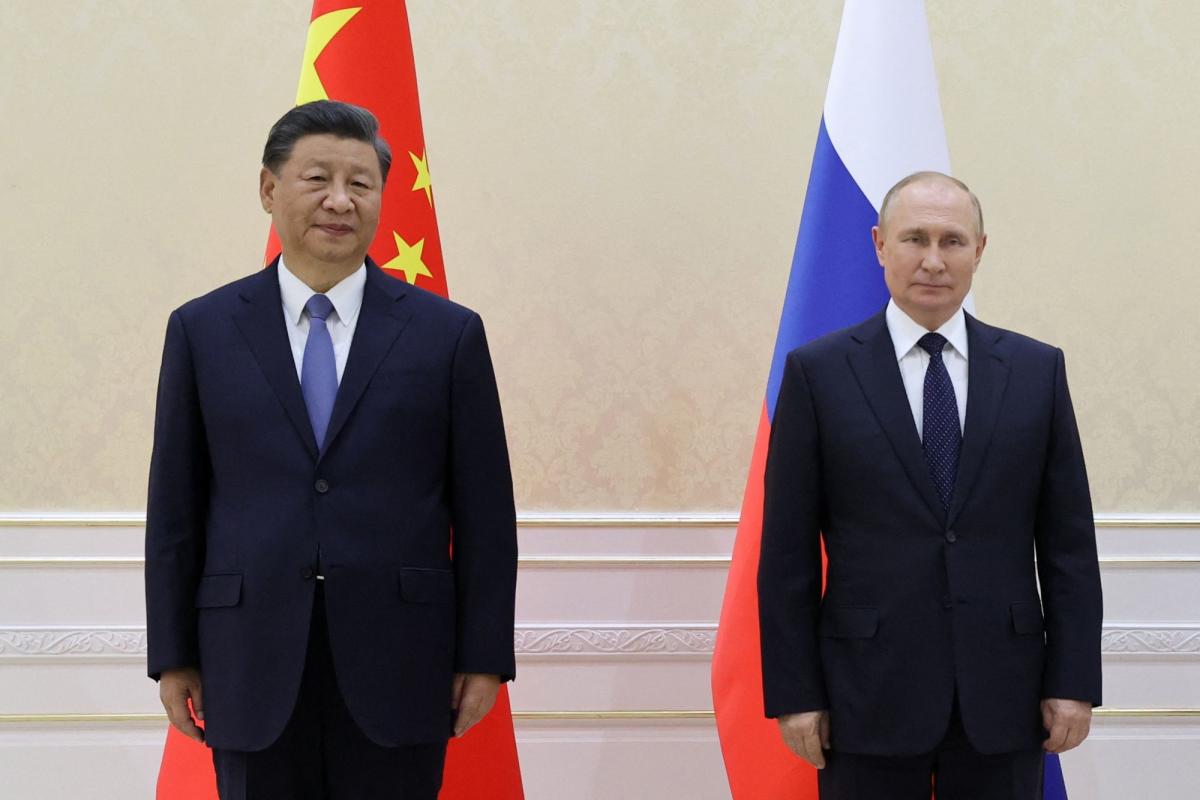 (Bloomberg) — President Xi Jinping has taken a cautious approach to relaxing his virus prevention measures in Central Asia this week, as the Chinese leader navigates returning to a world that’s living with the virus after spending nearly 1,000 days at home.

Xi dispensed with a mask when meeting Russian President Vladimir Putin and taking photos with leaders such as Mongolian President Khurelsukh Ukhnaa on Thursday.

Still, he skipped a dinner with mask-free leaders attending the Shanghai Cooperation Organization summit, wore his facial covering when meeting his counterparts from nations including Tajikistan, Kazakhstan and Kyrgyzstan, and missed a group outing to a tourist site in Samarkand, Uzbekistan.

It’s unclear what virus testing protocols — if any — the Chinese side stipulated for appearing mask-free alongside Xi. The leader of Belarus, who has visited infectious disease wards without a facial covering, was pictured wearing a mask with a Chinese flag, suggesting the Beijing delegation had provided it.

Xi’s trip to Central Asia trip this week marks his first time abroad since the start of the pandemic in January 2020, ending the longest stretch at home of a Group of 20 leader. His calibrated mode of operation offers a glimpse into how Xi could balance attending more international events while upholding his nation’s strict Covid Zero policy.

The Chinese leader is planning to travel to the G-20 summit in Bali in November, Indonesian President Joko Widodo told Bloomberg last month. That event is followed by the Asia-Pacific Economic Cooperation leaders summit in Bangkok. The Chinese government hasn’t confirmed Xi’s attendance at either, and is guarded about his travel plans.

While China is still locking down cities over a handful of Covid cases, and testing millions of people en masse, the rest of the world has decided to live with the virus, reopening borders and dropping mask mandates. World Health Organization chief Tedros Adhanom Ghebreyesus said Wednesday that the pandemic’s end was now “in sight.”

Still, Xi’s conduct in Uzbekistan contrasted with his appearance in Hong Kong earlier this year, where the Chinese leader was masked in pictures with city lawmakers. Hong Kong required some 1,000 people, including the city’s former leader, Carrie Lam, to isolate before attending a ceremony with Xi to mark 25 years of Chinese rule in the former British colony.

Xi didn’t stay overnight in Hong Kong, instead crossing the border into the southern Chinese tech hub of Shenzhen during his two-day visit.

The Chinese leader dropped out of the public eye for 10 days after that trip, the biggest gap in his schedule this year, according to a government database detailing his whereabouts — at least giving the impression Xi had followed his country’s travel rules.

Under China’s strict zero-tolerance approach to Covid-19, people entering the world’s No. 2 economy from abroad are required to spend seven days at a quarantine hotel plus another three isolated at home. The Foreign Ministry in Beijing avoided a question Tuesday on whether Xi would quarantine after his Central Asia swing, which also included a stop in Kazakhstan earlier this week.

Global investors have been closely watching for any signs of change to Beijing’s Covid Zero strategy, as its costs to the economy mount. Economists at Goldman Sachs Group Inc. said in a report Tuesday that they didn’t expect Beijing to change tack on virus policy until after the nation’s annual legislative meeting in March. Other experts have said Covid Zero could be kept in place for years.

Trey McArver, co-founder of research firm Trivium China, said Xi’s public activities after he returns to Beijing from Central Asia may offer some clues about the strategy.

“The question is, What will Xi do when he gets back?” said McArver. “Whatever he does is going to send a signal about how he’s approaching Covid and, by extension, how the thinking on Covid more broadly is evolving in Beijing.”