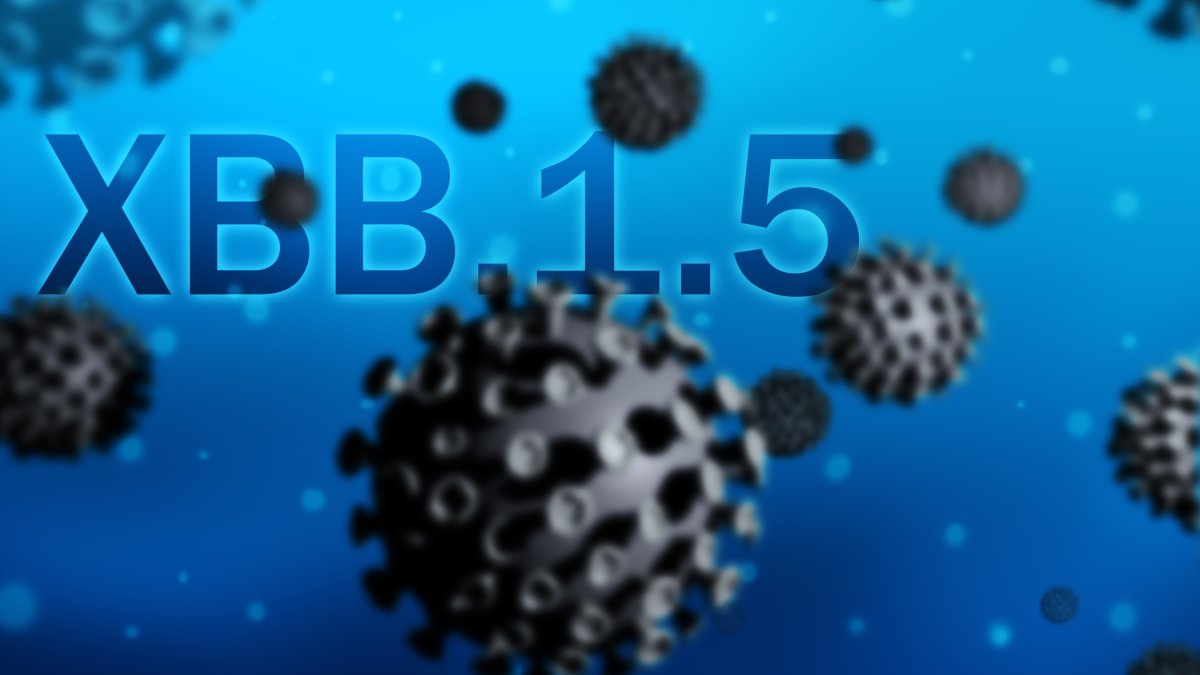 The XBB omicron subvariants are now causing over 80% of COVID-19 infections in New England, according to the latest data from the Centers for Disease Control and Prevention.

The XBB.1.5 variant, which accounted for only about 10% of COVID cases in the region as recently as last month, now makes up 81.7% of all cases, with another 1.3% attributed to XBB. That’s far higher than the 47% of cases XBB accounts for across the entire U.S.

“I think it has gradually continued to increase,” Dr. David Hamer of Boston Medical Center said of XBB. “I think what I don’t have a real good feel for is, you know, the volume of samples that are being sequenced. I think it’s less than it was in the past. How much less is the big question.”

But he said there are reasons why he’s not overly concerned.

“So you know, it’s worrisome, but it hasn’t accelerated its takeoff,” Hamer said. “If you go back and look at what delta came in, or omicron came in, they completely displaced all other sort of variants at that time. And this has not happened. There’s still a number, you know, sort of an alphabet soup of variants out there. This one seems to be a little more fit than the others. But, you know, it’s not winning the game like omicron did.”

“Yeah, I would agree with everything that was said,” added Dr. Daniel Kuritzkez of Brigham and Women’s Hospital. “It’s very difficult at this stage in the pandemic to really talk about how much more fit or transmissible a variant is because it’s compared to what? Compared to what was circulating last week? Yes. But, you know, can we really say that XBB is more transmissible than, you know, than alpha was in a naive population that had no immunity at all? It’s expected that every new variant is going to have some advantage over the previous variants, most likely with respect to its ability to evade existing immunity. Whether they are truly more able to transfer from one person to the next is hard to know without having a complete understanding of the immune background of the individuals being exposed.”

“The main thing is, again, we’re not seeing a huge surge in numbers of severe cases, and not a surge in mortality. And that’s what’s most important,” he continued. “And we’re going to continue to see whatever succeeds XBB is going to also look like it’s more transmissible because it will be able to evade the immune responses generated by the current variant.”

“Very few people are talking about this subject and even top health officials are saying things like, ‘the most innovative’ and ‘most transmissible variant to date,’ and I don’t think that’s right,” she said. “You know, when we think about influenza, every year essentially, we have a immune-evasive variant, and we have to adjust the vaccine. That doesn’t mean that every year’s variant is more contagious than the one before and more contagious than the one before that but it doesn’t mean influenza is becoming more and more and more contagious over the last several hundred years. So I just don’t think that’s right.”

“But anyway, I do think it is reassuring that we can have the emergence of a highly transmissible, highly immune evasive variant and still have the impact be relatively short lived and relatively blunted compared to what we’ve seen in the past,” she noted. “That really speaks so much — today more than ever — to where we are in the pandemic and the fact that things are gradually improving over time.

Despite the spread of the XBB.1.15 and XBB subvariants, COVID-19 cases in Massachusetts have actually been declining of late.

Massachusetts health officials reported just 9,360 new COVID-19 cases last week, down from over 10,000 the week before. The state’s seven-day average positivity also dropped to 12.25%, down from 13.39% the previous week.

COVID-19 levels in Greater Boston wastewater have also been trending downward of late.

And while much of eastern Massachusetts had risen into the CDC’s high-risk category two weeks ago, all but one county dropped back into the medium risk category last week.