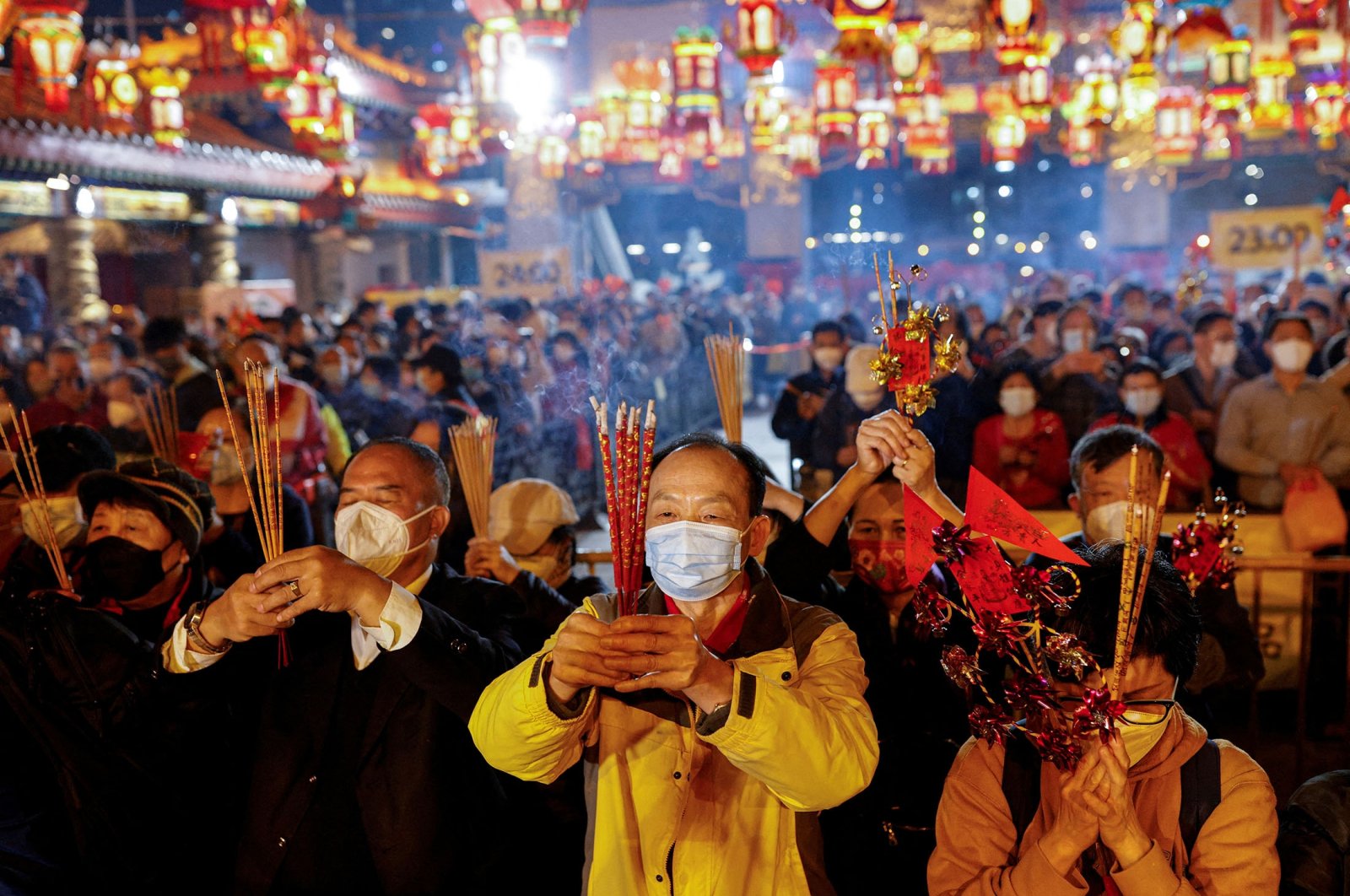 Three years after a once-mysterious virus plunged the Chinese city of Wuhan into a terrifying lockdown, the residents on Saturday evening ushered in the New Year according to the traditional lunar calendar, celebrating the arrival of the Year of the Rabbit with fireworks, flowers, and offerings to the loved ones they have lost to COVID-19.

However, while many stocked up Saturday on colorful blooms at the bustling flower market to welcome the Lunar New Year and enjoy the Spring Festival, others had a more somber reason: to mourn loved ones lost in the most recent wave of cases.

“I have friends and family who passed away during this time,” a 54-year-old who would only give his surname, Zhang, told Agence France-Presse (AFP) as he clutched a bunch of chrysanthemums, which symbolize grief in Chinese culture.

He explained that the New Year’s custom in Hubei province, of which Wuhan is the capital, is to visit the homes of people who recently died to give flowers and burn incense as an offering.

At the stroke of midnight, many residents did just that, as street vendors did a brisk business of selling chrysanthemums and other offerings into the early hours of Sunday.

At the same time, fireworks and sparklers popped and glittered in the darkness, despite a ban in place.

The Beijing government lifted its stringent zero-COVID policy in December, but a surge in infections has ripped through the country, killing thousands.

Wuhan, a metropolis on the banks of the Yangtze River now synonymous with COVID-19, reported the first cases in late 2019 of what was then an unidentified killer virus.

Authorities imposed a strict shutdown just two days before the Year of the Rat in late January 2020 to stop the spread of the virus.

Deprived of New Year’s Eve festivities, its 11 million inhabitants were cut off from the world for 76 days while Wuhan became the epicenter of an epidemic that inexorably became global.

On Saturday, a few hours before the arrival of the New Year, the city was seemingly back to normal and gearing up for the festival that is the essential family gathering of the year.

Colorful lanterns and pennants adorned the city’s Jianghan commercial district, and a banner with a heart read “I love Wuhan.”

An older man struggled to pedal his bicycle loaded with packages and food, while a couple with a toddler squeezed onto a scooter on their way back from the shops.

“Of course, it’s way better after opening up,” one woman, who gave her last name Zhu, told AFP as she bought decorative flowers. “Now, since everyone has had COVID-19 already, we can have a good Chinese New Year. So that makes us quite happy.”

After years of struggle, business is finally back on track for flower sellers.

“At the start of the year with COVID-19, we had no business,” said Ms. Liu, a tradeswoman in her 60s. “Now that we’ve reopened, we have more business.”

Another female vendor, whose last name was Tao, was putting the finishing touches on a floral arrangement.

“During COVID-19, there were very few people buying flowers, but these few years, many people have died from COVID-19, so our sales for chrysanthemums have been pretty high,” she said. “We didn’t sell any flowers we had during the lockdown that year of COVID-19. So we threw them all away.”