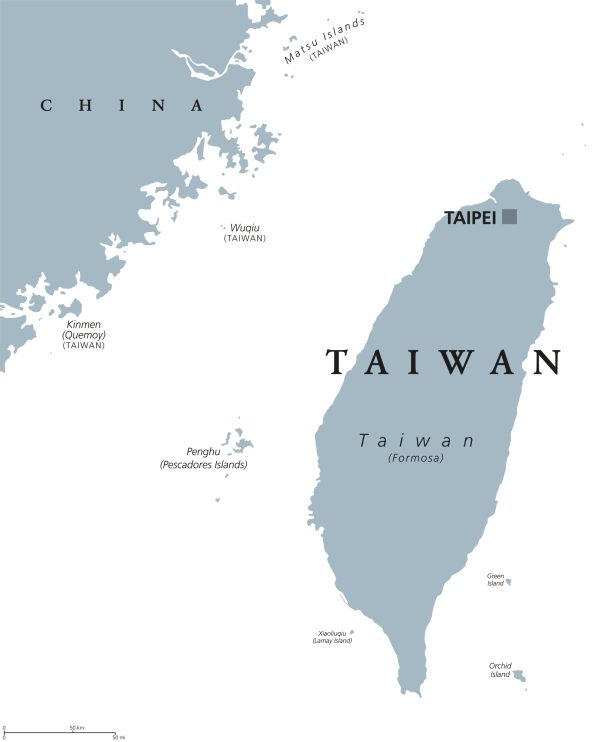 Taipei Mayor Ko Wen-je recently stoked controversy with comments proposing a bridge between Xiamen and Kinmen, which are the geographically closest parts of China and Taiwan, respectively. The remarks have led to a flurry of criticism from the pan-Green camp, with the view that Ko is attempting to cozy up to China.

Ko originally became Taipei mayor by running as an independent in 2014, with the endorsement of the Democratic Progressive Party (DPP) and pan-Green camp. At the time, Ko claimed to be beyond the pan-Green and pan-Blue political divisions that have long split Taiwanese politics.

However, in recent years, Ko has been seen as pivoting away from the pan-Green camp and toward the pan-Blue camp. In 2018, the DPP ran its own candidate against Ko rather than endorse him again.

A major reason why ties deteriorated between Ko and the pan-Green camp was because of city-based cross-strait exchanges between Shanghai and Taipei under his administration. As part of these exchanges, Taiwan was framed as part of China, and Ko often repeated the claim that the “two sides of the Taiwan Straits are one family,” which share a common destiny. Ko continued to defend the exchanges even after an incident in 2017 when pro-unification gangsters beat student demonstrators protesting the exchanges on the campus of National Taiwan University.

Ko’s recent remarks were made during the opening ceremony of a campaign office for his Taiwan People’s Party (TPP) in Kinmen, the 29th campaign office opened by the TPP in Taiwan. Ko formed the TPP in 2019, as a party that also branded itself as independent of the DPP and KMT, but its slate of candidates were politicians that more commonly had pan-Blue backgrounds. The TPP has come to be seen as a “light Blue” party that is less ideologically hardline than the KMT and more moderate.

During his visit for the TPP’s office opening, Ko also visited Kinmen county magistrate Yang Cheng-wu of the KMT. Ko had previously visited Kinmen in 2019 to give a speech at National Quemoy University.

Kinmen is one of Taiwan’s outlying islands and is located a mere 6 kilometers from Xiamen, China. Although shelled by the People’s Liberation Army for decades after the KMT withdrew to Taiwan, Kinmen has become increasingly reliant on China in more recent years, with its economy dependent on Chinese tourists before COVID-19 and some of its water supply also coming from China. Ironically, Kinmen’s past history of conflict with China is now what draws Chinese tourists.

Kinmen is culturally and historically distinct from the Taiwanese mainland, with local residents descended from prior waves of Han migration preceding the Chinese Civil War speaking Kinmenese instead of Taiwanese Hokkien. Local research into Kinmen sometimes emphasizes that Kinmen’s history of Han settlement predates that of the Taiwanese mainland.

The KMT has long been dominant in Kinmen, as a result of which it has been difficult for the DPP to make inroads on the island. In particular, Kinmen residents and residents of other outlying islands are wary of the DPP in part due to fear that they may not be included in the pan-Green camp’s vision of Taiwan.

During the COVID-19 pandemic, Kinmen residents were critical of what they saw as insufficient measures to prevent the coronavirus from spreading to Kinmen from the Taiwanese mainland, while locals also called for the suspension of the “Three Small Links” with China. The “Three Small Links” are shipping, mail, and transportation links between Kinmen and China that were established in the early 2000s under the Chen administration.

The DPP has renewed efforts to reach out to outlying islands in recent years. Due to grey-zone tactics by China targeting Taiwan’s outlying islands, the use of disinformation aimed at local residents, and the possibility of a limited invasion by China designed to take over outlying islands while stopping short of a full-scale invasion of Taiwan, it is feared that pro-China views among residents of outlying islands could endanger national security.

In his remarks, Ko claimed that many of Kinmen’s problems regarding water, power supply, and waste disposal would be solved through the construction of a bridge to China, suggesting that he believes Kinmen would benefit from renewing economic ties with China. Ko may have been hoping to appeal to Kinmen voters with this message, with the idea having been proposed by Kinmen residents in the past.

By contrast, pan-Green politicians such as Chang Po-yang, information director of the Taiwan Statebuilding Party, criticized the idea as a “Trojan horse.” Pan-Green critics have said such a bridge could potentially aid an invasion by the People’s Liberation Army.

Nevertheless, some analysts have taken the view that Ko’s target audience was not actually Kinmen residents themselves. Ko’s comments were made in a similar time frame as a visit to the United States by KMT chair Eric Chu, as well as the KMT’s re-opening of its Washington D.C. office. Chu attempting to rebuild relations between the KMT and the U.S. and turn around the party’s pro-China image. Consequently, Ko has been read as attempting to signal alignment with Chinese President Xi Jinping through his Kinmen comments.

In a 2019 speech to commemorate the 40th anniversary of the Message to Compatriots in Taiwan, Xi called for strengthening ties with Taiwan through the “New Four Links.” The “New Four Links,” riffing off of the “Small Three Links,” proposed using electricity, water, and gas links, as well as a physical bridge, to strengthen ties with Taiwan. Such measures were likely targeting Taiwan’s outlying islands, seeing as the Taiwanese mainland is not reliant on China for water or electricity. Xi was indicating that he sees Taiwan’s outlying islands as an important means of influencing Taiwan.

While it would be impossible for China to construct a bridge to Taiwan without approval from the Taiwanese government, in past years, there have been proposals from the Chinese government to construct an underwater tunnel or bridge between Taiwan and China, with the National People’s Congress announcing plans for a bridge and tunnel to Taiwan in March 2021, to be completed by 2035.

Ko may be hoping to occupy a political niche that Chu is seen as vacating through comments that take up a line of thinking previously proposed by Xi. It is not uncommon in Taiwan for pan-Blue politicians to be seen as appealing to Chinese leaders by taking up their phraseology.

For its part, the KMT has publicly taken an ambiguous stance on the notion of constructing a bridge between Xiamen and Kinmen. KMT secretary-general Tseng Ming-chung stated that the view of the people of Kinmen on constructing the bridge must be considered and that the government should evaluate the proposal with care.

Indeed, Ko’s comments perhaps further complicate the outlook for the KMT regarding how it intends to navigate its cross-strait stance. Apart from Chu’s U.S. visit, Ko’s comments also take place at a time of contested views within the party on how to respond to China’s claim that the Taiwan Straits are entirely under Beijing’s jurisdiction. Although the KMT officially criticized China’s claims and emphasized that the Taiwan Straits are open to international navigation, its top representative to the U.S., Alexander Huang, has publicly taken the view that China is within its rights in claiming the Taiwan Straits.