Her doubts about government priorities only deepened after infections spiked in Wuhan, the capital of central China’s Hubei province, when the country pivoted to living with the virus and her husband, a doctor, told her about the strains on the healthcare system. She said she had seen more deaths recently than three years ago, when the city was the first to witness the emergence of the disease.

“Why would we suffer for three years if we eventually come to live with the virus? I am all for opening, but I felt it could be achieved at a more suitable time or in a better way,” Ma said. “Wouldn’t it be better if we reopened last spring and lived through the wave in summer?”

Many Wuhan residents like Ma, who had taken pride in enduring a strict 76-day lockdown to contain the virus in the early days of China’s zero-Covid response, started to take a more critical view of how the epidemic was being handled.

They questioned the use of the same playbook to deal with a virus that had evolved to become more transmissible and almost impossible to contain, wasting time and resources chasing an impossible goal before a sudden U-turn, when more preparation, such as building up stocks of medical supplies and educating the public on the consequences of opening up, had been needed.

“It feels like China reopened in a fit of pique – people had been clamouring to reopen and the state just let go when people clamoured for it,” Ma said. “The reopening caught everyone by surprise.”

People protest against China’s harsh Covid-19 restrictions during a rally in Beijing on November 28 to remember the victims of the deadly fire in Urumqi. Photo: AFP

Beijing repeatedly insisted the change had been planned but the sudden pivot in winter, already a difficult season for elderly people with cardiovascular diseases, when only about 40 per cent of those aged 80 and above had received booster shots of Covid-19 vaccine, raised more questions about the rush to reopen.

Lizzie Zhang, a 22-year-old student at a top university in Beijing who was stuck at home in Wuhan last semester because of outbreaks in the city, was angry the public, and especially the elderly, were not educated properly about how to deal with Covid-19, which she said contributed to a delay in her grandfather receiving medical attention.

Zhang’s whole family, apart from her grandfather, developed fevers last month. They did not realise he was infected until he became delirious and had trouble swallowing. A CAT scan after six hours of waiting at a hospital revealed a serious lung infection.

“We learned only later that his immune system was too weak to mount a response,” Zhang said. “Many elderly people suddenly become seriously ill like that. But there was no official information about it before.

“I can’t believe that with so many experts, no one anticipated this danger. Why wasn’t the public told? Why was the infection just publicised as a simple cold?”

Wu Cai, a 23-year-old Shanghai university student back home in Wuhan for the winter holidays, said continuous lockdowns for the Omicron variant had been pointless when time and money were not spent preparing for reopening.

“I don’t think government funding has gone in the right direction since Omicron appeared,” she said.

“The increased transmissibility and reduced severity of the strain means the funding should have been invested in the expansion of resources for hospitals and more vigorous promotion of vaccination, rather than the constant building of makeshift hospitals.”

Wu began to question China’s zero-Covid strategy when she had to live through lockdowns at her university in Shanghai in spring last year.

“There were food shortages and inaccessible healthcare during lockdowns in Xian and Xinjiang in 2021 and I felt it was because of the incompetence of local governments, but then the Omicron outbreaks in 2022 changed my mind,” Wu said.

“I had felt that Shanghai had done a pretty good job of being more targeted in control until the lockdown, when I realised it wasn’t because of a problem with local governments but the policy itself.”

Zhang’s family had already experienced the strains Covid-19 could place on a healthcare system in the early days of the pandemic in January 2020, when her mother had to be hooked up to an IV drip in their car because so many people were lying on the floor of the hospital that they could hardly find a place to stand.

Her parents had serious symptoms such as breathing difficulties but had to use their connections and still wait days to get admitted to hospital.

“I felt so helpless at that time and I even thought of what would happen to me if they both died,” Zhang said. She spent over 40 days alone at home while trying to catch up with studies online.

A man gets his throat swabbed during a mass Covid-19 test at a residential compound in Wuhan in February last year. Photo: AP

Three years later, medical resources were still strained when they tried to find hospital beds for her sick grandfather.

“My grandmother almost knelt down and kowtowed to the doctor, but we couldn’t get in,” Zhang said. Eventually they found a bed but her grandfather died two days later.

Zhang said she felt the healthcare system was under less strain last month than three years ago, but that was mainly due to the fixing of bugs in the system rather than proper preparations by the government.

Her family’s hunt for a funeral service only added to the pain.

“My dad lined up for five hours to book the service for my grandpa,” she said. “We waited four or five days for my grandfather’s body to be cremated.”

Wuhan resident Wu Ruoshi, 26, said the lockdowns had caused people to hoard food and worry about where they went for fear of being put under lockdown as a close contact or even secondary contact of an infected person. The anxiety had gradually eased since the abandonment of the zero-Covid strategy, but the economic impact was obvious. 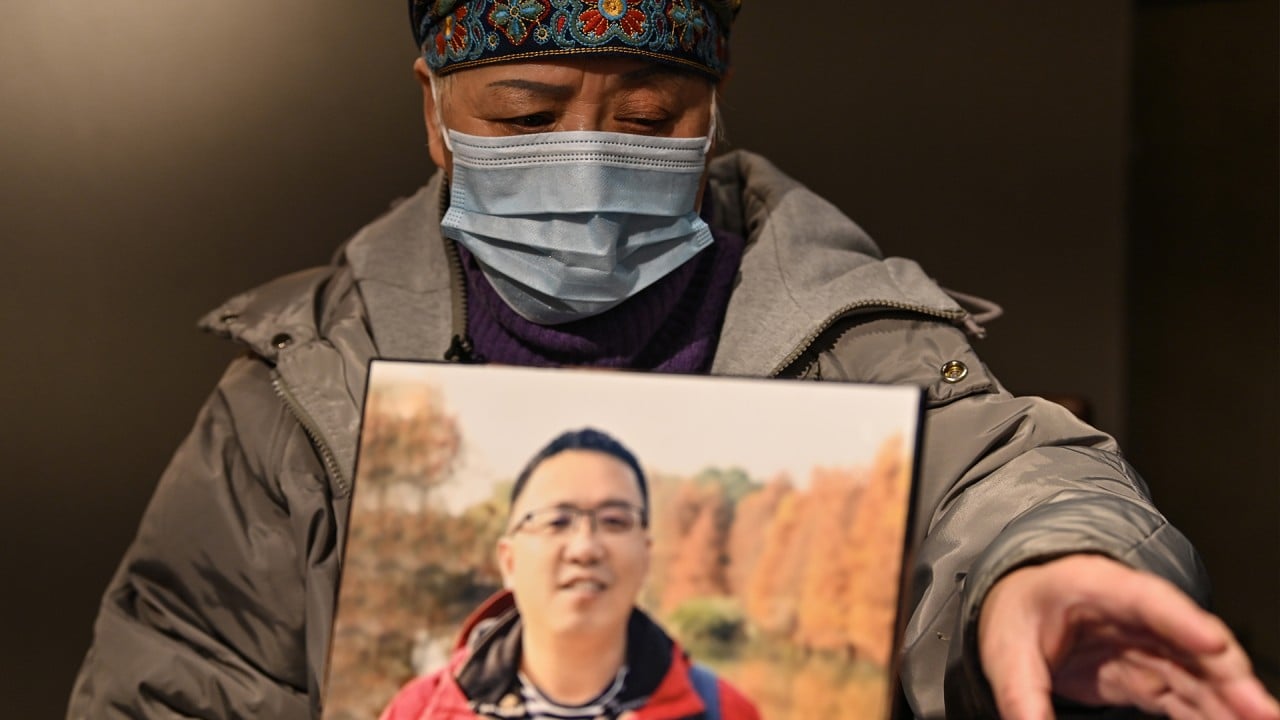 The experiences of three close friends showed how the economic slowdown caused by the epidemic had altered career trajectories.

“A real estate salesman was laid off,” she said. “An IT engineer quit because the employer could not pay salaries. An HR officer also quit because of a pay cut. Now they are all preparing for exams to get a job with the government.”

Ma, who as a teacher is a government employee, said her income had decreased slightly, but she could understand that amid the economic headwinds.

Zhang’s family lost millions of yuan in three years because their catering business was badly affected by the zero-Covid restrictions.

Wu Cai said her grandparents had lived through the Cultural Revolution and considered the disruptions caused by the zero-Covid strategy no big deal in comparison, but the epidemic had increased her sense of insecurity.

“I should have been going to school and all of a sudden it was switched to online teaching,” she said. “Travel could be cancelled out of the blue. Gradually, mentally, I felt that since nothing was certain, it was better to hurry up and do whatever I wanted to do.”