The Perfect Enemy | Why The Global Campaign For Ukraine Must Be Hyperlocal: View From South Africa & India
Skip to content
July 7, 2022
Read Time:7 Minute 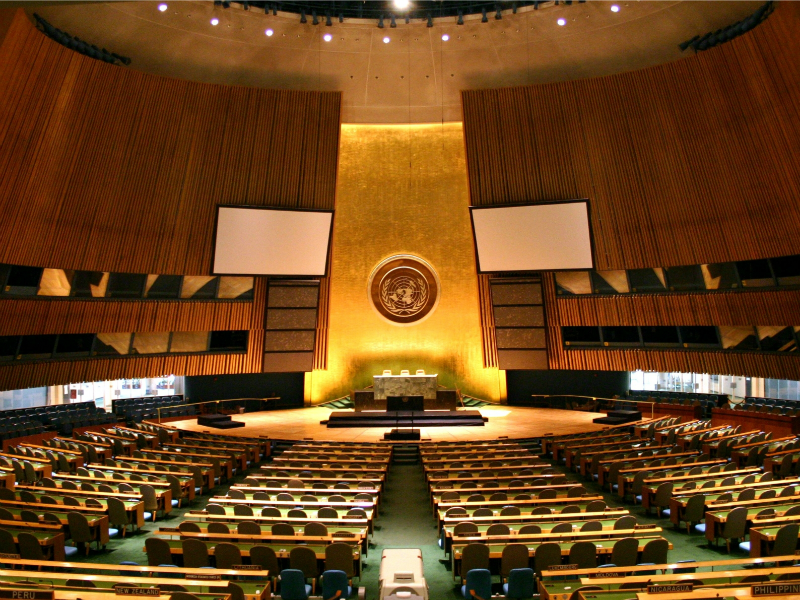 This article is part of the Ukraine Special Edition, a collaboration between PRovoke Media and the Ukraine Communication Support Network that draws together authoritative international voices to explore the ongoing war through a specific PR and communications lens. More here.

Truly global events – such as the COVID-19 pandemic and threat of climate change – are few and far between. And yet, while Russia’s brutal invasion of Ukraine may appear to be a geographically-limited conflict, its ramifications are proving genuinely global.

We only need to look at the profound impact on global food supply chains – and the potentially catastrophic ramifications for already-struggling populations around the world. And that’s before we even consider the complex interplay between the war and a range of military and diplomatic alliances (not least involving Russia, China, Syria and Turkey), which could have far-reaching impact across every continent.

The reactions to the invasion of Ukraine, though, have been truly global in nature, not only in terms of the war itself, but also the threat it poses to the international, rules-based order. However, a number of countries have not been as full-throated in their support for the Ukrainian people as many had hoped, with 33 countries – including India and South Africa – abstaining in a crucial vote on a UN resolution condemning the invasion on 2nd March.

Coming from the countries that gave us Mahatma Gandhi and Nelson Mandela, many have scratched their head at these positions. However, for all those hoping and campaigning for an end to the war, those abstentions contain a crucial lesson: even the most global campaigns must also be hyperlocal, reflecting and respecting local culture, politics and history.

The genesis of South Africa’s position

Let’s look at the background to South Africa’s and India’s respective positions in a little more detail and understand the context for each country’s decision. In South Africa, the ANC government’s reluctance to take a clear stance on the invasion and war – as some might have expected, following the decades-long struggle against Apartheid – stems from a number of related dynamics.

Given South Africa’s experience of Apartheid between 1948 and 1994 – and its engrained structural legacies since – issues of race and racism are naturally never far away from political debates and decisions. The numerous stories shared early in the invasion about ‘non-white’ refugees – particularly from Africa – allegedly being treated differently by dint of their ethnicity were widely discussed in South Africa.

In parallel, it has not gone unnoticed that NATO, the ‘West’ and northern hemisphere countries have (quite rightly) marshalled enormous support just months after the almost overnight withdrawal from Afghanistan, necessitated by the US’ pull-out. Alongside the seven-year-old Yemeni war (displacing a million people to date) largely dropping off the diplomatic radar and news agenda, these developments are seen by many in South Africa as evidence of Western structural racism.

Put another way, some South Africans argue that the West’s support for Ukraine stems partly from the fact that Ukrainians are ‘white’, when those suffering from persecution elsewhere in the world do not enjoy the same support, purely by dint of their ethnicity and skin colour.

These sentiments – valid or otherwise – find echoes in a long-standing, deep-seated resentment for colonialism and its legacy across the African continent still felt by many. These feelings relate not only to the less than savoury elements of British and Dutch involvement in the creation of modern South Africa, but also in the colonial history of the British, Dutch, French, German and Portuguese across the continent of Africa.

In short, there remains a strong seam of Pan-Africanism in South African politics and society, and despite the huge importance of international support for the anti-Apartheid movement, the behaviour of ‘the West’ is frequently discussed in the same breath as Africa’s colonial history.

Another crucial factor behind South Africa’s position is the country’s involvement in the BRICS and historical ties with Russia (albeit that Russia has just been frozen out of a BRICS reserve-pooling mechanism). The inclusion of South Africa in the BRICS in 2010 and resulting involvement in a major economic bloc able to balance the Western alliance, was seen as a major affirmation of the country’s return to the world stage, since the fall of Apartheid in 1994.

More concretely, South Africa’s signing of an MoU in 2015 to join China’s ‘Belt and Road Initiative’ (alongside 42 other sub-Saharan African countries), is a reminder of how deep BRIC involvement runs structurally. What’s more, there were many economic, political, financial and historical ties between the (then) Soviet Union, the ANC and the broader anti-Apartheid movement during the Apartheid era, with some current South African politicians (e.g. Social Development Minister Lindiwe Zulu) having studied and trained in Russia.

Finally, as a recent speech by South Africa’s Minister of International Relations and Cooperation noted, South Africa played a lead role in the creation of the ‘Non-Aligned Movement’ in 1961 and has been a proponent of the approach since. In short, the ambivalent position of the Ramaphosa government is a reflection of complex historical and cultural considerations.

The backdrop to India’s stance

The backdrop to India’s UN abstention is equally nuanced. In its Explanation of Vote, India reiterated the need to focus on dialogue and diplomacy as the “only answer to settling differences and disputes”, while calling for all efforts to be directed at an immediate cessation of violence and hostilities. However, there is a deeper explanation to India’s stance.

For decades, as geopolitical dynamics have evolved globally, India has enjoyed strong bonds with Russia, based mainly on military cooperation. India is largely dependent on Russian military equipment, particularly so in terms of its frequent border skirmishes with China and Pakistan. Antagonising Russia could, therefore, push that country even closer to China and Pakistan, neither of whom have openly condemned Russia for the Ukraine attack. India’s position is driven first and foremost by security considerations.

Historical factors also play a key role. During his 1955 visit to India, Soviet leader, Nikita Khrushchev, famously said: “We are so near that if ever you call us from the mountain tops we will appear at your side.” The USSR – and later Russia – kept that promise with India enjoying Russia’s support on the Kashmir issue across several international fora.

The Soviet Union vetoed a number of UN Security Council resolutions on Kashmir during the Cold War period (most notably in1957, 1962 and 1971), blocking the internationalisation of what India considers a bilateral issue. More recently, Russia became the first permanent Security Council member to describe India’s move on Kashmir as purely an internal matter and called for the conflict to be resolved under the Shimla Agreement of 1972 and Lahore Declaration of 1999.

At the same time, Russia has continued to back India’s claim to membership in the Nuclear Suppliers Group and campaign for a permanent seat in the UNSC, while also playing a key role in getting India into the eight-member, transcontinental Shanghai Cooperation Organisation (SCO). As with South Africa, therefore, India’s negotiation-led stance reflects both historical, security-led considerations and contemporary realpolitik.

In short, the success of any campaign to enlist the support of the global community for Ukraine must respect and reflect complex cultural, societal, political, economic and historic factors, rather than relying on oversimplified assumptions and expectations about how individual countries will behave.

Without that hyperlocal focus, any generalised pleas for change of heart – or voting position – on the part of South Africa, India or any of the other 33 abstainers risks ignoring these critical country-specific considerations.

Rod Cartwright is an independent strategic communications consultant and Nitin Mantri, is ICCO president and group CEO at AvianWE.

This article is part of the Ukraine Special Edition, a collaboration between PRovoke Media and the Ukraine Communication Support Network that draws together authoritative international voices to explore the ongoing war through a specific PR and communications lens. More here.

The Ukraine Communication Support Network (UCSN) is an international organisation of PR associations, agencies and advisors committed to helping the people of Ukraine through the power of strategic communications. To stay up to date with UCSN activities globally and to learn what’s happening in your country, please subscribe to the international newsletter.