The Perfect Enemy | What to Expect With Possible Side Effects of the Bivalent COVID Vaccine Booster Shots
Skip to content
September 29, 2022
Read Time:3 Minute 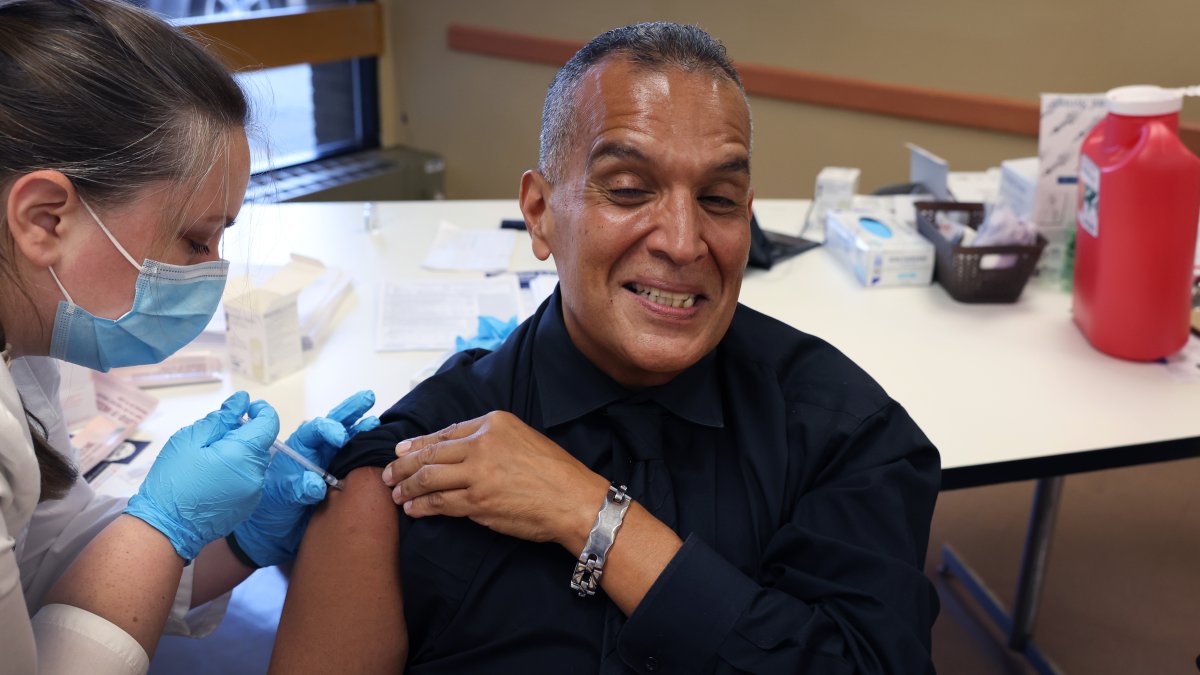 With the arrival of the long-awaited COVID-19 booster shots geared to target BA.4 and BA.5 omicron subvariants, many may be curious about its possible side effects as they prepare for another vaccination.

Turns out, the new boosters may not be much different from your last dose.

“We just don’t have any data on this [yet], essentially giving two vaccines in one shot — but biologically, I just wouldn’t expect the side effects, severity or the safety profile of the shots to be different from the current mRNA vaccines and boosters,” Dr. Paul Offit, director of the Vaccine Education Center at Children’s Hospital of Philadelphia and member of an independent advisory group to the U.S. Food and Drug Administration, told CNBC’s Make It.

Until now, COVID-19 vaccines have targeted the original coronavirus strain, even as wildly different mutants emerged. The new U.S. boosters are combination, or “bivalent,” shots. They contain half that original vaccine recipe and half protection against the newest omicron versions, called BA.4 and BA.5, that are considered the most contagious yet.

The combination aims to increase cross-protection against multiple variants.

“It’s a mix of two versions of the vaccine,” Chicago Department of Public Health Commissioner Dr. Allison Arwady said. “It’s both a booster protection against the original coronavirus strain – so it’s like getting the kind of booster that you’ve had all along – but new and for the first time, there also will be protection against the BA.4 and BA.5 omicron subvariants.”

The move by the FDA tweaks the recipe of shots made by Pfizer and rival Moderna that already have saved millions of lives. The hope is that the modified boosters will blunt yet another winter surge.

Appointments to receive the updated shots have been ramping up in Chicago-area pharmacies, with Illinois health officials urging community members to get the new dose.

“These new bivalent vaccines are designed to offer extra protection against the omicron variants, which are now the dominant strain of the virus,” Illinois Department of Public Health Director Dr. Sameer Vohra said in a statement. “Getting up to date now is especially important for those who are at risk of serious outcomes, as the updated vaccines offer protection from hospitalization and even death.”

The vaccine is now the primary shot that will be administered to those who are eligible and looking to get boosted throughout the country.

The Booster Shot Side Effects

The FDA states that those who receive the bivalent vaccine “may experience side effects commonly reported by individuals who receive authorized or approved monovalent mRNA COVID-19 vaccines.”

Among the side effects study participants who received the shots most commonly reported were:

The side effects were similar for both Moderna and Pfizer’s vaccines and largely mirror expected side effects for earlier doses.

The CDC stated that side effects with the third shot were also “similar to that of the two-dose series.”

The most common symptoms then included fatigue and pain at the injection site, but “most symptoms were mild to moderate.”

As with previous doses of the vaccine, the CDC notes that, “serious side effects are rare, but may occur.”

More than 188,000 Illinois residents have been given a dose of the newly-updated bivalent COVID-19 booster shots.

As a result of increasing demand for the bivalent vaccines, daily vaccination numbers have reached their highest point since February, the Illinois Department of Health said Friday. More than 21,000 daily doses have been administered, on average, over the past week, which is twice the daily average throughout the majority of summer.

According to the Centers for Disease Control and Prevention, only those who have completed a full COVID vaccine series — which consists of either two Moderna or Pfizer shots, or one Johnson & Johnson shot — are eligible to receive the modified booster. Additionally, the shots have certain age restrictions, which are listed below: