The Perfect Enemy | What is Paxlovid, Biden’s Covid-19 treatment?
Skip to content
August 11, 2022
Read Time:4 Minute
Considered a game-changer when it was authorized in December because of its strong performance in lowering the risk of severe Covid-19, Paxlovid — in combination with vaccines and boosters — is thought to be one of the best ways to protect people at high risk for severe illness.
Because of these advances, Biden’s experience with the coronavirus should look a lot different from that of President Donald Trump, who was in the hospital for days in October 2020.

Paxlovid is an antiviral medication from Pfizer that uses two drugs: nirmatrelvir and ritonavir. It comes in pill form.
The US Food and Drug Administration has authorized Paxlovid for emergency use in people ages 12 and up who weigh at least 88 pounds and who have mild to moderate Covid-19 but are at high risk for severe disease.
The standard regimen is three pills twice daily for five days.

Biden’s age — 79 — puts him at risk for severe Covid-19. But the US Centers for Disease Control and Prevention says older adults who are fully vaccinated and boosted significantly reduce their risk of hospitalization and death.
Biden is double-boosted. He got his initial vaccination series before his inauguration in January 2021. He got his first booster in September and his second booster March 30. 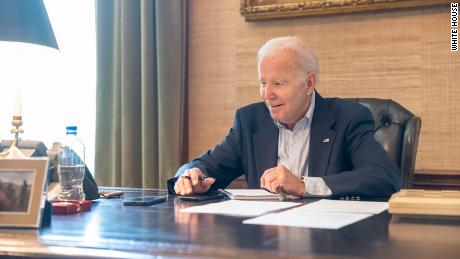 Biden’s symptoms are mild. He has a runny nose, an occasional cough and some fatigue.
The President’s doctor, Dr. Kevin O’Connor, said in a letter Friday that Biden had a temperature of 99.4 degrees on Thursday evening. He took Tylenol, and his temperature has remained normal since.
Because Paxlovid can interact with other medications, O’Connor temporarily took Biden off Crestor and Eliquis, two heart medications he takes for his pre-existing conditions. Doctors say there is no short-term risk to stopping these drugs.

How does Paxlovid work?

Paxlovid suppresses the coronavirus, blocking an enzyme that helps the virus reproduce inside the body.
As with all antivirals, the treatment is thought to work best if people start taking it within five days of their first symptoms.

How successful is it?

Clinical trials of Paxlovid showed that it reduced the risk of hospitalization and death by 88% when given within five days of the start of symptoms.
However, the drug was tested in unvaccinated people during the Delta variant surge, so the results could look different for people who take the pills now, with the Omicron variant dominant.
Pfizer has said the drug works well against Omicron, and additional lab studies have shown similar results. 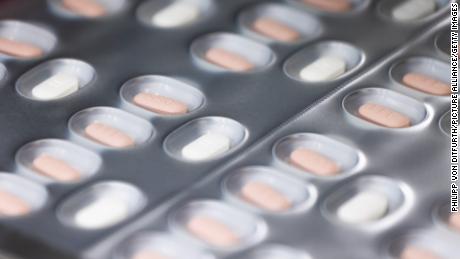 “Joe Biden is vaccinated and twice boosted, that in and of itself decreases his risk of severe disease, hospitalization or death,” Dr. Megan Ranney, an emergency physician and academic dean of public health at Brown University, said Thursday. “You add on to it Paxlovid, which reduces — even in vaccinated people — that risk of hospitalization by another 80% to 90%, and the chance of anything bad happening to him is virtually zero.”

What about side effects?

Paxlovid’s side effects are considered mild and could include diarrhea, increased blood pressure, muscle aches, stomach pain, nausea and an altered sense of taste.
Allergic reactions include hives, trouble swallowing or breathing, swelling of the mouth, throat tightness, hoarseness and rash. Liver problems are also possible.
Doctors say the medication is usually well-tolerated.

What about a rebound?

“There have been people who have had Paxlovid relapse. That is, although Paxlovid suppresses [symptoms] for a period of time while you’re taking it, five days, after that, some people get a recurrence of some of their symptoms. So we’ll just have to watch that,” Dr. William Schaffner, a professor in the division of infectious diseases at Vanderbilt University Medical Center, said Thursday.
In May, the CDC issued a health advisory to let doctors know about the potential for recurrence of Covid-19 with Paxlovid, but the agency continues to recommend using it. 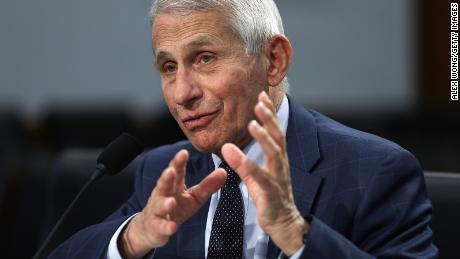 Rebound cases have been reported between two and eight days after initial recovery. Most people who had new symptoms said they resolved in about three days, even without additional treatment.
Dr. Anthony Fauci, director of the National Institute of Allergy and Infectious Diseases, said that when he got Covid-19, he took a five-day course of Paxlovid and was feeling better but had a rebound with worse symptoms. He went back on the drug and recovered.
Ranney and other doctors say they don’t like to think of it as a rebound infection. Rather, Paxlovid does a good job of suppressing the virus and preventing the damage it can do, but it’s possible that the virus is not fully eliminated from the body and re-emerges.
Some scientists think that some people metabolize Paxlovid more quickly than others and that they may need a longer course of treatment. Research is still underway.
“We’re not seeing folks who end up with those symptoms with a need for hospitalization after taking Paxlovid, so the term ‘rebound’ I don’t like because it scares people away from taking Paxlovid,” Ranney said.
The CDC says it doesn’t think that a return of symptoms is a sign of reinfection or a development of resistance to Paxlovid. The number of people who rebound is nominal, early research shows.
White House Covid-19 Response Coordinator Dr. Ashish Jha downplayed concerns over the potential that Biden might rebound while taking Paxlovid.
“The best clinical data we have suggests it happens about 5%, 7% of the time,” Jha said Friday. “It’s pretty infrequent, and the good news is, even when that happens, people end up doing just fine.”
Facebook
Twitter
Pinterest
LinkedIn
Email
Tags: Coronavirus, Vaccines