The Perfect Enemy | ‘We Have Rewritten the Political Map’: How the GOP Turned Florida Into a Red State
Skip to content
December 6, 2022
Read Time:5 Minute 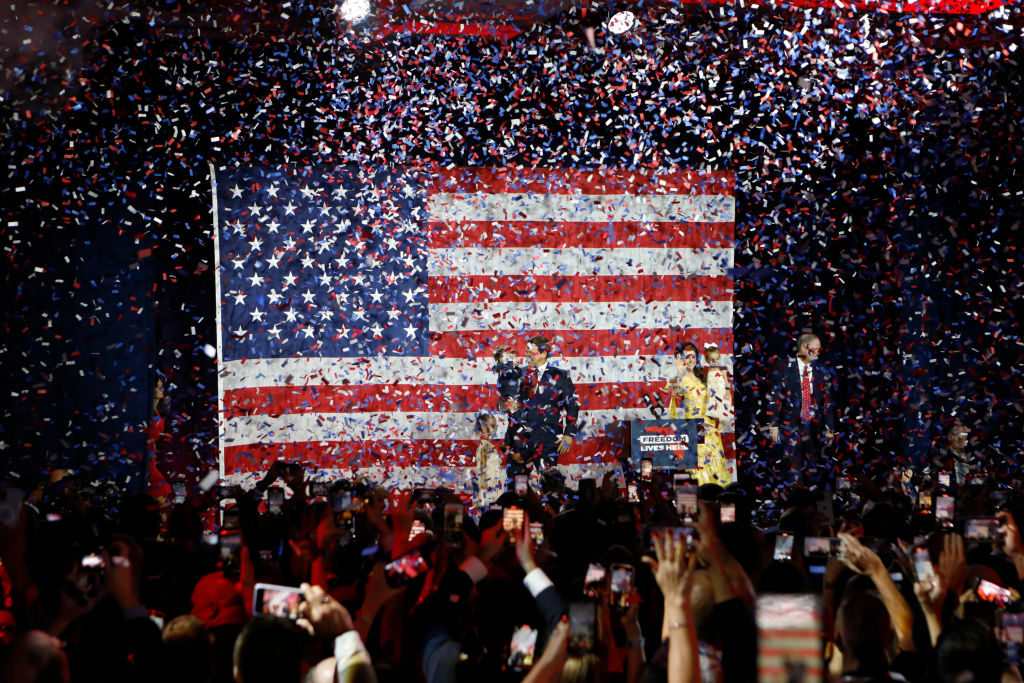 Aaron Bean has seen a lot during his more than two-decade career in Florida politics. The Republican won his first state House campaign during Florida’s razor-tight presidential contest in 2000, and he went on to serve in the legislature under four different GOP governors before his election to the U.S. House last week.

But even a grizzled Sunshine State political veteran such as Bean had not witnessed the level of success his party enjoyed during Tuesday’s midterms. Republicans dominated up and down the ballot, a resounding success that cemented Florida’s transformation from the nation’s premier swing state to a conservative stronghold. “We not only won this election,” Governor Ron DeSantis (R.) said during his victory speech Tuesday night, “we have rewritten the political map.” That rewriting, top party officials and strategists say, is attributable to three primary factors: years of effective and popular governance, an influx of new residents seeking freedom from stringent COVID restrictions, and a large-scale minority voter outreach effort.

“The legislature has been constantly reducing taxes, making it better to open up a business here, increasing school choice, giving more freedom—that’s been going on for 25 years. And then DeSantis just rocked it over the last few years with COVID, giving a clear distinction of Florida versus the rest of the country,” Bean, who won his own congressional race Tuesday by a whopping 21 points, told the Washington Free Beacon. “And I think all of that culminated in the red wave blowing very hard in the state of Florida. So it’s pretty good stuff, man. It’s good to be in the free state of Florida for sure.”

How they turned Florida red is a story of a successful Governor DeSantis, but it’s also thanks to the pandemic. The policies Bean cites have long attracted an influx of new Floridians—even before COVID, Florida routinely led the nation in net migration. The pandemic, however, brought a unique breed of new residents, Republican congressman Mike Waltz said: those who moved specifically to avoid lockdowns and other COVID restrictions. A whopping 220,890 people flocked to Florida between July 2020 and July 2021, according to U.S. Census Bureau data, giving Republicans an opportunity to register and mobilize new voters who had already bought into DeSantis’s vision for the state.

“As so many people moved in, on the Republican side, we re-registered them. So if they were moving from New York, New Jersey, or Massachusetts, or wherever they were escaping from to come to Florida, we very aggressively registered them to vote Republican,” Waltz told the Free Beacon. “The Democrats didn’t do that. The Democrats completely shut down their ground game and their registration game. So that actually exacerbated the registration advantage, and I give the Florida GOP a lot of credit for that.”

That registration push brought historic results, even before polls opened Tuesday. From 2020 to 2022, Republicans added more than 100,000 voters into their folds while Democrats lost 330,000, a swing that saw the GOP erase Democrats’ registered voter advantage for the first time in Florida’s history.

Those moves, committee officials say, helped deliver impressive margins with Hispanic voters. Republicans won a majority of voters in Miami-Dade County, which includes Doral and has a heavy Cuban presence, for the first time since 2000. DeSantis won the county by 11 points just four years after he lost it by 20 points, marking an incredible 31-point swing. DeSantis also flipped Tampa’s Hillsborough County, Jacksonville’s Duval County, Boca Raton’s Palm Beach County, and the Puerto Rican-rich Osceola County, areas that he lost by a combined 51 points in 2018. In total, DeSantis won 57 percent of Florida Hispanics, an outcome that Republican strategist Giancarlo Sopo expects the party to repeat beyond 2022.

“I think Cuban Americans in particular have historically been a Republican constituency, and I don’t expect that to change in the near future,” Sopo told the Free Beacon. “But what’s remarkable about this is that the Cubans who are being won over are not my grandparents’ generation—Republicans are making gains among the younger Cuban Americans under 40. All of this speaks to the incredible popularity of Republicans’ agenda.”

Some Florida Democrats have already responded to their historic failures by blaming the national party, which they say did not equip the Sunshine State with adequate resources to compete with their Republican counterparts. “The national Democratic Party abandoned our state as far as funding and resources,” liberal state legislator Carlos Guillermo Smith told the Tampa Bay Times. “They pull resources from us, and it makes it very, very difficult for us to be successful,” Democratic state senator Lauren Book added.

But Florida Democrats’ abysmal midterm performance will likely worsen their funding woes as party leaders look to spend in states they feel they have a better shot of carrying. Top Democratic strategist James Carville went as far as to say Democrats would be “better off looking harder at Mississippi”—a state former president Donald Trump won by 16 points in 2020—than Florida. And given Florida’s size and national prominence, RNC officials in the state told the Free Beacon they do not expect the committee’s investment there to dry up going forward.

“Yeah, Florida is a red state,” Waltz boasted. “Good governance matters, and people love the results. We’re seeing all of that come together.”

A closely divided N.H. House will kick off with votes on Speaker, Secretary of State