The Perfect Enemy | Viewpoints: It’s yet another tough year in our new ‘Age of Anxiety’
Skip to content
December 2, 2022
Read Time:11 Minute 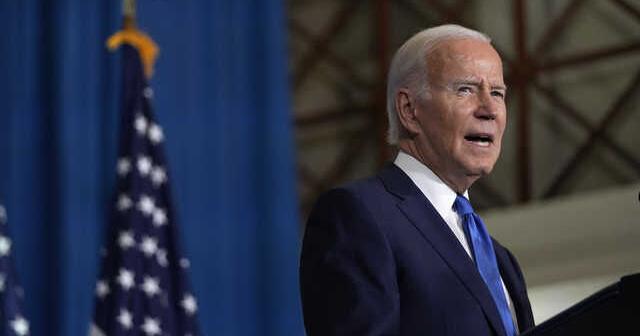 “As the nation enters the political year, an unmistakable mood of depression and uncertainty lies across the land. Though the country continues to enjoy a broad-based prosperity and finds itself fighting no wars anywhere in the world, an overwhelming number of us have very little confidence in our political system and the government it provides.”

– From “The Almanac of American Politics,” by Michael Barone, Grant Ujifusa and Douglas Matthews.

That passage came from a book previewing the 1980 election, but it could easily apply today. Like almost every election in this century, Americans are angry, disappointed and divided. Republicans have the issues of inflation and general voter dissatisfaction going for them. But Democrats may be able to strike back with suburban women worried about the new threat to abortion rights and lingering public anger over the Jan. 6, 2021, Capitol riot – and fear of a possible Donald Trump comeback. Gerrymandering and the historic pattern of the president’s party losing House seats in off-year elections make the Republicans solid favorites to gain the (only) four seats they need to take control of the House of Representatives. Meanwhile, the battle for the U.S. Senate will tell us if any possible Republican tide is strong enough to pull in controversial candidates like Herschel Walker in Georgia and “Dr. Oz” in Pennsylvania.

There can be no doubt that voters are in a foul mood: Polls have consistently shown that more than 60% of Americans believe that the country is on the wrong track. This merely continues the pattern for much of the 21st century. Except for a brief time after 9/11, majorities of American have been pessimistic. And when voters have been mad – as in 2006, 2010, 2014 and 2018 – they have turned over one or both Houses of Congress to the opposition party.

Two distinct patterns have emerged over the last generation. First, in high-turnout presidential elections, Democrats have the advantage in the national popular vote due to huge margins in coastal states like New York and California, while Republicans usually have the advantage in the numerous smaller states in the Electoral College. George W. Bush in 2004 is the only Republican nominee since the 1980s to carry the national popular vote while W. Bush in 2000 and Donald Trump in 2016 both “drew the inside straight” of winning a majority of states in the Electoral College while losing the popular vote.

Republicans have another advantage in both presidential and congressional elections: Their voters tend to be spread out more “efficiently” across suburbs and rural areas while Democrats do overwhelmingly well in dense cities. In both presidential and House elections, Democrats have a fair amount of “wasted” votes in the big cities of the coastal states. So, even a small Republican lead in the national House vote polls – and they have usually been slightly ahead since Oct. 1 – translates into a Republican majority.

Research by political science professors indicate that the three most important variables in off-year elections are: 1) the president’s job approval rating; 2) net change in family incomes; and 3) how people view the state of the nation.

This year, all three factors favor the Republicans – on paper. President Biden’s job approval rating turned negative according to the Gallup Poll in the summer of 2021 after the tumultuous withdrawal from Afghanistan and he has mostly stayed “underwater.” His ratings improved somewhat in the last 90 days, but he’s still not back in positive territory. Steve Kornacki, the “nerd-superstar” analyst on MSNBC says that Biden’s low approval marks put Democrats in the “danger zone” and I agree. While family incomes are up slightly in the recovery from Covid-19, the highest inflation rate in four decades has eroded the gains for most workers. Third, as noted above, voters have told the pollsters that the country is on the wrong track over 90% of the time since Biden took office, sometimes by margins of 50 points.

Perhaps more importantly, Biden and the House Democrats face tough history: In the last 100 years, the opposition party has gained House seats in 22 of the 25 midterm elections, a success rate of 88%. The three exceptions were: 1) in 1934 when voters approved of Franklin Roosevelt’s New Deal programs; 2) in 1998, when House Republicans, led by Newt Gingrich, overplayed their hand in the impeachment of Bill Clinton; and 3) in 2002, after the “rally-round-the-flag” effect of 9/11. When a president of either party makes choices in governing, those who are unhappy tend to be more active voters. On the other hand, the extra voters who turn out in presidential years to provide the margin of victory often “drop off” in midterm elections when the excitement usually isn’t there. Non-presidential elections have historically been forums for the opposition.

Since 1950, roughly the television age in American politics, the average gain in the House for the opposition in a president’s first midterm election has been 23 seats. Since the Republicans performed above expectations in 2020 when they gained House seats in spite of Biden’s victory, they will only need to gain four seats to claim a majority. That number is easily doable in historic terms. Moreover, Congress has a job approval rating only slightly better than used car salesmen, thus adding to Democratic woes.

So, both the short-term forces (inflation, crime, etc.) and the long-term forces (the history of midterm gains for the opposition party and the fact that Republicans need to gain so few seats in the House) point to an easy victory for Republicans on Nov. 8. In a normal midterm, Republicans could expect to coast to enough wins just by showing up.

But is it normal?

But 2022 may not be a normal midterm. As California Democratic consultant Steve Kamp points out, there are two huge “cross-cutting” issues that could upend the Republicans and save the Democrats: abortion and an unease among voters that (some) Republicans no longer believe in American democracy.

First, the Supreme Court overturning abortion rights has apparently activated many younger women to vote: Numerous studies have shown that a majority of newly-registered voters since the Supreme Court overturned Roe v. Wade in June have been women. In August, a ballot measure to completely ban abortion in normally Republican Kansas lost by nearly 20 points, a clear warning for Republicans. This fall, there will be ballot measures to clarify laws on abortion in California, Kentucky, Michigan, Montana and Vermont. Both surveys and the voting results in Kansas showed that roughly a third of Republican women and a majority of independent women voted for the pro-choice side. After the Kansas vote, even the usually conservative Wall Street Journal cautioned Republicans to be very careful on this issue. Since college-educated women have the highest turnout of any group in the country, a surge of their votes to Democrats would result in victory just about everywhere.

Second, a majority of Americans were alarmed by the events of Jan. 6, 2021, when pro-Trump demonstrators stormed Capitol Hill and many police officers were injured. A Marist poll revealed that 73% of Americans believed that Trump was at least somewhat responsible for the events of that day, which 72% called a “riot” and 56% called “an insurrection.” An ABC/Washington Post poll showed that 89% had a negative view of the riot, including most Republicans. A Suffolk University survey found that 57% were “very concerned” about the future of democracy. So, if Republicans are seen as being soft on political violence, that would definitely damage them with swing voters.

With the public divided over abortion and unhappy with Jan. 6, what should have been an easy Republican victory in the House elections has been thrown into doubt.

Strange in the Senate

The battle for the Senate is even more complex. Due to a good showing in 2016, Republicans will have to defend 21 of the 35 seats up for election this year. With Republicans currently holding 50 seats, they will need a net gain of just one seat to seize control. Since the historic average gain is 3 seats, Republicans would normally be in great shape.

But the problem for Republicans this year is a poor recruiting class. California Republican Analyst Tony Quinn described the tea party candidates in 2010 and 2012 like Christine O’Donnell in Delaware and Richard Mourdock in Indiana as “horse manure.” Similarly, the Republican crop of nominees in 2022 have numerous problems: In Georgia, former football star Herschel Walker has 100% name recognition, but his personal life is apparently a shambles. Blake Masters in Arizona keeps repeating that the 2020 election was stolen, J.D. Vance in Ohio is a best-selling author but untested as a politician and in Pennsylvania, Dr. Mehmet Oz’s medical career has often been controversial. In Nevada, Adam Laxalt, the son of one senator and grandson of another, is an election-denier. With better candidates, Republicans would be a cinch, but even Republican Senate Leader Mitch McConnell admitted that “candidate quality” may hurt the Republican cause in 2022.

The Senate races in Arizona, Georgia, Nevada, Ohio and Pennsylvania will be true tests of whether there is a big Republican wave. If any or most of these problematic candidates can be pulled to victory, that would be a sign of a Democratic wipeout like 1994 or 2014. If that happens, Republican Sen. Ron Johnson will be safe in Wisconsin, Democrat Maggie Hassan will likely lose in New Hampshire and Patty Murray of Washington, whose seat has been safe for 30 years could, also go down.

With a third-party candidate running in Georgia, it’s possible that a run-off will be required in December. So, for the second consecutive cycle, Senate control could come down to an “overtime” election in Georgia.

Most gubernatorial races are expected to follow classic red/blue states patterns. The one chance for a big Republican surprise is here in New York, where Gov. Kathy Hochul has seen a double-digit lead cut sharply. George Pataki upset then-Gov. Mario Cuomo in the 1994 GOP sweep. It’s unlikely, but history could repeat itself if the red tide is powerful enough. About the only governor’s race with national implications is in (of course) Florida where Ron DeSantis, a possible 2024 Republican presidential candidate, is being challenged by former governor, Republican-turned-Democrat Charlie Crist. DeSantis has consistently led in the polls, but if Crist were to come back, that would be the end of DeSantis’ career – and make Crist a likely favorite to go on a future Democratic national ticket.

Two of the best congressional analysts, Charlie Cook and Nate Silver, both rate the Republicans as solid favorites to take the House with the Senate too close to call. I agree – and watch Pennsylvania, Georgia, Arizona and Nevada.

What are we left with? Another bare-knuckled brawl that won’t solve much. With Republicans almost a certainty to take the House facing off against a Democratic president, it almost guarantees more gridlock.

Patrick Reddy is a Democratic political consultant from California.

Catch the latest in Opinion

Get opinion pieces, letters and editorials sent directly to your inbox weekly!