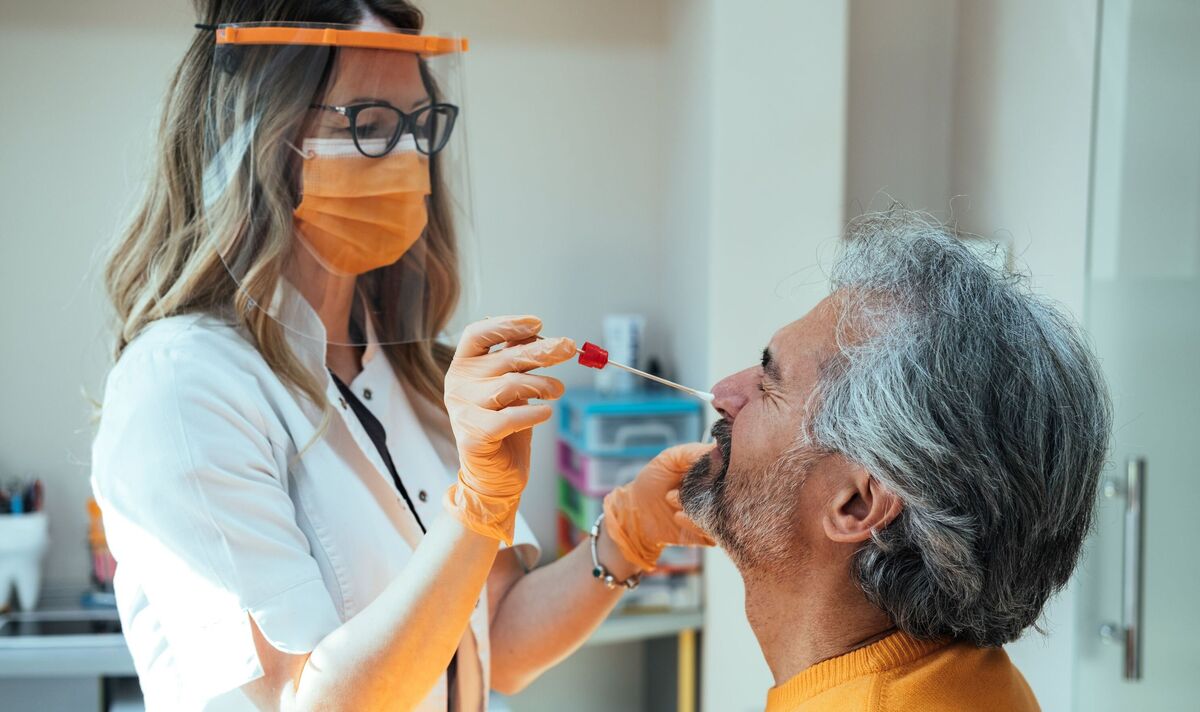 Almost half of the cases are thought to have been caused by a new fast-spreading Omicron subvariant XBB.1.5 which is behind 43 percent of cases in the US last week, the Centres for Disease Control and Prevention (CDC) stated. The new subvariant is the most transmissible at the moment which can bypass some aspects of the vaccine and immunity provided by antibodies.

However, experts have said that booster vaccines are still protecting the public against the most severe symptoms, hospitalisation, and death.

The subvariant has been identified in over 25 countries and has been increasing globally, according to the General of The World Health Organisation.

Experts in America have warned that citizens should continue to take precautions as in the pandemic including boosters, facemasks, ventilation, and antivirals.

Neil Sehgal, an assistant professor of health policy and management at the University of Maryland School of Public Health said that uptake for the most recent booster has been “pitiful”.

He noted that despite an increase in cases, there have not been any changes to mandates about precautions such as face masks or a renewed interest in testing.

According to the CDC, Covid hospital admissions are at the fourth-highest rate of the pandemic with hospitals “at maximum capacity”.

The President of the New Hampshire Health Care Association, Brendan Williams said: “I’m not sure what the trajectory of this thing’s going to be, but I am worried.”

Coronavirus deaths in the US increased by 44 percent from 2,705 in the first week of January to 3,907 in the second week.

He said: “Boosters really do make a difference. The severe cases we are seeing are probably at least somewhat avoidable, if folks make sure that they stay updated on vaccination, because that’s still the safest way to gain immunity.

“When we could be wearing a mask, why aren’t we?”

Meanwhile, Williams voiced his frustration with the public and said: “It just doesn’t seem like people are wearing masks and getting boosted – people aren’t taking any of this serious.

“We just seemed to declare that when it comes to Covid mortality, we’re number one, and that’s a title that we’re not going to relinquish to any other country.”