The Perfect Enemy | US and Taliban exchange proposals for release of funds: Reuters
Skip to content
August 11, 2022
Read Time:4 Minute 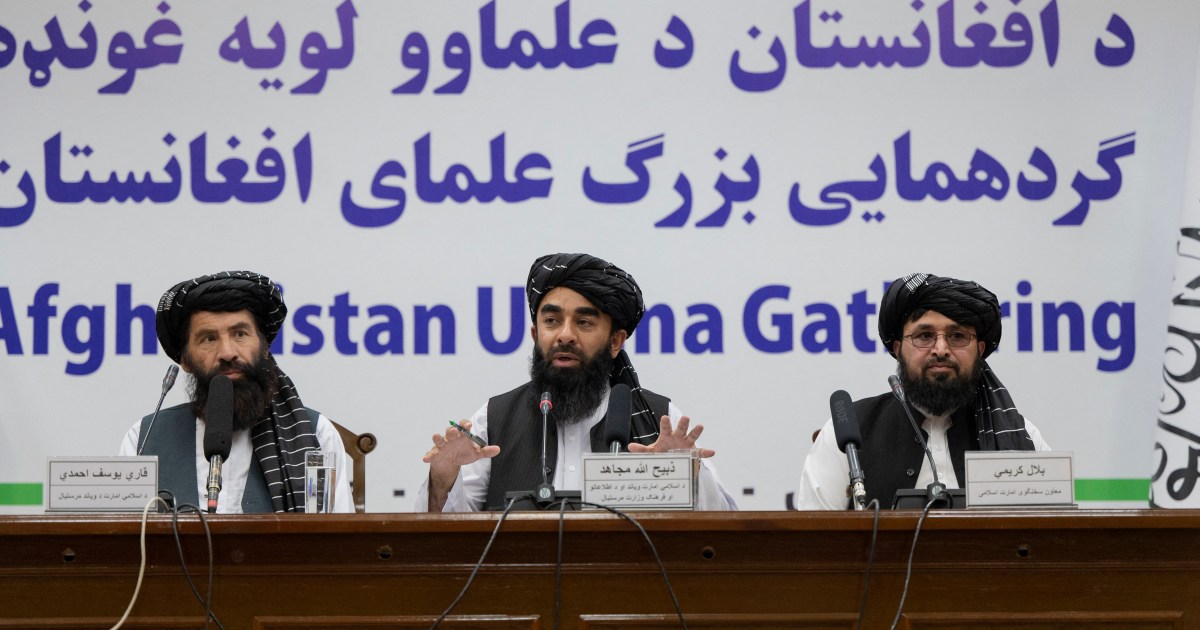 US and Taliban officials have exchanged proposals for the release of billions of dollars from Afghan central bank reserves held abroad into a trust fund, three sources familiar with the talks told the Reuters news agency, giving a hint of progress in efforts to ease Afghanistan’s economic crisis.

Significant differences between the sides remain, however, according to two of the sources, including the Taliban’s refusal to replace the bank’s top political appointees, one of whom is under US sanctions as are several of the movement’s leaders.

Some experts said such a move would help restore confidence in the institution by insulating it from interference by the armed group that seized power a year ago but which foreign governments do not recognise.

While the Taliban do not reject the concept of a trust fund, they oppose a US proposal for third-party control of the fund that would hold and disburse returned reserves, said a Taliban government source who spoke on condition of anonymity.

The United States has been in talks with Switzerland and other parties on the creation of a mechanism that would include the trust fund, disbursements from which would be decided with the help of an international board, according to a US source who also declined to be named to discuss the matter.

A possible model could be the Afghanistan Reconstruction Trust Fund, a World Bank-administered fund created to get donations of foreign development assistance to Kabul, the US source added.

“No agreement has been reached yet,” said Shah Mehrabi, an Afghan-American economics professor who is on the Afghan central bank’s Supreme Council.

The US State Department and Switzerland’s Federal Department of Foreign Affairs declined to comment; the Afghan central bank did not respond to requests for comment.

Some $9bn in reserves have been held outside Afghanistan, including $7bn in the United States, since the Taliban overran Kabul last August as US-led forces withdrew after 20 years of battling the group.

Foreign governments and rights groups have accused the Taliban of human rights abuses including extrajudicial killings during and after the insurgency, and the movement has curtailed women’s freedoms since regaining power.

The international community wants the group to improve its record on women’s and other rights before officially recognising it.

The Taliban have promised to investigate alleged killings and say they are working to secure Afghans’ rights to education and free speech within the parameters of Islamic law.

At talks in Doha last month, the Taliban submitted to US officials their response to the US proposal for a mechanism to free up Afghan assets, said Mehrabi, the Taliban official and a senior diplomat.

Experts cautioned that releasing funds would bring only temporary relief and new revenue streams were needed to replace direct foreign aid that financed 70 percent of the government budget before it was halted after the Taliban assumed control.

But the exchange of proposals was seen by some as a glimmer of hope that a system can be created that allows for the release of Afghan central bank funds while ensuring they are not accessed by the Taliban.

Negotiations on the assets and other issues faltered after Washington cancelled meetings in Doha in March when the Taliban reneged on their promise to open girls’ high schools.

“It is a positive move overall,” that the Taliban did not reject the US proposal, said Mehrabi, who added that he had not seen the Taliban counter-offer.

The Taliban official said the group was open to allowing a State Department-appointed contractor to monitor Afghanistan’s central bank compliance with anti-money laundering standards, and that monitoring experts would be able to go to Afghanistan.

But the Taliban were concerned the US idea could create a parallel central banking structure, the official added, and were not prepared to remove top political appointees including Deputy Governor Noor Ahmad Agha, who is under US terrorism sanctions.

The US source denied the proposed trust fund would amount to a parallel central bank.

Negotiations have focused on an initial release of $3.5bn that US President Joe Biden ordered set aside “for the benefit of the Afghan people” out of $7bn in Afghan reserves held by the Federal Reserve Bank of New York.

The other $3.5bn is being contested in lawsuits against the Taliban stemming from the September 11, 2001 attacks on the United States, but courts could decide to release those funds too.

US Special Representative for Afghanistan Tom West in February said funds set aside by Biden potentially could be used to recapitalise a reformed central bank and the paralysed banking system.

Afghanistan’s economy went into freefall after the Taliban takeover, with the central bank’s foreign-held reserves frozen, Washington and other donors halting aid and the United States ending deliveries of hard currency.

The banking sector all but collapsed and the national currency, the Afghani, plummeted.

The World Bank says it has strengthened, although shortages of dollars and Afghanis persist. High unemployment and soaring prices, heightened by drought, the COVID-19 pandemic and Russia’s invasion of Ukraine, worsened a humanitarian crisis.

The United Nations says millions of Afghans are facing a second winter without enough to eat.

Experts said releasing foreign-held funds to the central bank would help it stem the crisis.

“You need a central bank regulating the value of the currency, regulating prices, ensuring liquidity for imports … this is not optional. People won’t eat,” said Graeme Smith, a senior consultant for the International Crisis Group.